Energy Secretary Rick Perry is taking heat for using campaign funds to cover the travel expenses of his wife, Anita Perry, as she accompanies him on work-related trips around the world, according to financial disclosure forms.

Anita has accompanied her husband on a number of work-related trips since he began leading the Department of Energy in early 2017. In order to cover these costs, the couple has spent about $60,000 from “Texans for Rick Perry,” a campaign fund from Perry’s days as Texas governor. Anita has used the old campaign funds to cover four different trips in 2017 to Rome, Paris, Vienna, and Cape Town, South Africa, according to financial disclosure forms.

The expenditures caught the attention of Texans for Public Justice, an Austin-based non-profit that focuses on political corruption, which called Perry’s action’s inappropriate.

While the energy secretary’s use of old campaign cash for his wife’s travels has garnered controversy, he has not broken any laws.

A politician is allowed to spend money on a spouse “if the travel is in connection with the performance of duties of the officeholder’s office,” according to the Texas Ethics Commission. This law stands even if a Texas candidate transitions to federal office — such is the case with Perry. Had the money for Anita’s travels been taken from federal funds, the transactions would’ve been illegal under the Ethics Reform Act of 1989. 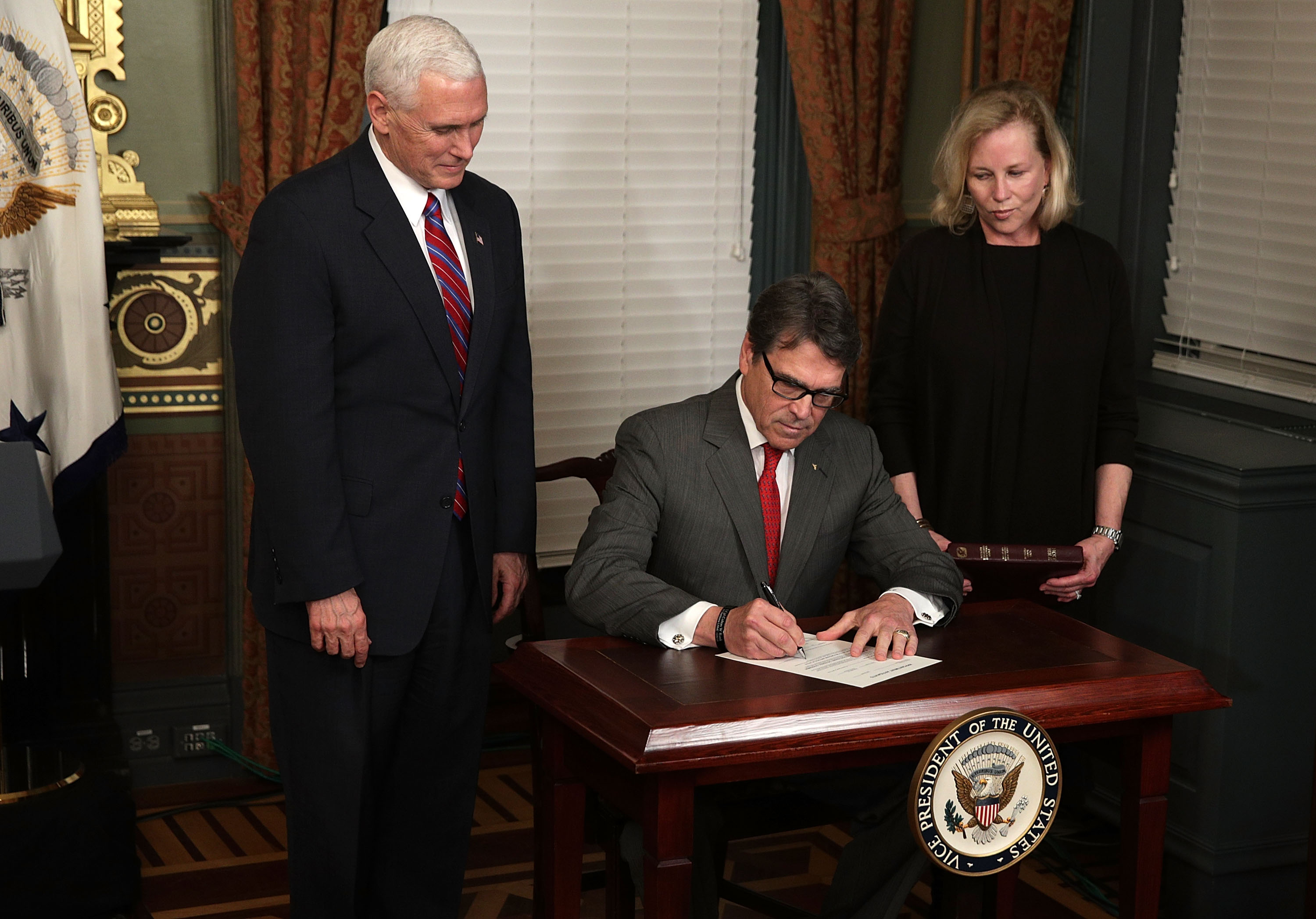 WASHINGTON, DC – MARCH 02: Rick Perry signs the affidavit of appointment during a swearing-in ceremony, officiated by Vice President Mike Pence (L), as Perry’s wife Anita (R) looks on in the Vice President’s ceremonial office at Eisenhower Executive Office Building March 2, 2017 in Washington, DC. Perry has been sworn in as the Energy Secretary for the Trump Administration. (Photo by Alex Wong/Getty Images)

“Mrs. Perry has traveled with Secretary Perry on occasion, adding valuable support to him as he advances DOE’s mission abroad,” Energy Department Shaylyn Hynes said in a statement. “As these filings confirm, no taxpayer dollars have been spent on Mrs. Perry’s air travel and funding for it is authorized under State and Federal laws and regulations.” (RELATED: US Will Ship Gas To Poland For Next 24 Years)

The energy secretary, for his part, has been very transparent about his wife’s travels. In statements submitted to the House Energy and Commerce Committee, Perry made clear that Anita’s travels with him had been reviewed and approved by the DOE’s Office of the General Counsel.