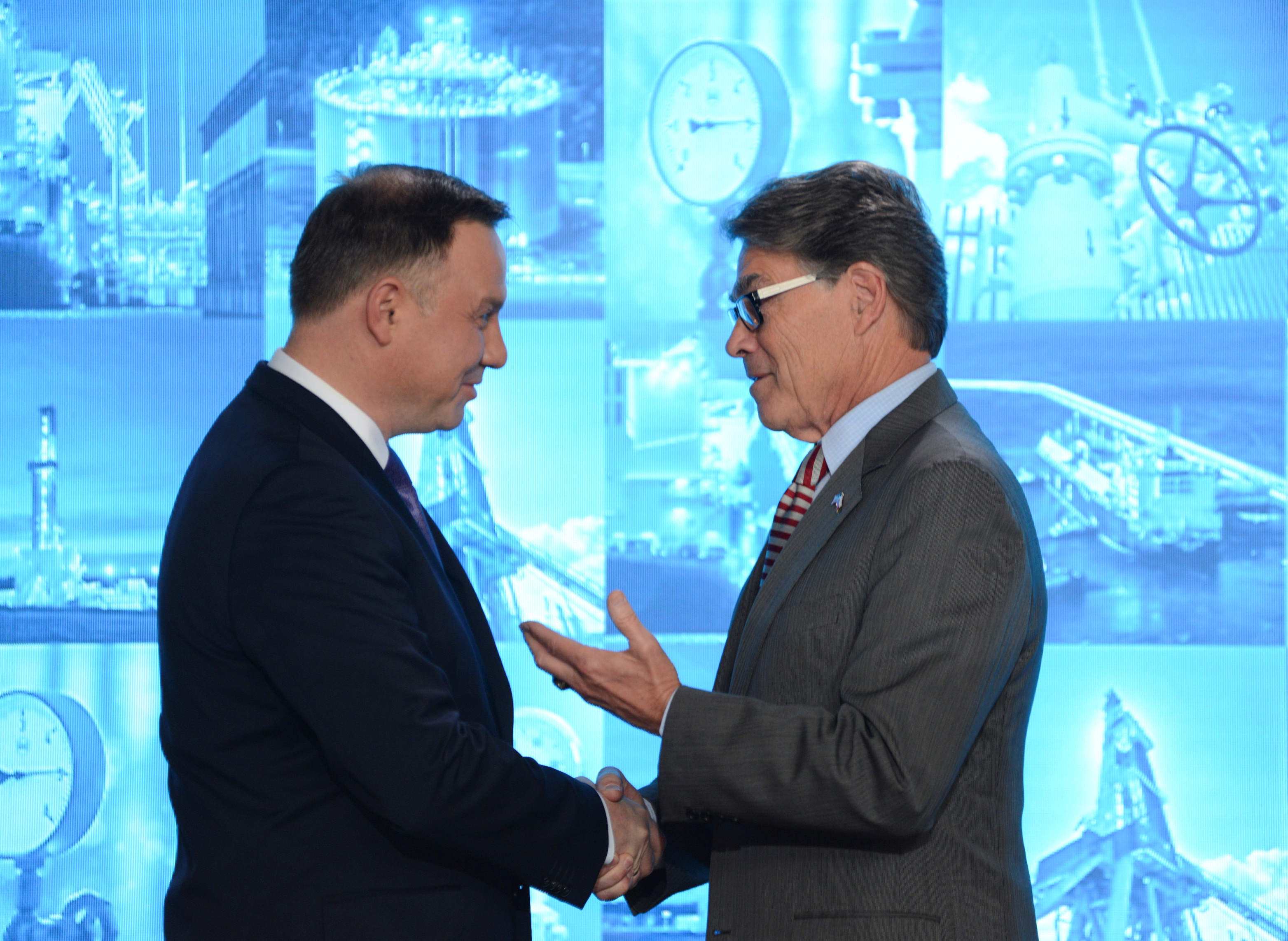 “This is a sign across Europe that this is how your energy security will be developed, your energy sources diversified,” Perry said at the ceremony, according to the AP.

While the deal’s value was not disclosed, Polish gas company PGNiG will receive shipments of liquified natural gas from the U.S. at roughly 25 percent less cost than what it is currently paying Russia, Piotr Wozniak, the president of PGNiG’s management board, told the AP.

President Donald Trump has promoted U.S. natural gas to European countries to lessen their dependence on Russia, which has historically used its vast energy reserves as leverage against other countries.

Trump met with Duda in the White House on Sept. 18 to discuss energy issues and potential agreements between the two countries.

“The United States and Poland are deeply committed to energy diversity all across Europe. No nation should be dependent on a single foreign supplier of energy,” Trump said at the meeting, taking a swipe at Russia. “Soon, our nations will launch a high-level diplomatic exchange on energy security. And Mr. President, we are now — as a few months ago — the largest producer of energy in the world. So that’s a big statement.”