A climate change report published Friday contains cherry-picked data that appear designed to warn of the consequences if steps are not taken to mitigate global warming, according to one climate expert.

The scientists who wrote the National Climate Assessment (NCA) used unreliable information that exaggerates the risks global warming poses, University of Colorado Prof. Roger Pielke Jr. noted in a series of tweets. He fears the report will make it easier for critics to dismiss future climate studies.

“By presenting cherrypicked science, at odds w/ NCA Vol,1 & IPCC AR5, the authors of NCA Vol.2 have given a big fat gift to anyone who wants to dismiss climate science and policy,” Pielke Jr. wrote in a tweet Friday shortly after the White House released the report. “Embarrassing.”

“People are not dumb. Clim chg is real & deserves policy response, but not like this,” he said, referring to volume two of the NCA, a federal report the administration is required by law to submit. Volume one was published in 2017 and “played things straight on the science of extremes,” added Pielke Jr., who has criticized media’ reporting on similar reports in the past.

Continued use of coal and other fossil fuels will eliminate 10 percent of the GDP by the end of the century, according to the report. The country will also be 3 to 12 degrees hotter depending on the level of greenhouse gases released into the atmosphere, the report warns. Wildfires and hurricanes will increase as a result if the risk is left unchecked, the report notes.

The report came from a team of 13 federal agencies and was cobbled together with the help of 1,000 people, including 300 scientists. They used a Representative Concentration Pathway adopted by the Intergovernmental Panel on Climate Change’s (IPCC) fifth Assessment Report (AR5) to make their conclusions. The so-called RCP creates a trajectory for future damage caused by greenhouse gas emissions.

A White House statement Friday said the report was “largely based on the most extreme scenario” of global warming and that the next assessment would likely be more balanced. Pielke agrees. (RELATED: The Media Is ‘100% Wrong’ About This Aspect Of The Latest Climate Change Report) 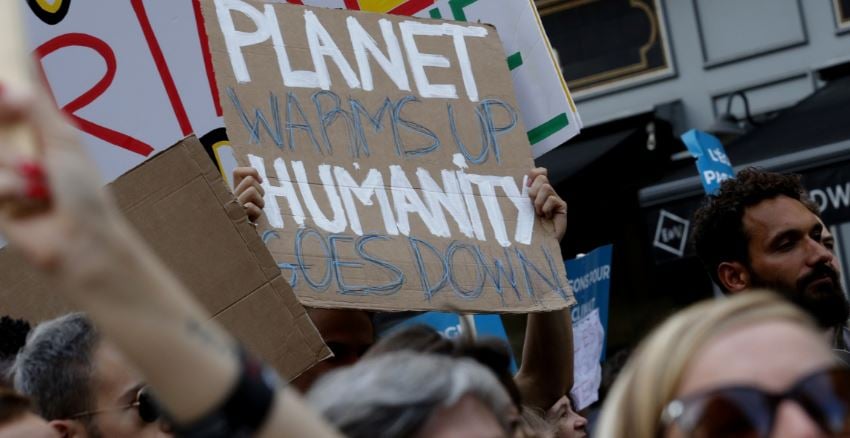 He says the NCA’s second volume relies on the RCP8.5, one of the four possible pathways in the trajectory. This particular pathway is slowly being phased out of the IPCC’s modeling because scientists believe the model likely overestimates future supply of fossil fuels. Researchers used the most extreme example possible to sell the narrative that wildfires will get worse, he noted.

Results from the first NCA report in 2014 helped the Obama administration decide on a set of regulations that conservatives claimed were too unfriendly to businesses. Former President Barack Obama created the Clean Power Plan the following year. It aimed to dramatically reduce emissions from coal-fired power plants. Obama also helped broker the Paris climate agreement in 2015.

Scientists who are sympathetic to the report’s findings believe it will place more pressure on President Donald Trump to beef up regulations. “This report will weaken the Trump administration’s legal case for undoing climate change regulations, and it strengthens the hands of those who go to court to fight them,” Michael Oppenheimer, a professor of geosciences and international affairs at Princeton, told The New York Times.

The 21 plaintiffs, all between the ages of 11 and 22, argue that federal officials violated their due process rights by allowing the fossil fuel industry to release greenhouse gas emissions, despite knowing for years that such emissions can cause climate change. The kids want the government to phase out fossil fuels.

The Trump administration repeatedly asked both the high court and the 9th Circuit Court of Appeals to stop the trial through a writ of mandamus, a rarely used judicial tool allowing a higher court to overrule a lower court before a verdict is made. (RELATED: SCOTUS Won’t Block Kid’s Climate Crusade After Initially Staying The Case)