Rodney Scott, the chief Border Patrol agent of San Diego, took issue with CNN’s John Berman when he asserted that the majority of those in the caravan were asylum seekers during an interview on Monday morning.

“You took issue with the idea that these were people seeking asylum. The caravan, though, 5,000 to 9,000, depending on which count you believe that is in Tijuana right now, those are people coming to the border, as far as you know, for asylum, isn’t it?” Berman asked.

“I do not believe that is true. I believe there are definitely people in that group that are trying — that are going to try to claim asylum. The vast majority of those, from what we call the northern triangle are economic migrants, though,” Scott answered.

Scott then gave a personal account of what he witnessed take place at the United States-Mexico border Sunday. (RELATED: Migrant Caravan Tries To Storm Border, US Responds With Tear Gas) 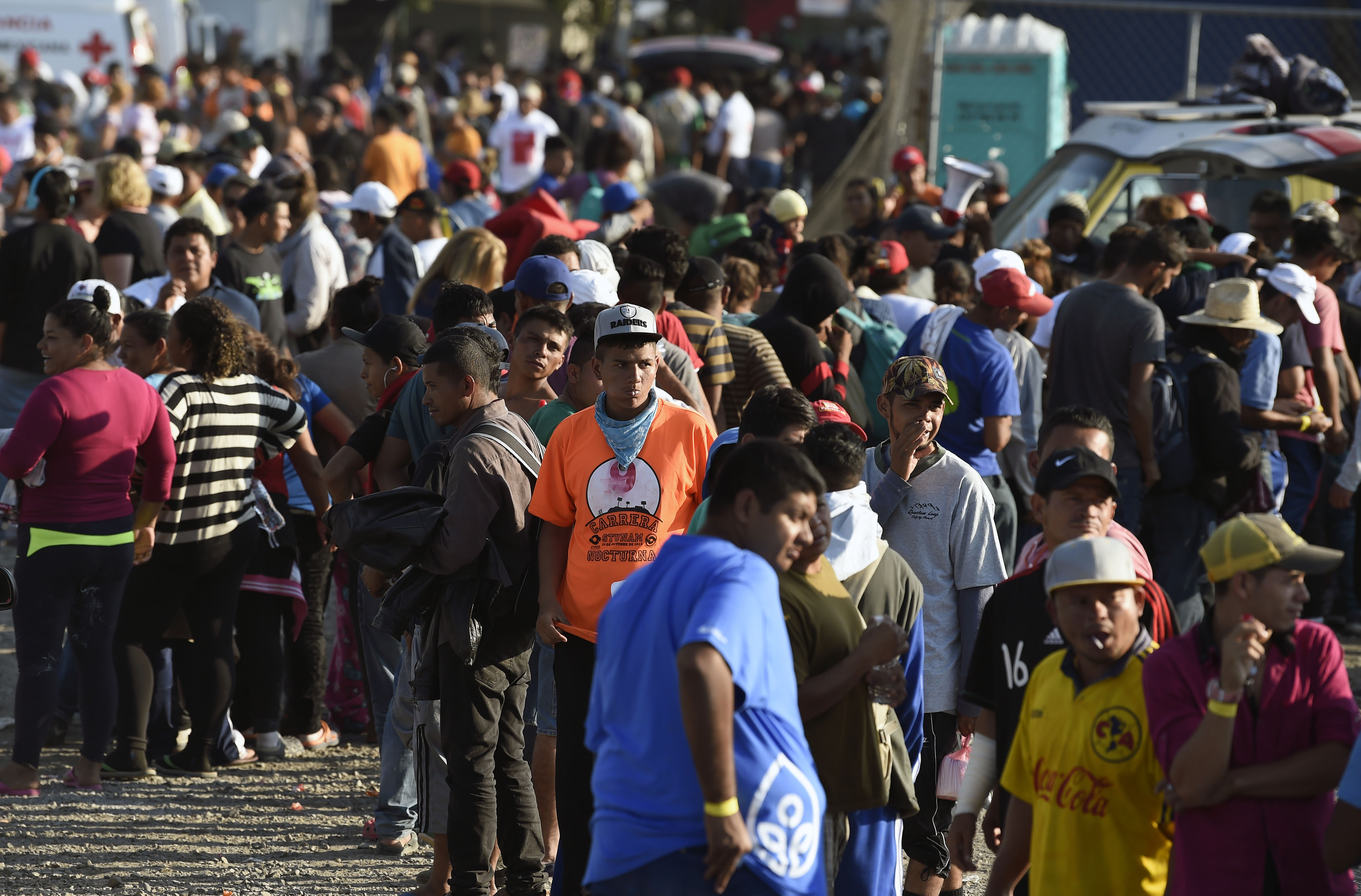 Central American migrants, taking part in a caravan heading to the U.S., queue to receive a meal at a temporary shelter in Irapuato, Guanajuato state, Mexico on November 11, 2018. (Photo by ALFREDO ESTRELLA/AFP/Getty Images)

“What I saw at the border yesterday was not people walking up to Border Agents and asking to claim asylum. Matter of fact, one of the groups that I watched … they passed 10 or 15 marked Border Patrol agents walking … west to east, numerous uniformed personnel, as they were chanting, waving a Honduran flag and throwing rocks at the agents. If they were truly asylum seekers, they would’ve just walked up with their hands up and surrendered, and that did not take place,” he said.