Natives of North Sentinel Island, known as the Sentinelese, are believed to have killed Chau, 27, of Washington State, after he sneaked onto the island to share the Gospel with them.

The tribe living on the island is one of the last undisturbed hunter-gatherer societies that is untouched by the modern world. They are notoriously hostile to outsiders, and Indian law mandates that they be left alone in order to preserve their culture and to prevent their possible extinction from contact with modern diseases. (RELATED: American Tourist Reportedly Killed By Isolated Tribal Members On Indian Island)

Indian police attempted to recover Chau’s body after the fishermen who helped him travel to the island reportedly saw tribesmen burying his body in a shallow grave on Nov. 17. Police said, however, that once they came within site of the shore, they observed natives patrolling the area where Chau was killed, and had to turn back for fear of attack.

“The Sentinelese were watchful,” Director General of police Dependra Pathak told The New York Times. “They were patrolling the beach, at the same spot John was killed, with weapons.”

“Had we approached, they would have attacked,” he added. 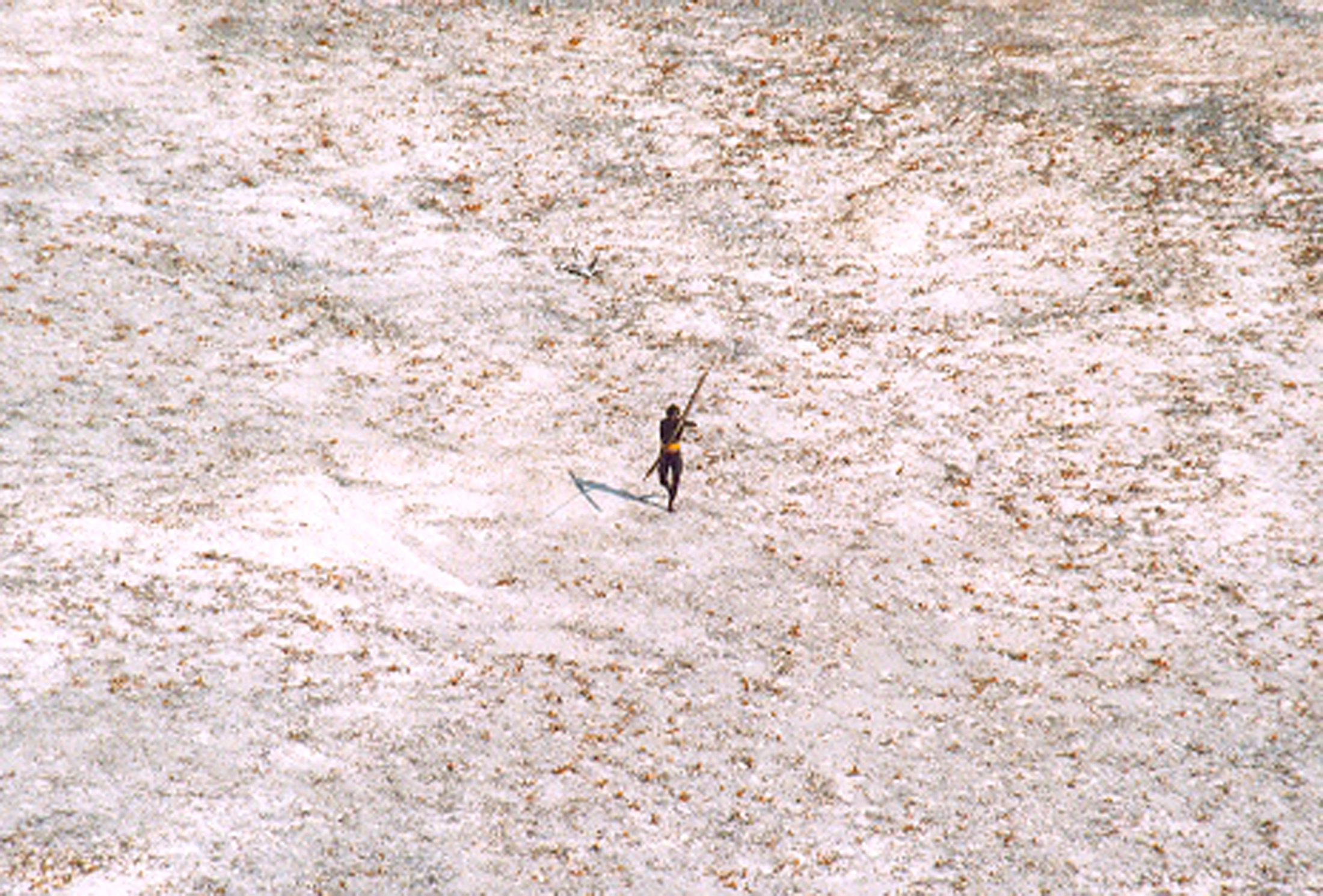 FILE PHOTO: A Sentinel tribal man aims with his bow and arrow at an Indian Coast Guard helicopter as it flies over the island for a survey of the damage caused by the tsunami in India’s Andaman and Nicobar archipelago, December 28, 2004. REUTERS/Indian Coast Guard/Handout/File Photo

Police arrested the fishermen who aided the missionary in traveling to the island and charged them with culpable homicide and breaking the laws concerning the protection of aboriginal peoples. Authorities have also filed charges against “unknown persons” — the tribesmen who murdered Chau. The two sets of charges illustrate the conundrum at the heart of the case — Indian law demands that the tribe be left completely alone, but also mandates that murder be prosecuted. The actual prosecution of members of the Sentinelese remains unlikely.

“This case is the strangest and toughest in my life,” Pathak said. “We are trying to enter into another civilization’s world.”

The Sentinelese demonstrated their hostility toward outsiders in 2006, when they killed two crab fishermen who washed up on North Sentinel Island. The tribesmen buried the fishermen in shallow graves, much like they reportedly did with Chau, but exhumed them after a week and tied their bodies to upright bamboo stakes, like scarecrows.

Pathak said they may do the same with Chau’s body. Authorities hope to positively identify Chau in that case and bring some measure of closure to the case of his death.

“We are studying the 2006 case. We are asking anthropologists what they do when they kill an outsider,” Pathak said, according to The Telegraph.

Chau, for his part, knew the dangers of contacting the tribe and expressed in journal entries that, in the case of his death, he did not want his body to be recovered. The missionary, a graduate from Oral Roberts University, read scripture to the island natives for two days before his death. Some of them reportedly laughed while he read, while others ignored him. Chau attempted to give them gifts of a football and fish, but they attacked him with spears and rocks. Chau wrote that one spear skewered a bible that he was holding in front of his chest.

Chau gave a 13-page letter to the fishermen who helped him in which he wrote “I don’t want to die. Who will take my place if I do?”

Neverthless, Chau returned the day after the natives attacked him and was killed.

“Don’t retrieve my body,” he underlined in his letter. “This is not a pointless thing — the eternal lives of this tribe is at hand.”

Chau’s family said they forgive the tribe and are respecting his wishes not to push for his body to be retrieved.