However, more vapor could also increase the rate of absorption of nicotine in a user’s body, reported The New York Times.

This could allow Juul to get around some countries’ e-cigarette nicotine restrictions, according to TheNYT. Bigger clouds also mimic smoking actual cigarettes, although Juul has claimed it’s always been solely focused on its customer base of adult smokers switching to e-cigarettes. (RELATED: Juul Voluntarily Pulled E-cigarette Flavors In The US. Why Didn’t It Do The Same In Canada?)

“Juul’s development of new products underscores the need for a government watchdog to review tobacco products and evaluate their public health impact before they are allowed on the market,” Becky Wexler, a spokesperson for the Campaign for Tobacco-Free Kids, told The Daily Caller News Foundation. “In the U.S., the FDA must enforce current law which prohibits the introduction of new or changed tobacco products without prior FDA review and authorization.” 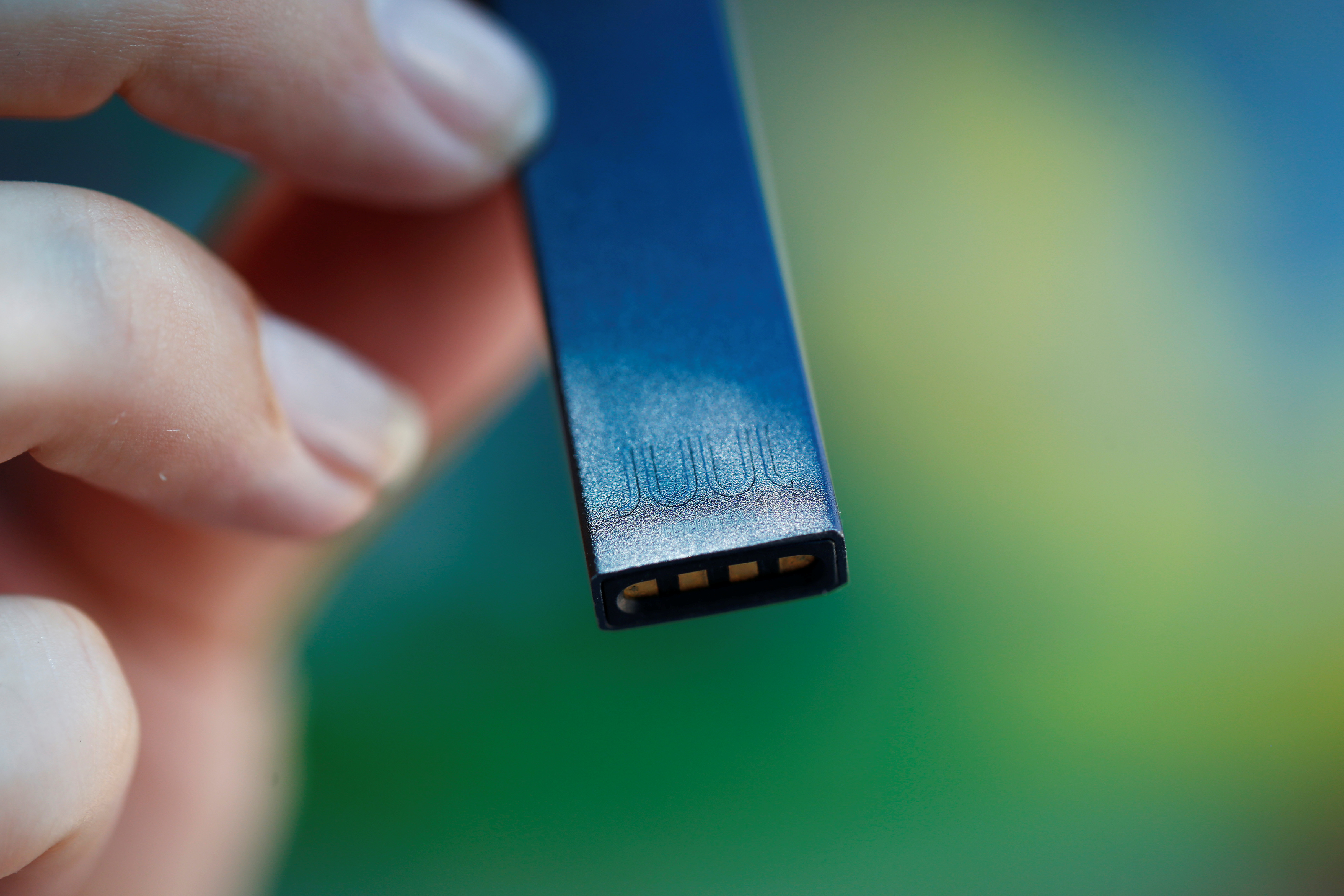 A woman holds a Juul e-cigarette in this posed picture, near Jerusalem September 16, 2018. REUTERS/Ronen Zvulun

Juul spokesman Joshua Raffel did not confirm TheNYT’s scoop on the reported product in development.

“We are always looking to create products that help adult smokers switch from combustible cigarettes and limit appeal to youth,” Raffel said, according to TheNYT.

A Juul spokesperson did not respond to The Daily Caller News Foundation’s request for comment at the time of publication.

The U.S. Food and Drug Administration (FDA) had investigated Juul for allegedly marketing its products to minors, many of whom picked up Juuls because their minimal vapor can be easily hidden.

Juul’s new products will be marketed in countries other than the U.S., according to TheNYT.

Juul wants to expand to the European Union, and its products are already available in the United Kingdom. The U.K. caps e-cigarette nicotine levels at 20 milligrams per milliliter of fluid, which is “about a third of the amount in the most popular American Juul pod,” TheNYT reported.

“For smoking cessation, you need to have a satisfying delivery system with a good amount of nicotine with a small amount of aerosol,” Benowitz said. “But if you are vaping because you like the sensory aspects of it, then you want more aerosol. Right now, Juul is a good nicotine delivery device but the quality is not the same as a cigarette. I could see why some people might like a product that generates more aerosol and is more cigarette-like.” 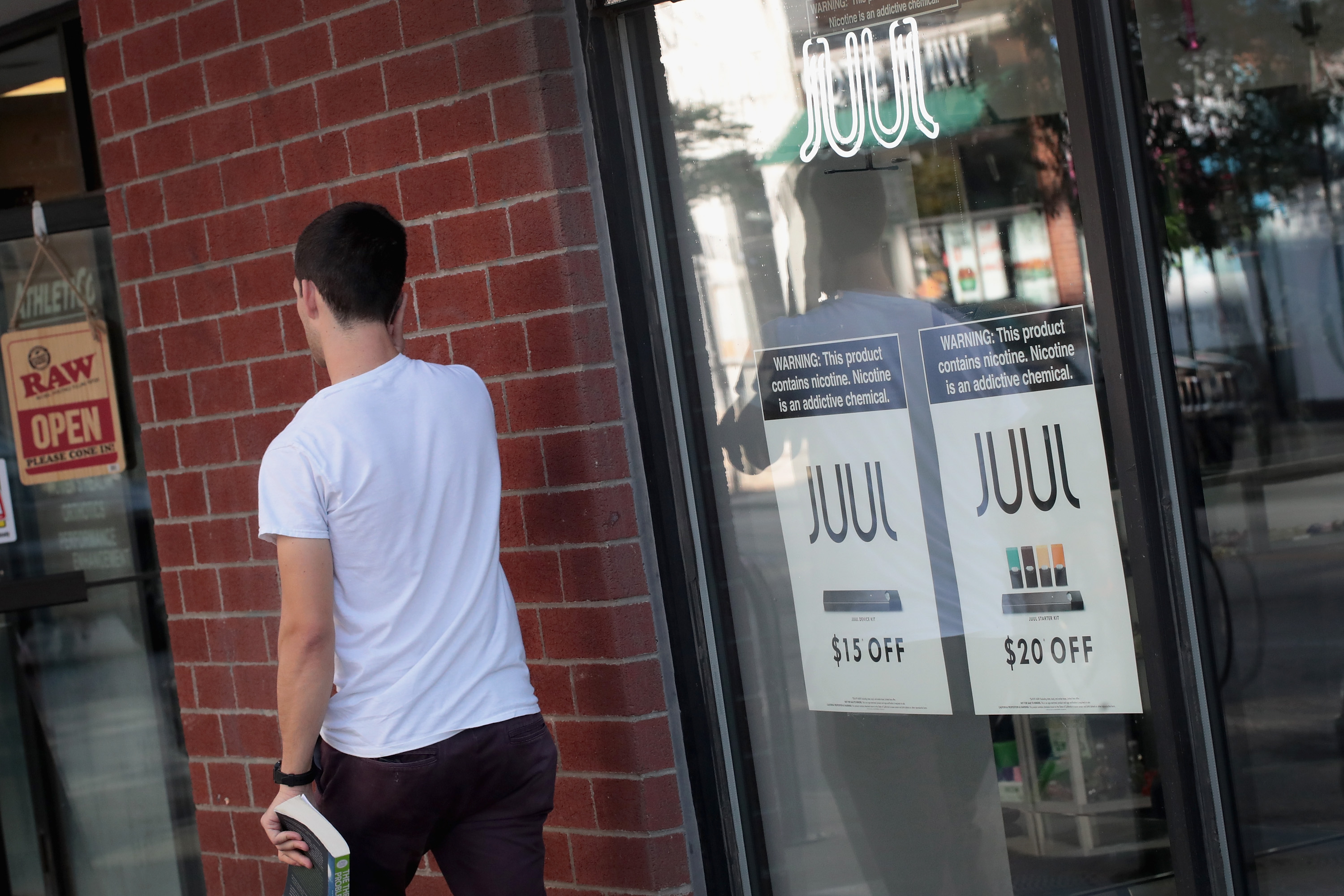 Signs in the window of the Smoke Depot advertise electronic cigarettes and pods by Juul, the nation’s largest maker of e-cigarette products, on September 13, 2018 in Chicago, Illinois. Scott Olson/Getty Images

Juul’s Nov. 13 announcement that it would temporarily stop selling several flavors of its e-cigarette pods in the U.S. came after rumors of a proposal from the FDA to crack down on underage usage of nicotine products manufactured by Juul and other companies, including Altria and R.J. Reynolds.

The FDA proposed policies to limit underage access to Juul products the same week the FDA announced a “dramatic” uptick in middle and high school students who reported being current e-cigarette users in 2018.