A survey of more than 7,000 Europeans across the continent revealed the Holocaust might soon no longer be a household term, as one in 20 Europeans admitted they’d never heard of the event that involved the mass murder of nearly 6 million Jews, 7 million Soviets and 2 million non-Jewish Polish civilians.

A CNN/ComRes poll released Tuesday interviewed more than 1,000 people each in Austria, France, Germany, Great Britain, Hungary, Poland and Sweden, and revealed a lack of knowledge about the Holocaust and attitudes toward Jews, as well as Muslims and other minority communities.

While the Holocaust is arguably one of the most tragic events in the past century, one in 20 Europeans admitted they’d never heard of it. 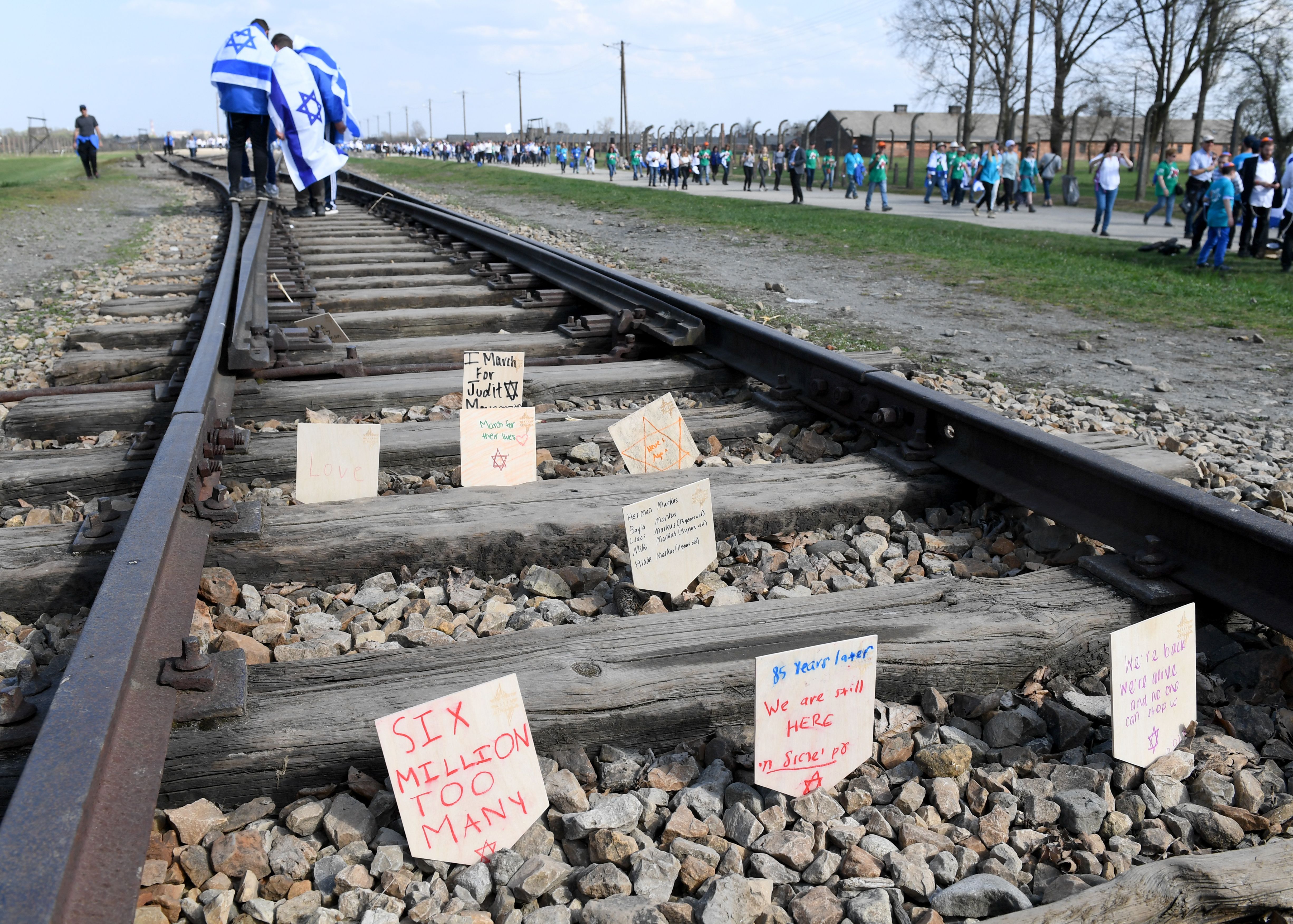 Youth have Israeli flags on their shoulders as they stand on rails where messages are left by visitors during the “March of the Living”, a yearly Holocaust remembrance march between the former death camps of Auschwitz and Birkenau, on April 12, 2018 in Oswiecim (Auschwitz), Poland. AFP PHOTO / JANEK SKARZYNSKI

The CNN/ComRes poll uncovered complex attitudes toward Jews in Europe regarding Israel, Jews, the Holocaust and anti-Semitism as they relate.

One-third of respondents, presumably those who were aware of what the Holocaust is, think Israel uses the tragedy “to justify its actions” while one-third also believe Jewish people use the Holocaust to advance their own agendas, according to CNN.

An exclusive CNN poll into anti-Semitism in Europe has found that one third of 7,000 people surveyed knew “little or nothing” about the Holocaust.

The survey also found that many people believe anti-Semitic stereotypes, and blame Jews for anti-Semitism. https://t.co/dMKK9Bc0FP

At the same time, Europeans believe it’s important to preserve the history of the Holocaust and commemorate the events to avoid it from occurring in the future. Two-thirds of Europeans believe this, as do 80 percent of respondents in Poland specifically, the poll says.

About one-third of the Europeans surveyed, with figures higher amongst Germans, Austrians, Poles and Hungarians especially, think commemorating the Holocaust distracts from other, more current tragedies. (RELATED: Former Top Rabbi Warns Of New Exodus Of Jews From UK Over Anti-Semitism) 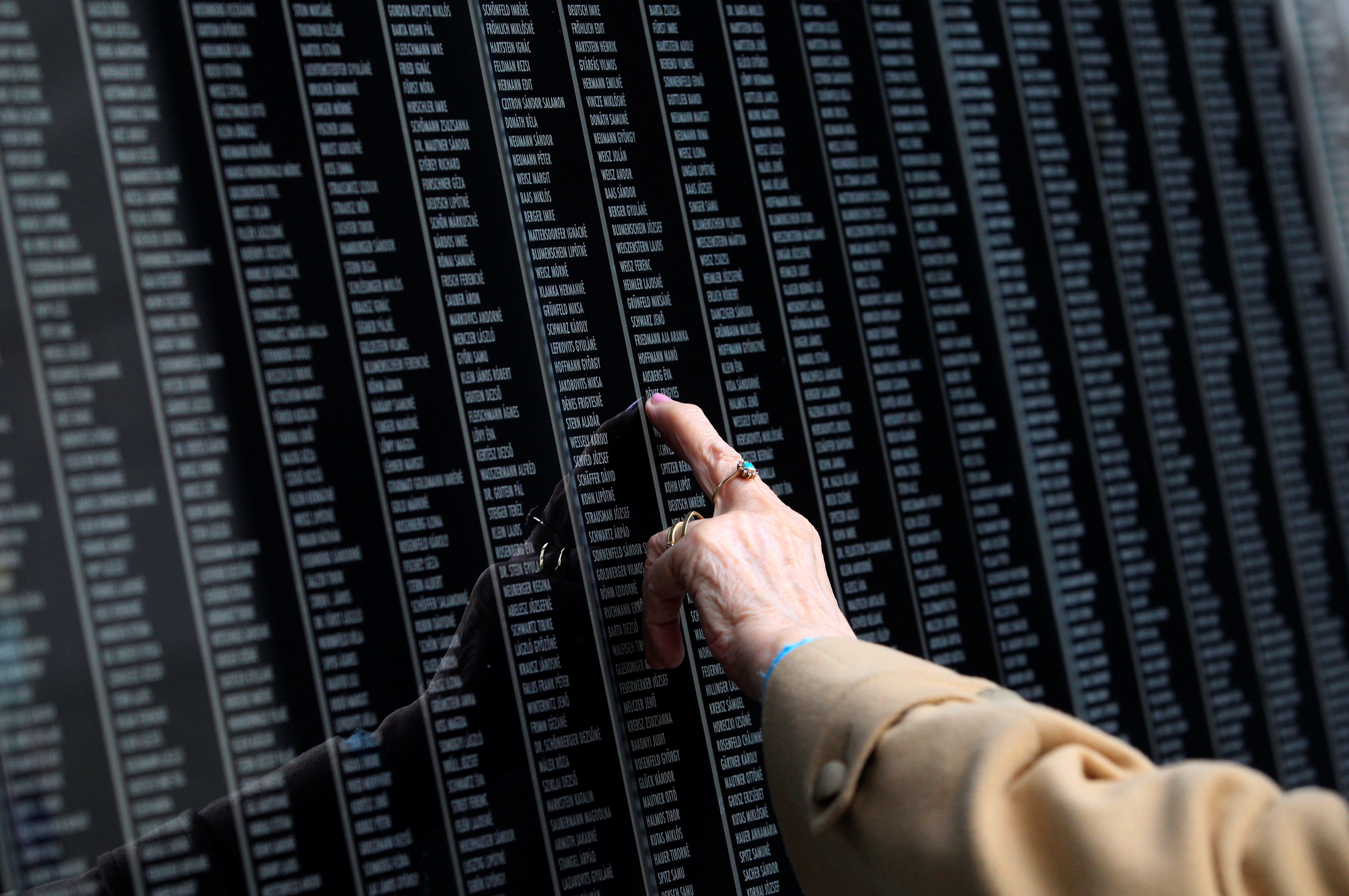 A woman touches a wall bearing the names of victims, during the Holocaust memorial day at Holocaust Memorial Centre in Budapest, Hungary April 16, 2018. Rueters/Bernadett Szabo

The survey also got a glimpse of European attitudes toward other minorities.

The CNN/ComRes poll interviewed 7,092 adults online in seven countries between Sept. 7 and 20. Data was weighted to be representative of each country based on age, gender and region.