One of the victim’s father found out about the alleged abuse after finding his son crying in his room on Oct. 31. The father reported the incident to the school, according to ABC News.

“JC Abedi and KJ Lee grabbed [victim B] by the shoulders and threw him on the floor,” ABC News reported. “One of them held his feet down and while he was face down on the ground, his pants were pulled down and he was ‘poked in his buttocks with the wooden broom.'”

Another victim was allegedly punched in the face and stomped on, according to ABC News. 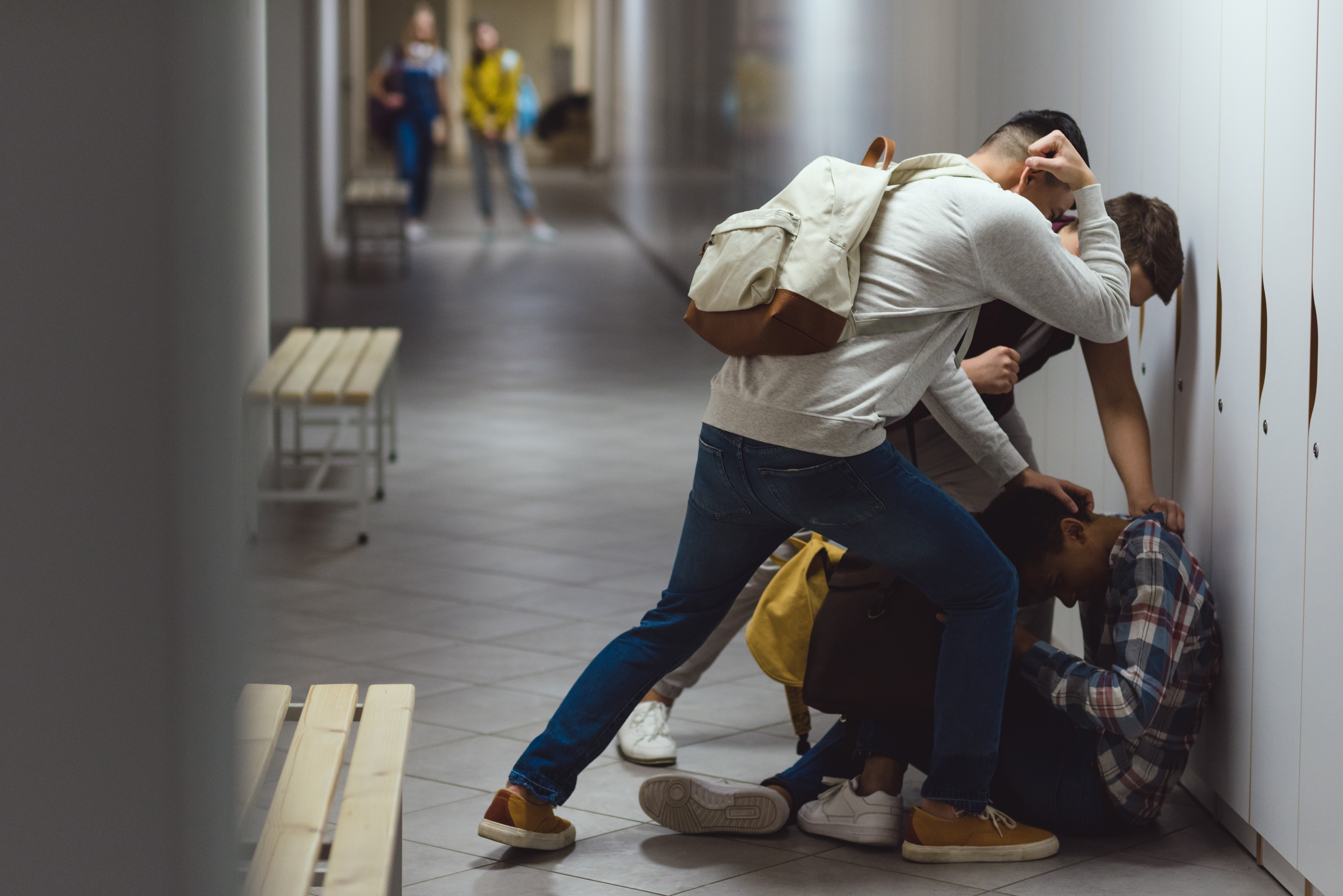 Pictured is a boy being bullied by two other boys. SHUTTERSTOCK/LightField Studios

Some of the suspects and the alleged victims told officials the incident was part of a “tradition” done to junior varsity football players. School officials said they were unaware of the football program’s alleged tradition, according to WaPo.

Attorney Shelly Brown, who is representing Thorpe, said her client “should be treated as a child in the justice system,” ABC News reported. (RELATED: Dartmouth To Hire Investigator To Dig Into Hazing Allegations Against 13 Student Groups)

“Jean Claude is a young man who is caught up in case that is larger than him,” Daniel Wright, Abedi’s attorney, said to ABC News. “Why is the school and the state seeking to fix all of the blame only on children?”

MCPS did not immediately respond to The Daily Caller News Foundation’s request for comment.