The Kansas City Chiefs may look great on the field, but they can’t seem to keep drama out of their locker room.

Breakout star quarterback Patrick Mahomes, who grew close to the running back Kareem Hunt since they were a part of the same draft class, didn’t waste any time denouncing his former teammate after surveillance video came out showing Hunt allegedly kicking a woman last February. 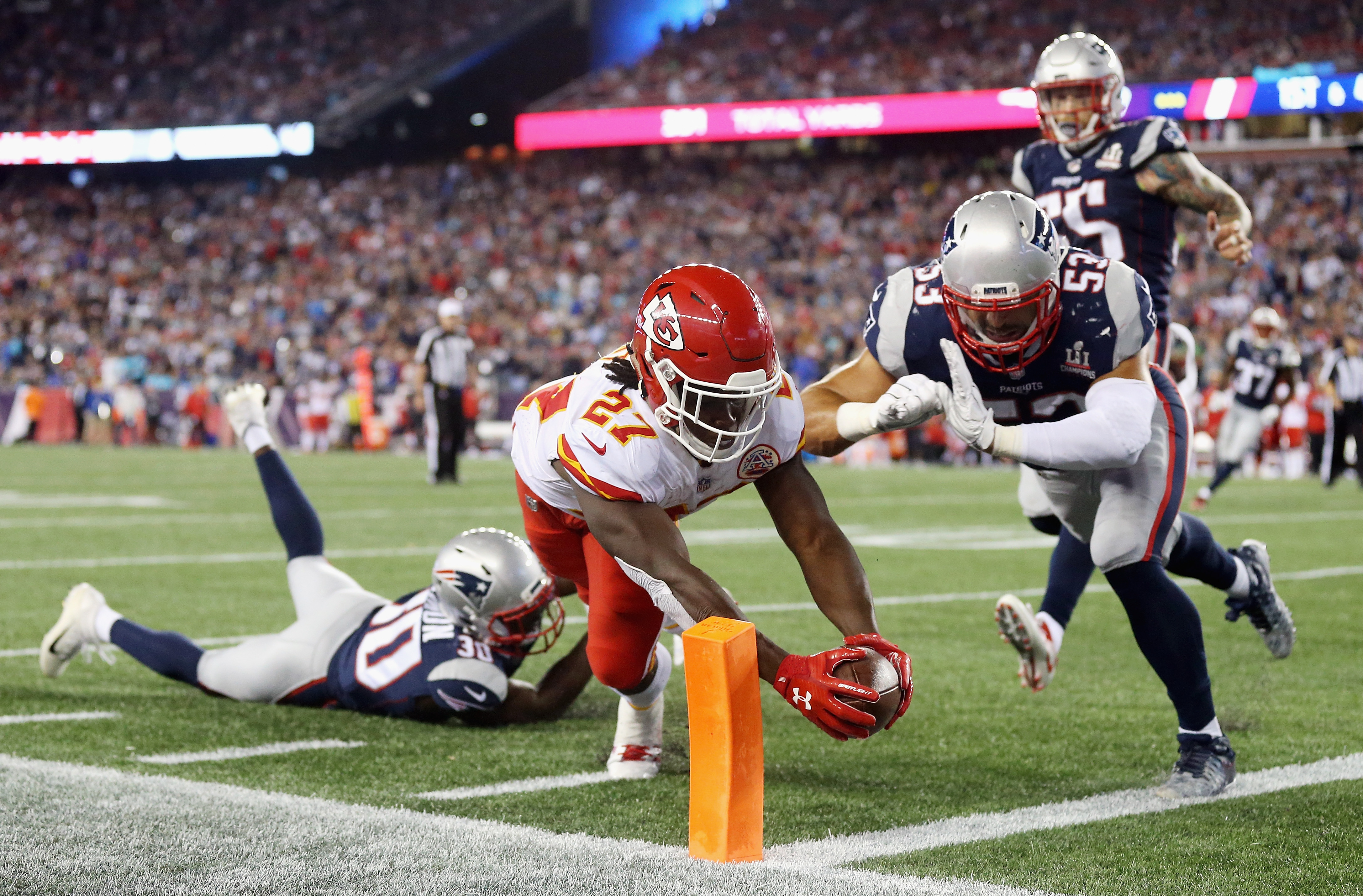 FOXBORO, MA – SEPTEMBER 07: Kareem Hunt #27 of the Kansas City Chiefs dives for the pylon to score a 4-yard rushing touchdown during the fourth quarter against the New England Patriots at Gillette Stadium on September 7, 2017 in Foxboro, Massachusetts. (Photo by Maddie Meyer/Getty Images)

Asked for his thoughts on the rapidly developing situation, Mahomes told reporters Sunday night that he wanted to distance himself from any such behavior. (RELATED: REPORT: Kansas City Chiefs Release Kareem Hunt After Disturbing Video Surfaces Of Alleged Assault)

“I saw the stuff that happened,” Mahomes remarked in his postgame comments, per ESPN. “We don’t do those things.”

Hunt was released by the Chiefs Friday afternoon and placed on waivers. Any NFL team is free to claim him before 4:00 p.m. on Monday.

But signing him may not be the best idea in the world — at least just yet. On Monday morning, the NFL announced it would be opening a second investigation into Kareem Hunt for allegedly punching a man in the face back in June. He’s not allowed to play until both of these investigations conclude. And even then, it’s dicey.

We’ll just have to wait and see.