A U.K. man claimed that “ethical veganism” is a religion in a lawsuit against his former employer over his termination for objecting to animal testing.

Jordi Casamitjana filed a lawsuit against the League Against Cruel Sports (LACS), claiming that he was unjustly fired for raising concerns over the company’s investments in firms involved in animal testing. Casamitjana argued that animal testing is contrary to his belief in “ethical veganism,” which he claimed is on par with a religion. (RELATED: Coolest Man In Canada Butchers Deer In The Face Of Vegan Protesters)

“To link his dismissal with issues pertaining to veganism is factually wrong,” the firm said. “Mr. Casamitjana is seeking to use his veganism as the reason for his dismissal. We emphatically reject this claim.” 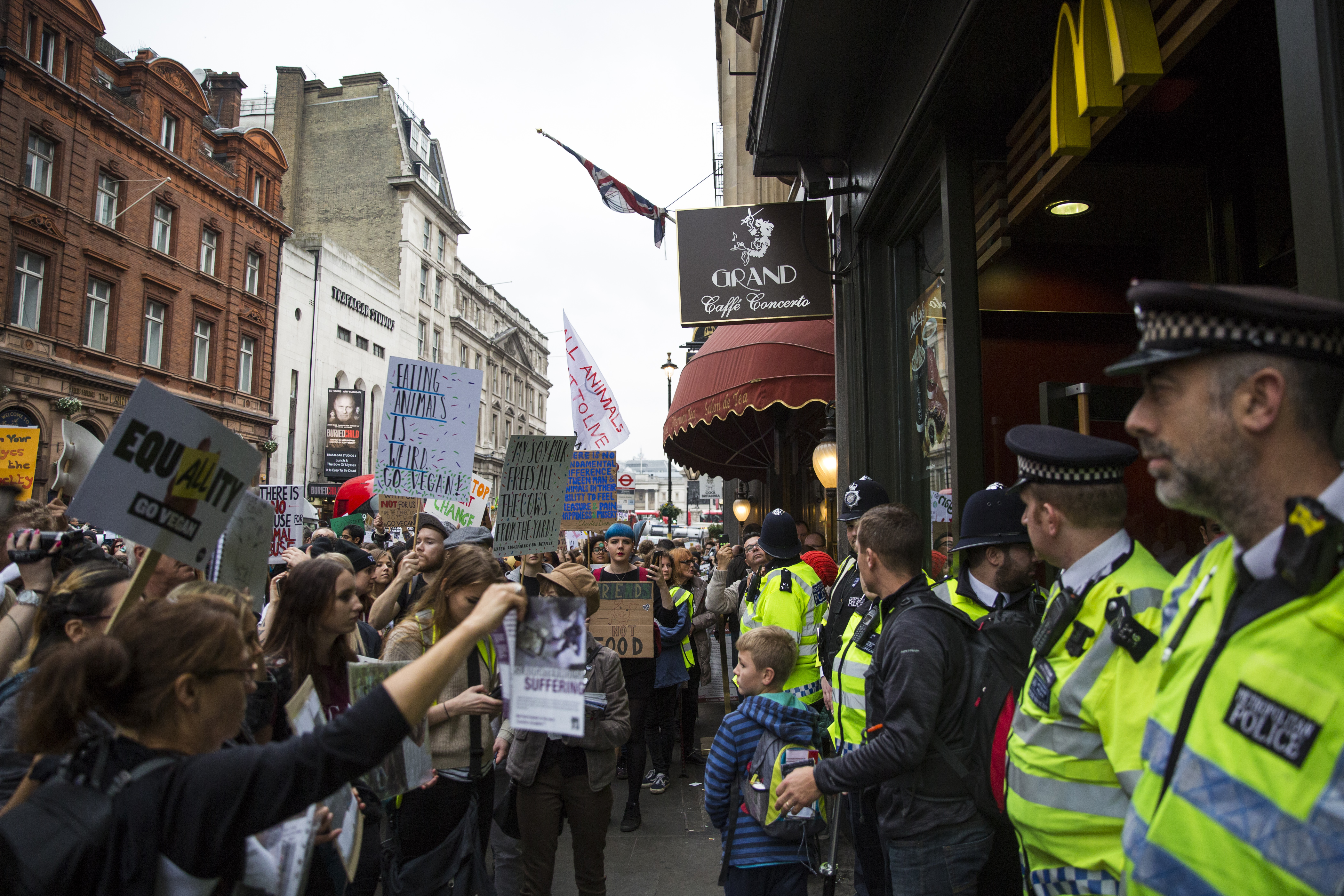 Protesters wave placards during an animal rights march outside McDonald’s restaurant on Whitehall on Oct. 29, 2016 in London, England. (Photo by Jack Taylor/Getty Images)

Casamitjana reportedly alerted his managers when he learned about the firm’s connection to other firms involved in animal testing. When Casamitjana felt that his managers did not respond properly, he began spreading news of the animal testing issue and his objections to it to other employees. He was fired soon after that.

A tribunal will hear Casamitjana’s case in March and decide whether veganism constitutes a “religion or belief,” which is protected under the U.K.’s 2010 Equality Act. Should the tribunal decide that veganism meets that criteria, ethical veganism will have protected status. Vegans may wish devoutly for that outcome, but Nick Spencer of the think tank Theos noted that such a decision could actually be dangerous.

“The irony in all this is that rights are intended to be liberating but if we’re all turned into rights bearers, my rights clashing with your rights, we end up having to appeal to the courts to sort out our differences and that can become oppressive for everybody,” Spencer said, according to BBC News.