President Donald Trump is expected to name current State Department spokesperson Heather Nauert the next ambassador to the United Nations on Friday, according to multiple outlets.

Nauert would be replacing outgoing Ambassador Nikki Haley who announced her resignation back in October, Fox News reported. Nauert was named as one of Trump’s top candidates for the vacancy in the days after Haley’s resignation became public. 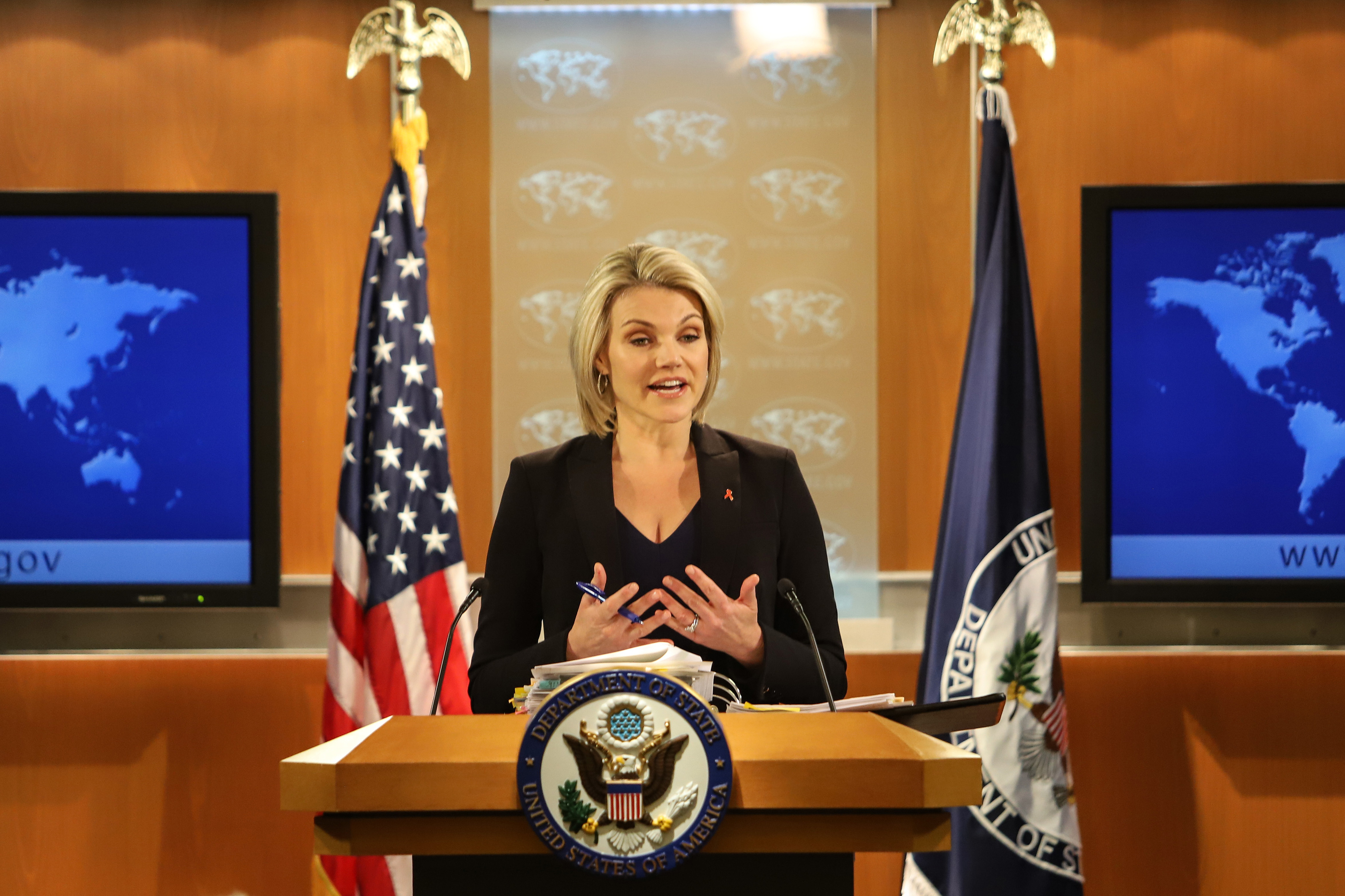 WASHINGTON, DC – NOVEMBER 30: U.S. Department of State spokesperson Heather Nauert speaks in the press briefing room at the Department of State on November 30, 2017 in Washington, DC. Nauert addressed the media on Thursday about Secretary of State Rex Tillerson and his future at the State Department. (Photo by Alex Wroblewski/Getty Images)

Nauert, a former Fox News host has served as spokeswoman for the State Department since April of 2017 and assumed the official position of undersecretary for public diplomacy after the departure of former Secretary Rex Tillerson.

Prior to assuming the position, Nauert will need to go through a Senate confirmation process.