Former CNN contributor Marc Lamont Hill is facing calls to resign from his Temple University professorship after comments he made about Israel and Palestine in a speech to the United Nations last month.

Hill, who teaches in the Media Studies and Production and Media & Communication departments, was fired from CNN on Nov. 29 for his remarks at the U.N. commemoration of the International Day of Solidarity with the Palestinian People.

Hill advocated the use of violence against Israel in the name of freedom and said the international community must recognize Palestine’s right to defend itself. (RELATED: CNN’s Reliable Sources Ignores The Firing Of Contributor Marc Lamont Hill)

“Tactics otherwise divergent from Dr. King or Gandhi were equally important to preserving safety and attaining freedom,” Hill said during the speech. “If we are in true solidarity, we must allow them the same range of opportunity and political possibility. We must recognize the right of an occupied people to defend themselves.”

“We must prioritize peace, but we must not romanticize or fetishize,” he continued. “We must promote non-violence at every opportunity, but cannot endorse narrow politics that shames Palestinians for resisting, for refusing to do nothing in ethnic cleansing. Justice requires a Free Palestine from the River to the Sea.”

“From the river to the sea” has been used to refer to the violent replacement of Israel with Palestine.

The Anti-Defamation League tweeted about Hill’s comments on Nov. 29 and called the event divisive.

“Those calling for ‘from the river to the sea’ are calling for an end to the State of Israel.” It’s a shame that once again, this annual Palestinian event at the UN does not promote pathways to a future of peace & instead promotes divisiveness and hate. https://t.co/U1FgZ3JZvm

He was fired from CNN 24 hours after his speech.

“Marc Lamont Hill does not represent Temple University and his views are his own, a Temple University spokesperson previously told The Daily Caller. “However, we acknowledge that he has a constitutionally protected right to express his opinion as a private citizen.”

Despite these developments, tensions continue to rise on both sides as supporters and detractors make their case for the embattled professor.

An opinion piece in The Philadelphia Inquirer called for Temple to terminate Hill’s contract and said it’s the only way the school can restore it’s damaged reputation. 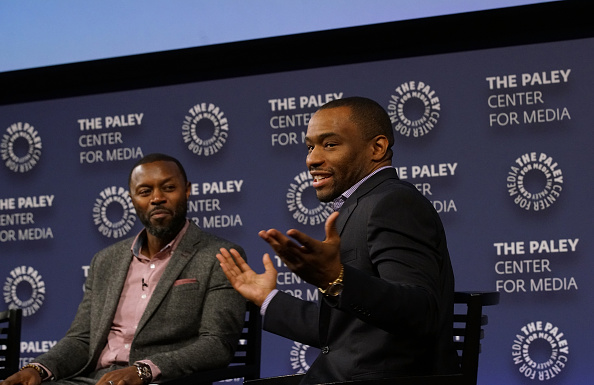 “If Temple continues to employ Hill, the university will be a shameful abettor of malicious, gratuitous hatred, and potential anti-Semitic violence,” the story read.

Another article from The Washington Free Beacon cited Hill’s accusations against Israel about intentionally poisoning the Palestinian’s water supply.

“How can you romanticize nonviolence when you have a state that is at all moments waging war against you, against your bodies, poisoning your water, limiting your access to water, locking up your children, killing them?” Hill asked during the U.S. Campaign for Palestinian Rights conference held on Sept. 28. “We can’t romanticize resistance.”

There’s even a petition being circulated from Stopantisemitism.org listing Hill’s past comments on Israel and demanding the university to fire him immediately.

Conversely, HuffPost published an article Friday saying any attacks against Hill will only “strengthen solidarity between blacks and Palestinians.”

Hill also found support from a group of about 60 Temple students who marched on campus Thursday to voice their opinion, according to The Philadelphia Inquirer. They waved Palestinian flags in the air and clashed with a group of Zionists who waved American and Israeli flags in response.

The two groups met under Temple’s bell tower with the Palestinian side being led by Susan Abulhawa, a writer and activist. She and her group yelled chants of “From the river to the sea, Palestine will be free,” The Philadelphia Inquirer reported.

“We’re here to support Marc Lamont Hill,” Abulhawa told The Inquirer. “Temple is threatening to dismiss him and trying to destroy his life. We’re here to show [Temple president Richard M.] Englert and the university trustees they can’t censor this faculty.”

Executive director of the Zionist Organization of America’s Philadelphia chapter, Steve Feldman, led the pro-Israeli side and responded with chants of “Am Yisrael Chai,” which means “the nation of Israel lives.” They also sang “The Star-Spangled Banner.”

Hill said on Nov. 29 that despite his harsh criticism of Israel, he’s not an anti-Semite.

I do not support anti-Semitism, killing Jewish people, or any of the other things attributed to my speech. I have spent my life fighting these things.

My reference to “river to the sea” was not a call to destroy anything or anyone. It was a call for justice, both in Israel and in the West Bank/Gaza. The speech very clearly and specifically said those things. No amount of debate will change what I actually said or what I meant.

This isn’t a case of throwing rocks and hiding hands. I genuinely believe in the arguments and principles that I shared in the speech. I also genuinely want peace, freedom, and security for everyone. These are not competing ideals and values.

Temple did not immediately return a request for comment.