“[Trump] can also take credit for the larger economy to the extent that that’s now fueling additional spending,” Michel, a Heritage Foundation policy analyst, told TheDCNF via telephone. “It’s not only the Tax Cuts and Jobs Act that’s growing the economy but his deregulatory agenda is fueling economic growth. All of those things wouldn’t have happened if he didn’t push for them.”

“I think we will see most states end up with more revenue at the end of the year,” Michel told TheDCNF. Heritage is a conservative think tank located in Washington, D.C. (RELATED: Ocasio-Cortez Touts New House Rule That Makes It Easier To Raise Taxes)

The current fiscal year will hit its halfway point on Dec. 30. The National Association of State Budget Officers (Nasbo) released a report Thursday that said 19 states have received general fund revenue that exceeded expectations for fiscal year 2019. Those states include Georgia, Pennsylvania, Washington and Connecticut, reported The Wall Street Journal. The latter state expects to take a $600 million chunk out of its budget gap by summer 2021 thanks to the increased revenue, reported WSJ.

Fourteen states say their revenue is meeting expectations for fiscal year 2019, while five report falling short, according to the report cited by WSJ. 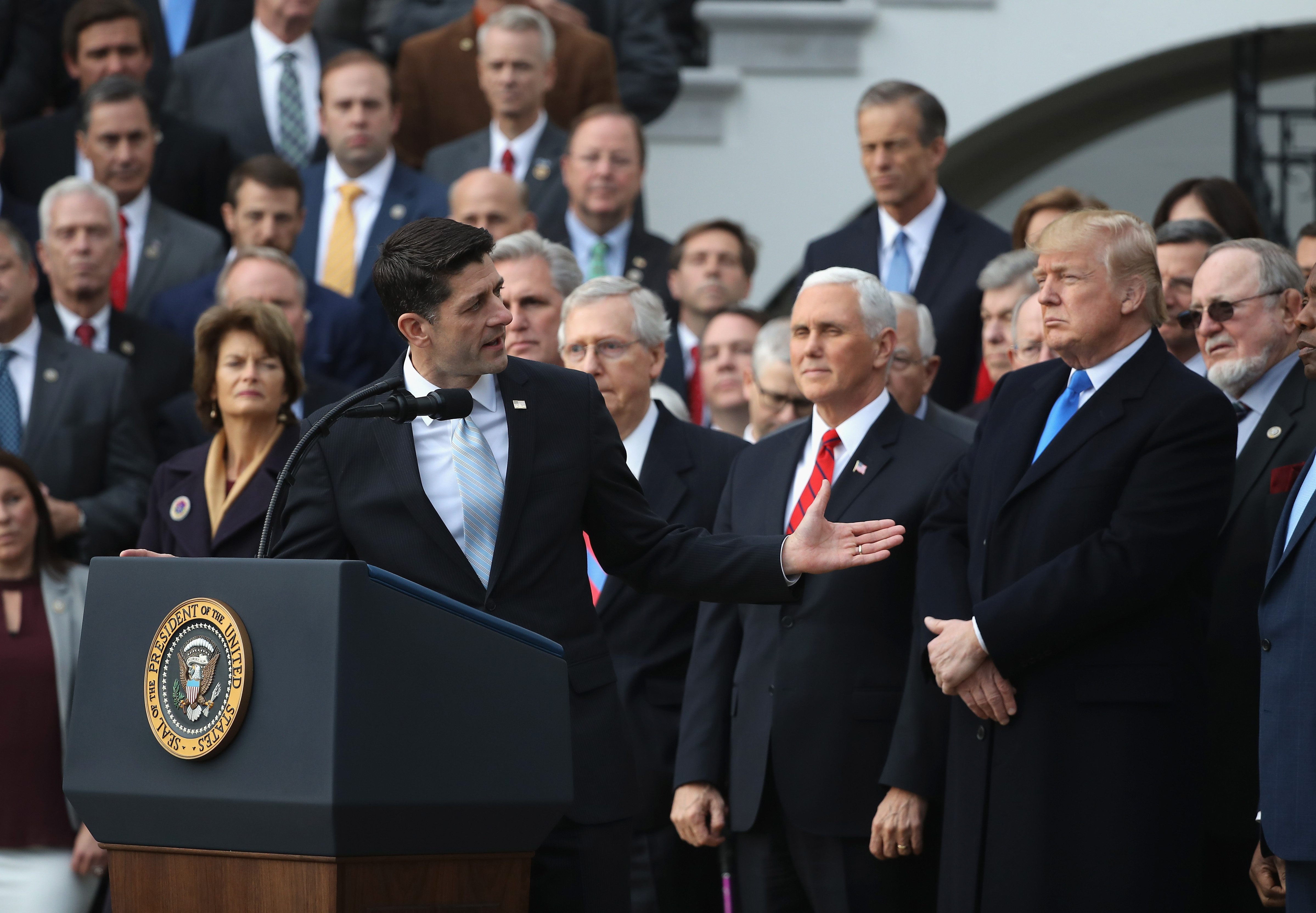 U.S. House Speaker Paul Ryan gestures to President Donald Trump, flanked by Republican lawmakers, at a celebration of Congress passing the Tax Cuts and Jobs Act on the South Lawn of the White House on Dec. 20, 2017 in Washington, D.C. (Photo by Chip Somodevilla/Getty Images)

The revenue increases are directly tied to the Tax Cuts and Jobs Act (TCJA) touted by Trump, Michel told TheDCNF.

“Because the federal tax code expanded what is taxable income — the main change being they eliminated the exclusions for individuals and children and they compensated in other areas — income that is taxable at the state level for many states went up,” he said. “So we should expect to see in a majority of states income tax revenue rise because of the changes in the Tax Cuts and Jobs Act.”

States are still adjusting to the TCJA, called the largest overhaul to the tax code seen since 1986, so tax experts cannot be sure “how much of the revenue gains states have experienced of late will be recurring versus one-time,” according to the Nasbo report.

The Tax Cuts and Jobs Act of 2017 was touted as Trump’s first major legislative victory.