The Mueller investigation has cost taxpayers $25 million, according to documents released Friday by the Department of Justice.

The special counsel’s investigation into Russia’s alleged interference in the 2016 election has been ongoing since May 2017. The latest numbers released by the department show that, in a six-month time period from April 1, 2018, to Sep. 30, 2018, there were over $4.5 million in expenditures.

Those expenditures included over $2.8 million in salary for Mueller and his team. 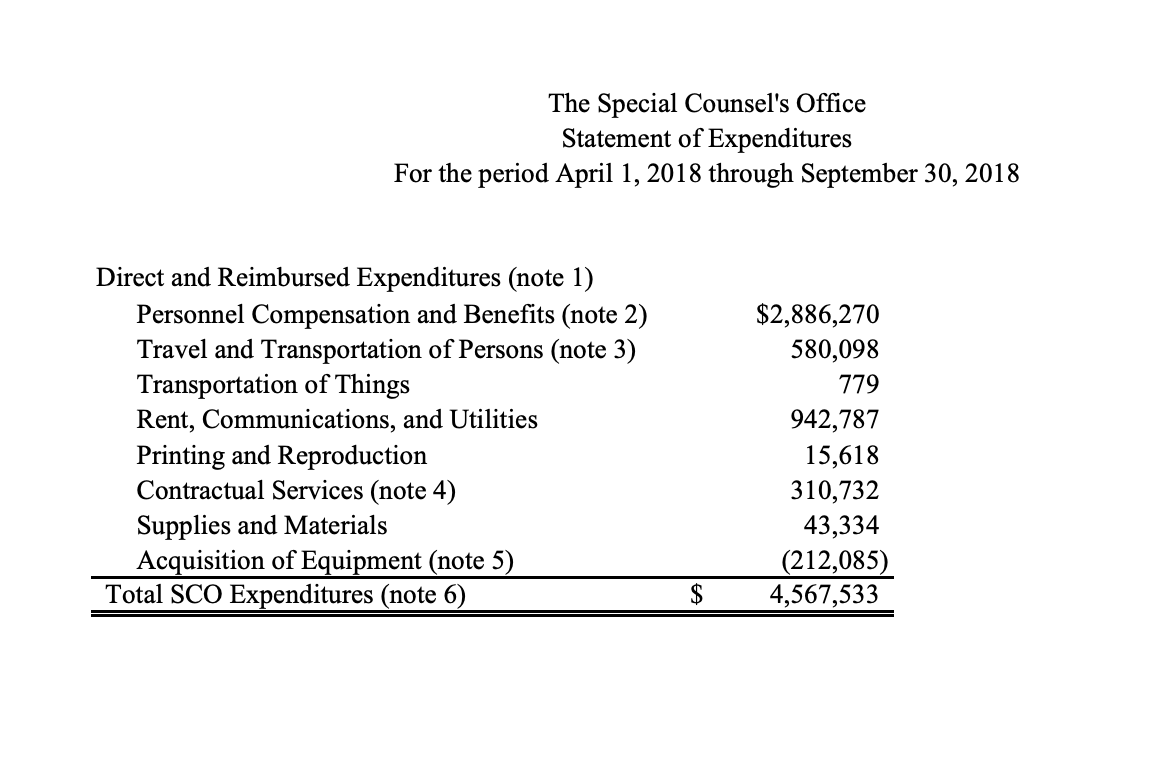 This adds up to “just over $25 million,” according to CNN analysts:

The department previously reported $6.7 million in direct and indirect costs from May through September 2017, and $10 million from October 2017 through March 2018 — bringing the total from all three reports over the life of the investigation to just over $25 million. Of that amount, only $12.3 million is the special counsel’s direct expenditures.

Mueller’s investigation has so far proven no hard evidence of collusion between the Trump campaign and Russia but has implicated various campaign aides in unrelated crimes. Trump campaign staff Michael Flynn, Paul Manafort, Rick Gates and George Papadopoulos have all been targeted by the broad scope investigation. (RELATED: Not A Single Lawyer Known To Work For Mueller Is A Republican)

President Donald Trump has regularly called the investigation a “witch hunt” and complained of its expense.

….terrible Gang of Angry Democrats. Look at their past, and look where they come from. The now $30,000,000 Witch Hunt continues and they’ve got nothing but ruined lives. Where is the Server? Let these terrible people go back to the Clinton Foundation and “Justice” Department!