Congressional candidate Mark Harris was thought to be the winner in North Carolina’s 9th District, but there could be an attempt to replace him with a less tarnished candidate in a brand-new primary over allegations of ballot fraud.

The state elections board has not called for a new election, but North Carolina Republican lawmakers could dump him via a bill the state House and Senate approved Wednesday. A measure in the bill mandates a new primary for the district if the state elections board votes for a new general election, reported WSOC. Harris leads Democrat Dan McCready by roughly 900 votes, according to an unofficial count, and the Democrat withdrew his concession Thursday.

A Thursday article by The Washington Post is also adding to Harris’s troubles. It claims:

North Carolina congressional candidate Mark Harris (R) directed the hiring of a campaign aide now at the center of an election-fraud investigation, according to three individuals familiar with the campaign, despite warnings that the operative may have used questionable tactics to deliver votes.

The alleged ballot fraud was concentrated in rural Bladen County, where Dowless ran a “command center,” according to WaPo. The district’s voters won’t know if there will be a new election until after Dec. 21, when a hearing about Dowless’s alleged illegal ballot harvesting is scheduled, according to WSOC. (RELATED: Who Is McCrae Dowless, The Operative Accused Of A Ballot Fraud Scheme In North Carolina’s 9th Congressional District?)

Republicans Give Themselves An Out

The state’s Republican lawmakers seemed reluctant to give themselves a way to dump Harris until a photo of the candidate and Dowless circulated online after being posted Tuesday on Twitter.

Dowless denied all accusations of wrongdoing to The Charlotte Observer. His work connected to Harris was on behalf of the political consulting firm Red Dome Group, according to WSOC.

BREAKING: We have obtained a photo of Mark Harris and McCrae Dowless together. The picture was taken in March at a political event in Bladen County. The person who took the photo has asked us to not identify them. #NC09 #ncpol @wsoctv pic.twitter.com/v4w9L6GwAa

‘[Dowless] was an independent contractor who worked on grassroots for the campaign, independent of the campaign … as he’s done for a number of campaigns over the years,” said Andy Yates, Harris’s top strategist and founder of Red Dome Group, according to The Charlotte Observer.

Yates told WaPo Harris “was aware of Red Dome’s relationship with Mr. Dowless and believes like I do that Mr. Dowless operated within the bounds of the law.”

The bill that could require a new primary election in the 9th District go to Democratic Gov. Roy Cooper’s desk, but even if he won’t sign it, Republicans are in the position to overrule his veto, reported Politico.

Harris has maintained there are not enough votes in question to affect the outcome.

“Make no mistake, I support any efforts to investigate allegations of irregularities and/or voter fraud, as long as it is fair and focuses on all political parties,” Harris said in a Nov. 30 statement. “But to date, there is absolutely no public evidence that there are enough ballots in question to affect the outcome of this race.”

But state election officials have the power to order a new election even if the alleged voter fraud did not occur on a large enough scale to affect the race. They can order Harris and McCready to face off once again if they find enough irregularities to inspire skepticism of the results.

Who Would Run In The Republican Primary?

Harris was senior pastor at First Baptist Church in Charlotte, North Carolina, before deciding to run for Congress and defeating Republican incumbent Rep. Robert Pittenger in the primary, reported The Charlotte Observer. Harris was endorsed by President Donald Trump in the midterm elections and appeared with the president at a handful of events in 2018. 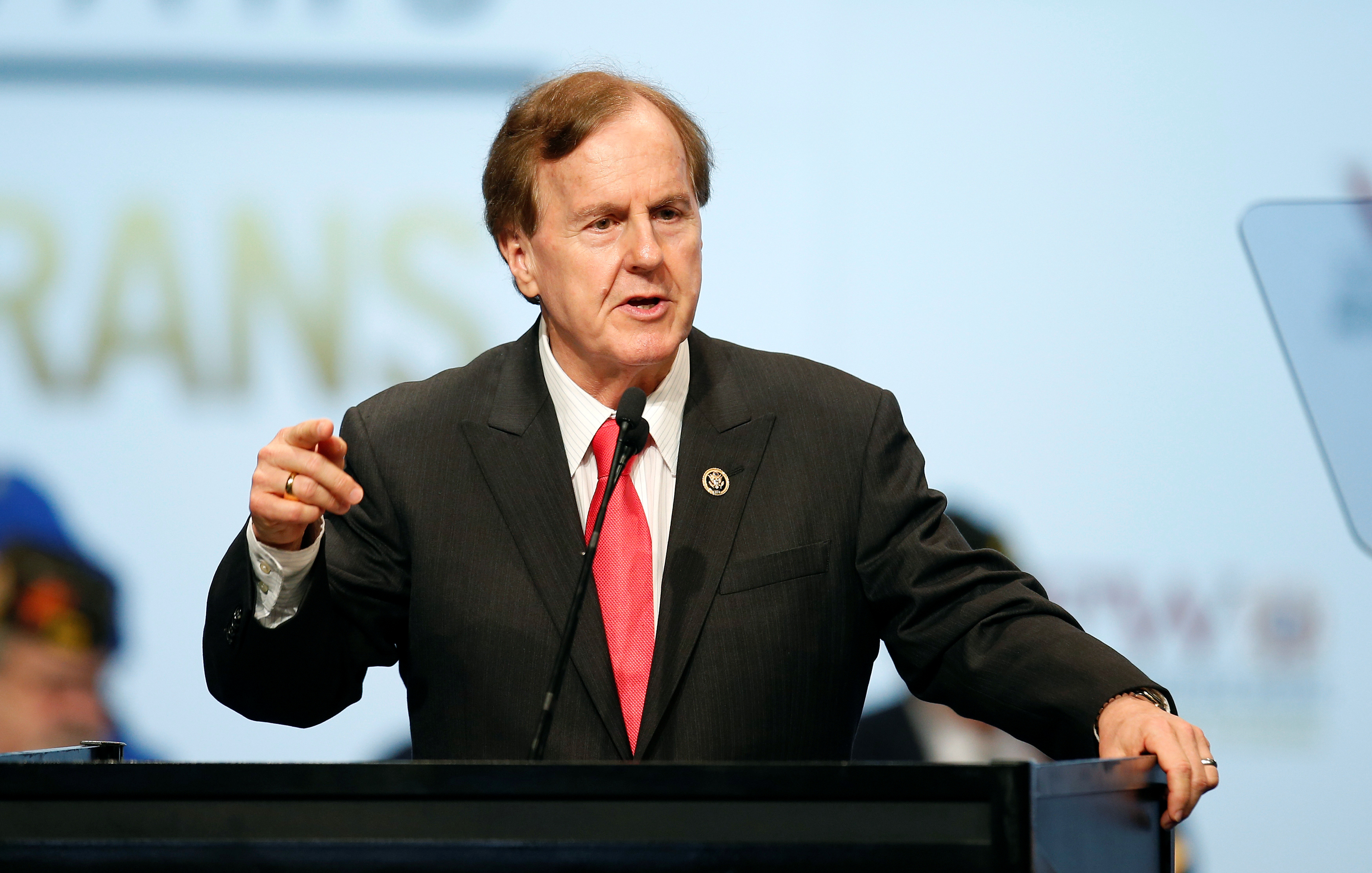 No Republicans have stepped up to say they will try to replace or run against Harris, but several names are floating, including Pittenger’s.

What Did Dowless Allegedly Do Wrong?

There is no evidence any absentee ballots were destroyed, but political analysts have called attention to Harris’s share of the absentee by mail votes in Bladen County. His share was disproportionate to results in other counties, reported WSOC.

Harris received 61 percent of absentee by mail votes in Bladen County, which was the only county where Harris had a bigger share than McCready, according to politics professor Dr. Michael Bitzer’s analysis reported by WSOC. (RELATED: Guess Which Politician Was The Most-Searched US Candidate On Google In 2018)

“In Bladen County, 61 percent of the accepted absentee-by-mail ballots went Republican — the only county to do so; meaning that along with the almost 20 percent of loyal registered Republicans who voted that method, Harris would have also received almost all the registered unaffiliated voters and/or some Democratic registered voters to make it to 62 percent of the vote,” Bitzer wrote, according to WSOC. 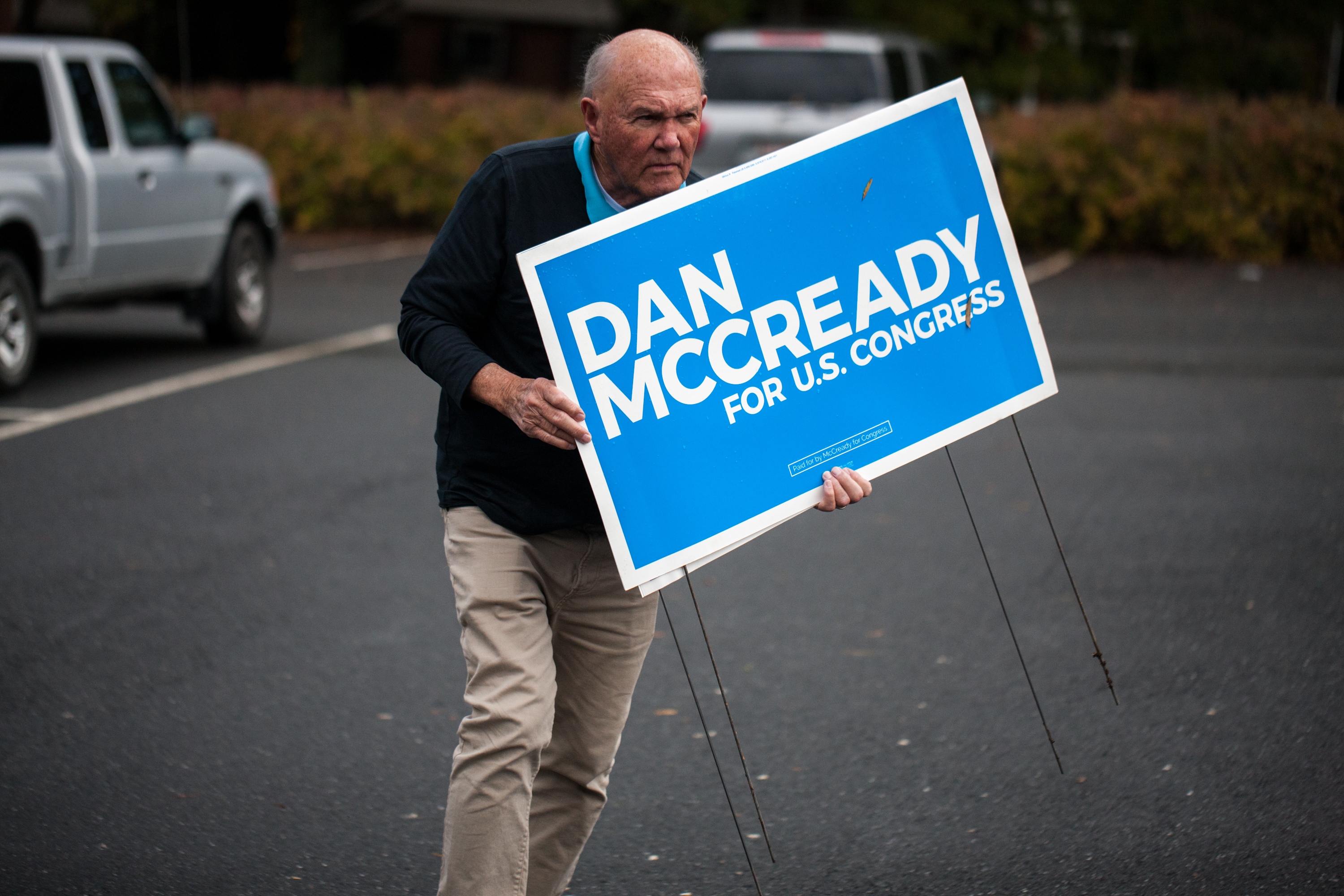 State officials are looking into statements from Bladen County residents that point to ballot harvesting. The New York Times reported:

Now there are allegations of absentee ballot fraud against Dowless over Harris’s primary win over Pittenger. An affidavit filed Tuesday claims Dowless had approximately 800 absentee ballots in his possession ahead of the primary, reported Politico. Harris swept 96 percent of mail-in ballots in Bladen County when he defeated Pittenger, reported WSOC.

The Daily Caller News Foundation reached out to Harris, McCready and Pittenger but did not receive a response at the time of publication.