The Department of Housing and Urban Development issued an annual report to Congress on Monday, finding that despite a strong economy, homelessness in the United States rose slightly for the second year in a row.

After seven years of decline, homelessness in the U.S. rose about 0.3 percent to 552,830 people, according to HUD’s report.

This is an increase in about 1,834 people from 2017, but it comes a time when unemployment in the U.S. is at a nearly 50-year low, dropping to 3.7 percent in September and remaining unchanged through November.

For the year, wages and salaries also rose by 3.1 percent in the third quarter for workers in the private sector, which was the fastest increase in nearly a decade, according to the Department of Labor.

“Our state and local partners are increasingly focused on finding lasting solutions to homelessness even as they struggle against the headwinds of rising rents,” HUD Secretary Ben Carson said in a press release.

“Much progress is being made and much work remains to be done but I have great hope that communities all across our nation are intent on preventing and ending homelessness.”

The report is based on a consensus locally conducted throughout the country and includes people living in shelters and those not living in shelters. (RELATED: San Francisco’s Homelessness Population Is Surging — And Getting More Violent)

HUD attributed the slight tick in homelessness to two factors: a 2.3-percent increase of unsheltered homelessness and the nearly 4,000 people forced to stay in emergency shelters set up in areas impacted by natural disasters, such as Hurricanes Harvey, Irma, Maria and Nate as well as the California wildfires.

Of the 552,830 homeless people, 358,363 were located in such transitional housing programs or emergency relief centers, while 194,467 were unsheltered.

“Communities across the country are getting better and better at making sure that people exit homelessness quickly through Housing First approaches,” said Matthew Doherty, executive director of the U.S. Interagency Council on Homelessness.

“We know, however, that a lack of housing that people can afford is the fundamental obstacle to making further progress in many communities.”

The number of families with children experiencing homelessness declined 2.7 percent since 2017, and veteran homelessness also decreased 5.4 percent, or 37,878 people, since January 2017, according to the HUD press release.

The number of unaccompanied minors and children also decreased 5.1 percent, and now sits at an estimated 36,361. 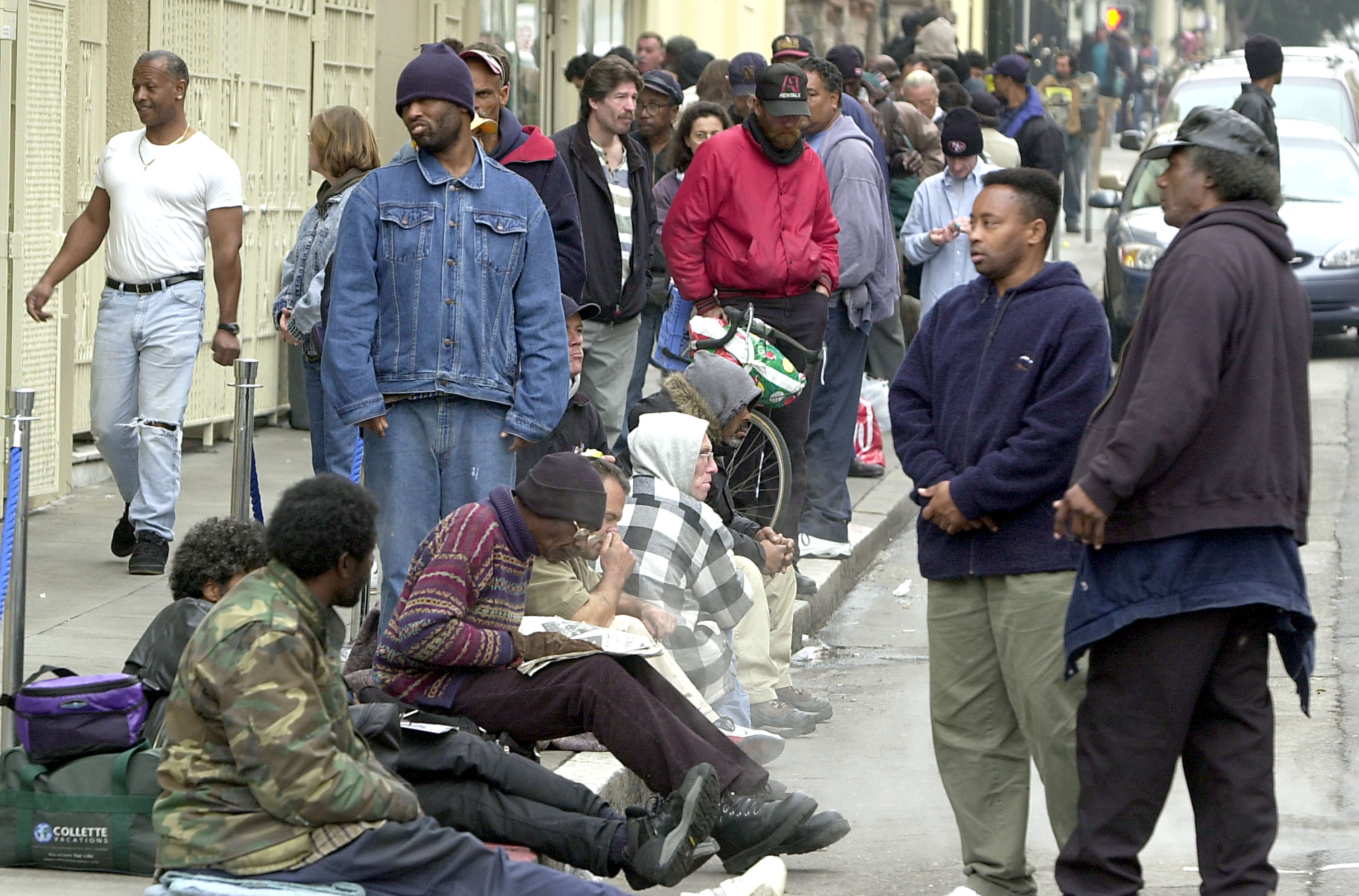 In total, 31 states and the District of Columbia reported decreases in homelessness while 19 reported increases.

While Los Angeles, California, has historically faced increasing homelessness, the city saw a 4.7 decline in the number of homeless people, in part due to recent moves by the state to address the issue.

The city passed a countywide sales tax in 2017 to drum up about $350 million annually for services to combat homelessness. Los Angeles also approved a $1.2 billion bond to help build 10,000 housing units over the next 10 years, according to The Wall Street Journal.

“We are seeing the results of investment that voters have made, and we are doing better with the resources we have,” Peter Lynn, the executive director of the Los Angeles Homeless Services Authority, told TheWSJ.

HUD’s numbers come from a one-night study in January in which tens of thousands of volunteers, along with planning agencies called “Continuums of Care,” track 3,000 cities and counties across the country to identify the number of individuals, veterans and families who are homeless. Other sources, including the Department of Education and U.S. Housing Survey, contributed full-year counts to the data.