Tucker Carlson interviewed a high school teacher and his lawyer on Monday night. The teacher was fired earlier this month for refusing to use a trans student’s preferred pronouns.

Peter Vlaming, a former French teacher at West Point High School, told his superiors that he was willing to call the student by their preferred name, but refused to call them their ideal pronouns because it contradicted his Christian faith. He was fired for violating the school’s non-discrimination policies.

“The first question I think in most people’s minds is going to be, did you in some way to insult the student? Were you cruel to the student? Was there something untoward that you said to the student?” Carlson began. (RELATED: Federal Court Sides With Trans Student Barred From Preferred School Bathroom)

“Not at all. I love and respect all of my students including the student in question. I did everything I could to accommodate the student’s new identity,” Vlaming responded. “I used the new name, I avoided feminine pronouns, but male pronouns were a bridge too far. But I did everything in my power to accommodate and show respect towards this student and this student’s choices.” 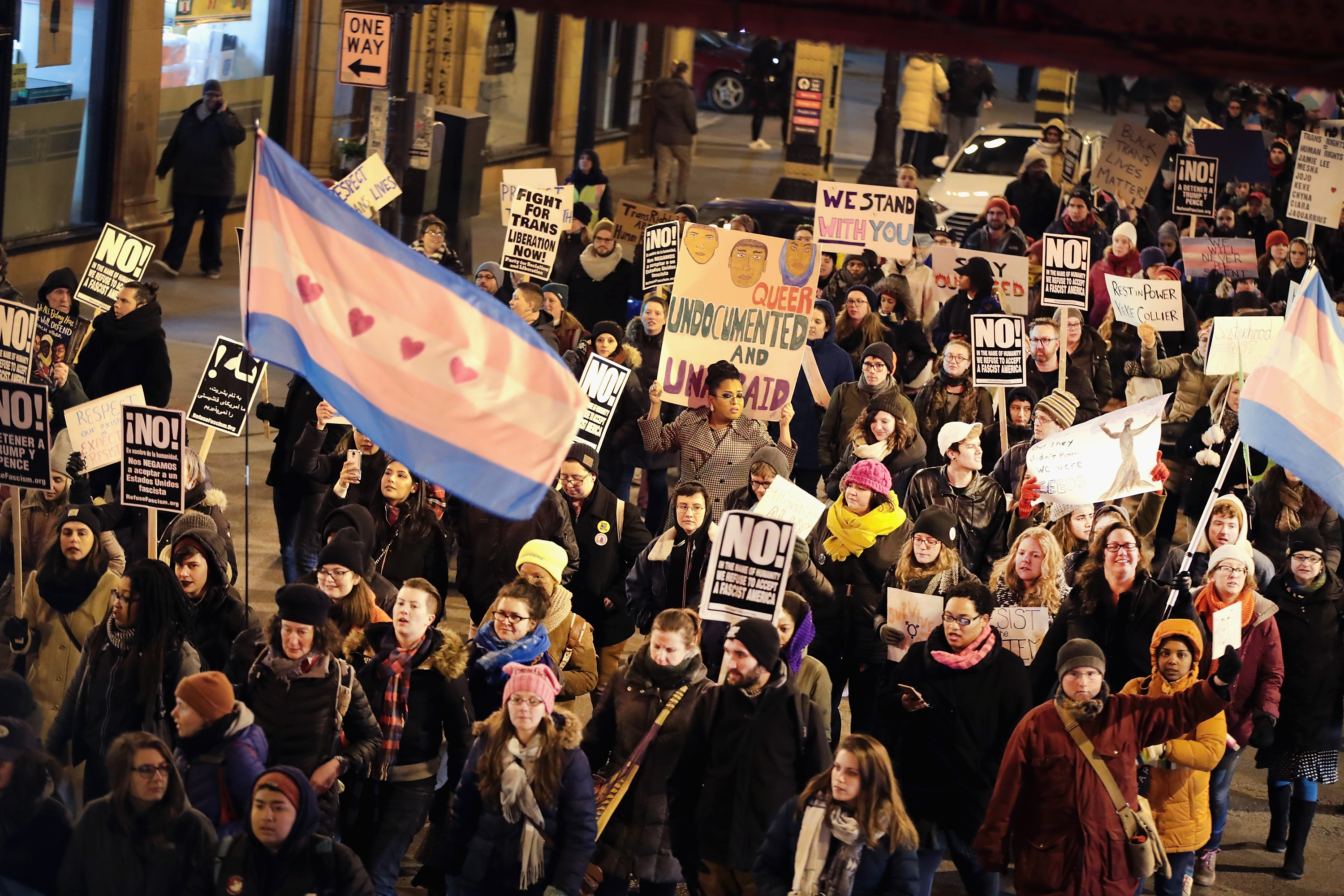 CHICAGO, IL – MARCH 03: Demonstrators protest for transgender rights with a rally, march through the Loop and a candlelight vigil to remember transgender friends lost to murder and suicide on March 3, 2017 in Chicago, Illinois. (Photo by Scott Olson/Getty Images)

Vlaming added, “Not at all and it’s not my place as a public school teacher to give my view on that subject. I’m a French teacher, I teach French.”

“To our understanding, this is the first time in the country. We should make clear, Tucker, all we are asking for is that tolerance be a two-way street here. He respected the student. All he has asked for is that the respect be extended to him and to his rights,” Shawn Voyles, Vlaming’s lawyer, interjected. “Pete was actually fired for what he would not say.”