Arizona Republican Rep. Martha McSally will be appointed to John McCain’s former Senate seat after Republican Sen. Jon Kyl announced he is resigning from the U.S. Senate at the end of December.

Gov. Doug Ducey, announced in a Tuesday statement that McSally will be taking the seat. This comes as McSally lost her Senate bid to Democratic Sen. Kyrsten Sinema in a tight Nov. 6 midterm race.

“All her life, Martha has put service first — leading in the toughest of fights and at the toughest of times,” Ducey said in his statement. “With her experience and long record of service, Martha is uniquely qualified to step up and fight for Arizona’s interests in the U.S. Senate. I thank her for taking on this significant responsibility and look forward to working with her and Senator-Elect Sinema to get positive things done.”

Kyl, who replaced McCain after his death, told The Arizona Republic that he will leave office on Dec. 31, when the legislative calendar ends. He said he agreed to finish working until the 115th Congress concluded, he also thanked Ducey for his appointment. (RELATED: Jon Kyl To Resign From US Senate At The End Of December) 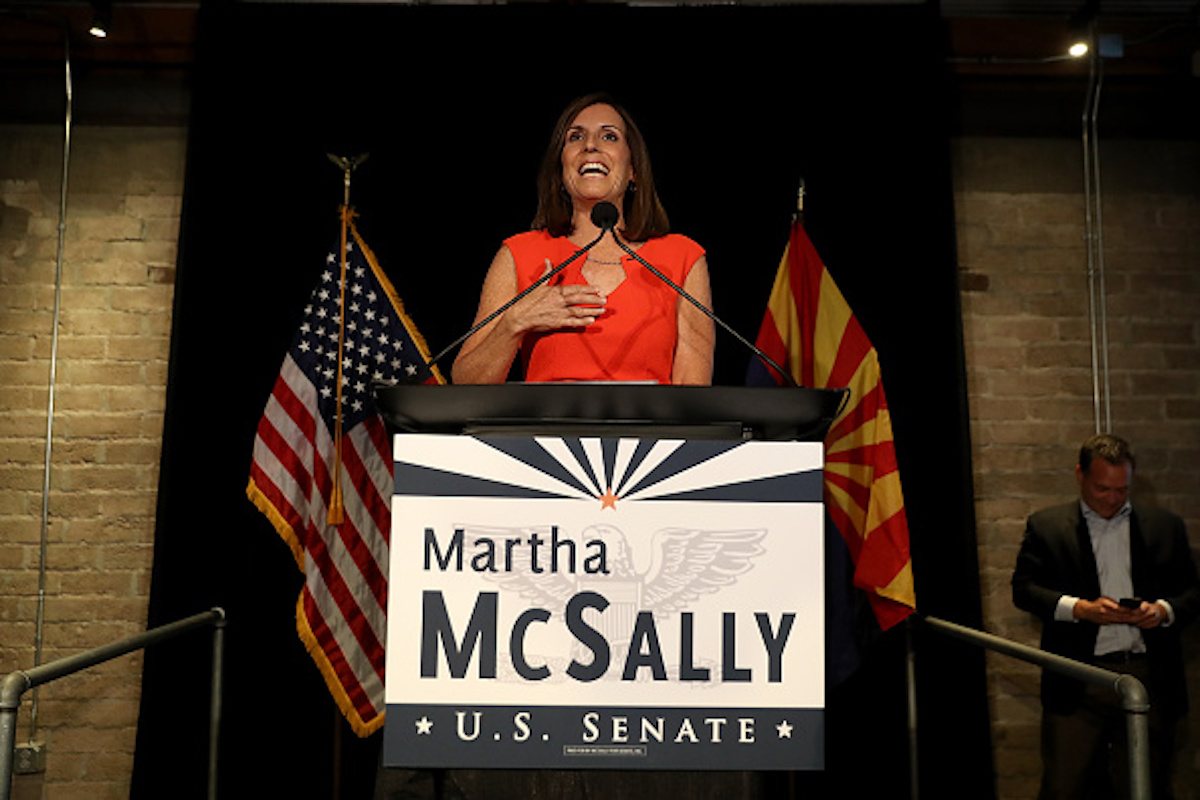 Rep. Martha McSally speaks during her primary election night gathering at Culinary Drop Out at The Yard on August 28, 2018 in Tempe, Arizona. (Photo by Justin Sullivan/Getty Images)

McCain’s wife, Cindy, tweeted out her support for McSally shortly after the news broke: “Arizonans will be pulling for her” and that she respected Ducey’s decision.

My husband’s greatest legacy was placing service to AZ & USA ahead of his own self-interest. I respect @dougducey‘s decision to appoint @RepMcSally to fill the remainder of his term. Arizonans will be pulling for her, hoping that she will follow his example of selfless leadership

McSally said she was “humbled and grateful to have this opportunity to serve and be a voice for all Arizonans,” in a Tuesday statement. “I look forward to working with Senator-Elect Kyrsten Sinema and getting to work from day one,” she continued.