WASHINGTON — Washington, D.C., moves to join the likes of California, Seattle, Portland and New York next year with the decriminalization of fare evasion on its Metro trains, citing a disproportionate effect of such laws on people of color.

The legislation, which passed 11 to two in the council’s Dec. 4 meeting, was created by D.C. Councilmember Trayon White, who made headlines earlier this year when he accused Jews of controlling the weather.

VIENNA, VA – AUGUST 12: Police stand watch at the Vienna/Fairfax GMU Metro Station in anticipation of the arrival of the white supremacist Unite the Right participants who plan to gather at the station before traveling to the White House August 12, 2018 in Vienna, Virginia. (Photo by Chip Somodevilla/Getty Images)

A Metrorail commuter uses a fare machine at a station in Washington, DC, on October 24, 2018. (Photo: JIM WATSON/AFP/Getty Images)

The Washington Metropolitan Area Transit Authority (WMATA) drafted a letter in response to the bill urging members of the council to consider the financial implications decriminalization would have on the already struggling public transit system.

“Metro loses about $25 million a year due to fare evasion on Metrobus alone,” reads the letter, with the Chair of Metro’s Board of Directors Jack Evans estimating an additional $35-40 million on Metrorail.

“We have a big problem with fare evasion at Metro,” said Evans, who also serves as a councilmember for D.C.’s Ward 2. “And when it is understood that you will just get a civil citation that is largely unenforceable, we’re looking at higher incidents. It will escalate when people realize there really is no penalty.”

“When you don’t pay your fare at Metro, you’re stealing,” Evans said. “That’s what you’re doing. It’s just like stealing something from a grocery store. You’re stealing money. So what we are doing is decriminalizing stealing.” 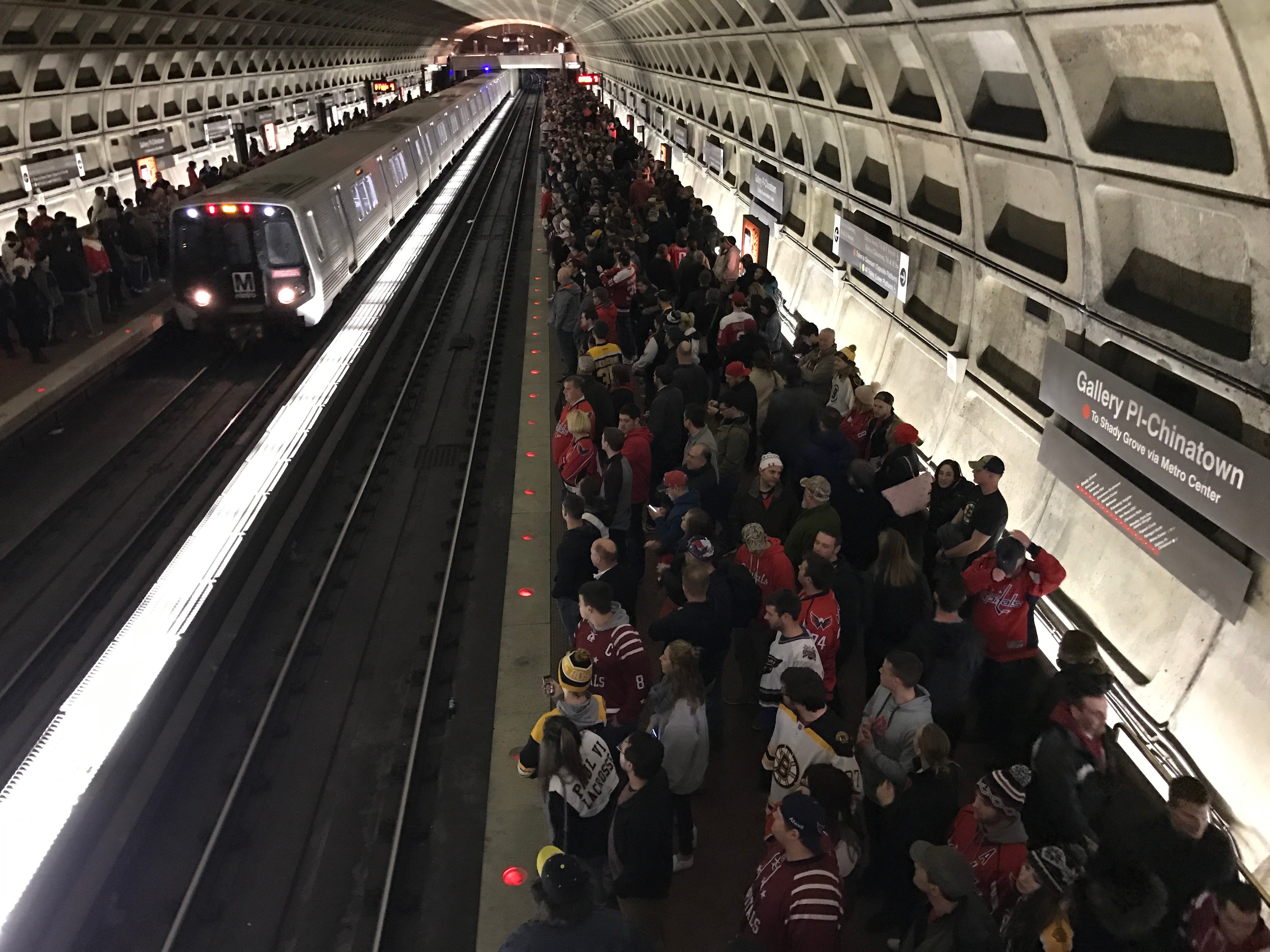 Hockey fans of the Washington Capitals team wait for a metro on February 1st, 2017 after a game at the Verizon center stadium. (Photo: DANIEL SLIM/AFP/Getty Images) 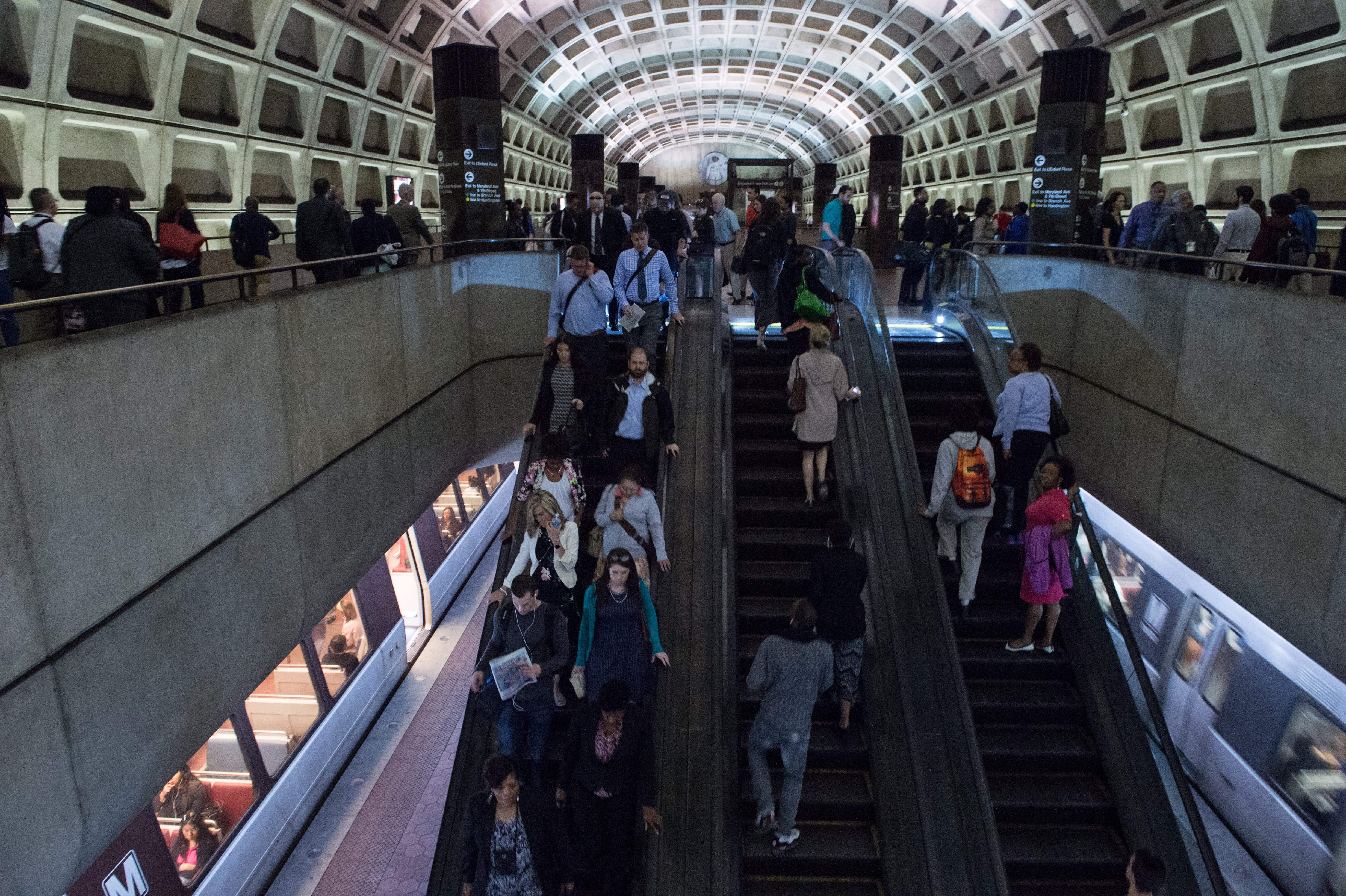 Commuters use the escalators at the L’Enfant Plaza station in Washington, DC, on May 24, 2016. (Photo: NICHOLAS KAMM/AFP/Getty Images)

While supporters of the bill expressed concern that people were being put in handcuffs for what amounts to a simple misdemeanor, WMATA insisted that only 8 percent of fare evasion stops result in an arrest.

Metro says the vast majority of those arrests are due to open warrants for other crimes or the commission of other crimes in addition to the evasion, such as an assault of a police officer.

In May, a patron stopped for squeezing through the fare gates without paying was taken into custody after officers learned he had an open warrant for sexual abuse, according to WMATA’s letter.

Another person stopped in August was arrested when police learned he was wanted for first-degree murder.

“Stopping individuals for fare evasion and the ability to check identification is an important tool for our Metro Transit police officers,” WMATA wrote, adding that the Metro Transit Police Department “has assured the WMATA Board of Directors that they will make no arrests solely for fare evasion where no other factors are present.” 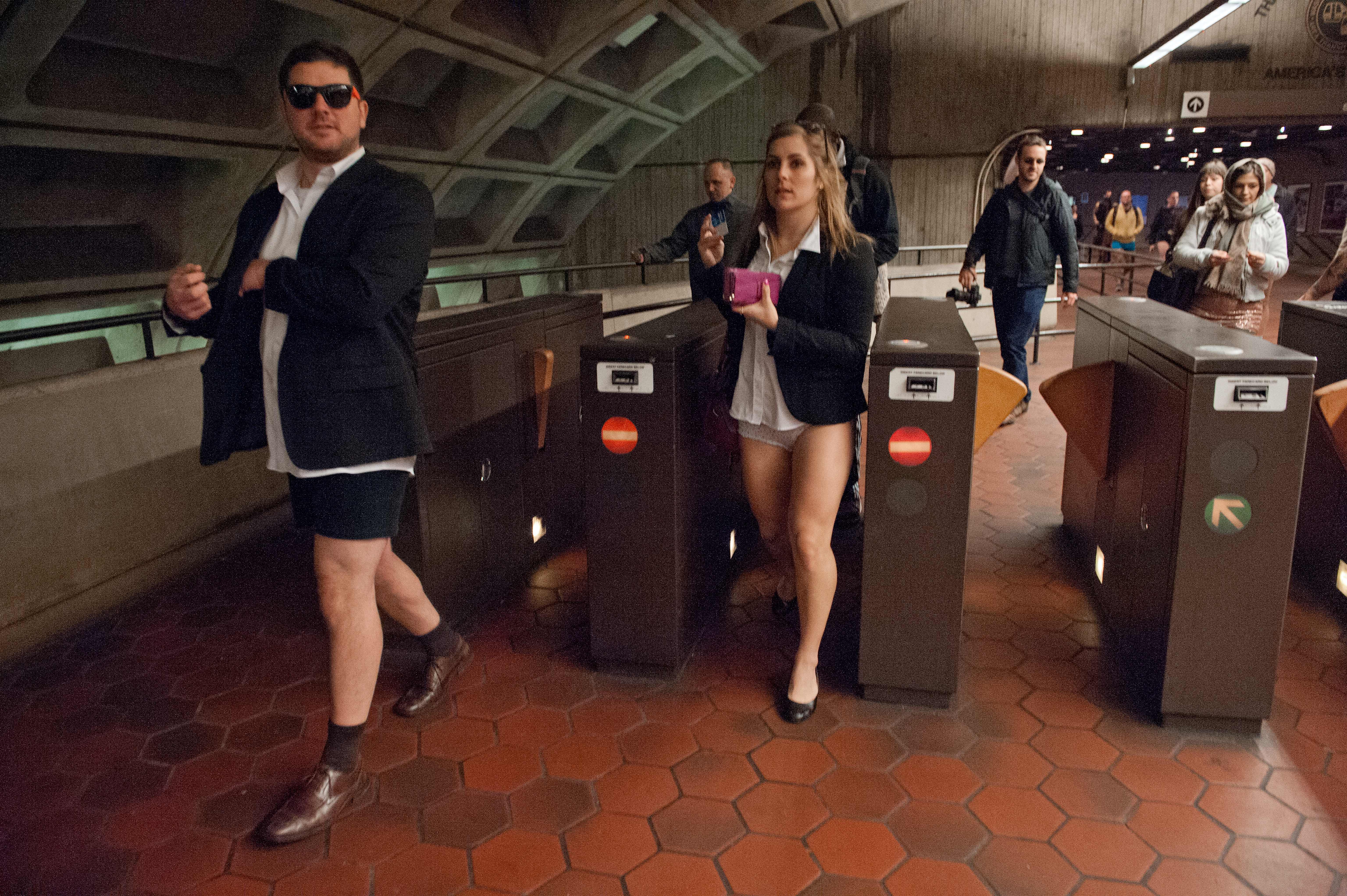 People taking part in the “No Pants Subway Ride” enter a metro station in Washington on January 12, 2014. “No Pants Subway Ride” is an annual event in which transit passengers ride trains without wearing pants in January. The event is observed in dozens of cities worldwide. (Photo: NICHOLAS KAMM/AFP/Getty Images)

Those other factors have included disorderly conduct, weapons offenses, possession of a controlled substance, possession with intent to distribute, refusal to sign a citation, throwing the citation at the officer and fleeing from police.

Councilmember Charles Allen cited other cities where similar measures were implemented, saying that each decriminalized fare evasion is due to “the racial inequities of its enforcement” and “the sky hasn’t fallen.”

“It would be easy to criminalize every bad behavior we don’t like because we know we wouldn’t do it,” said Allen. “But there are serious, real-life consequences that come with misdemeanors and just because I don’t have that burden to carry doesn’t mean our law is just.” 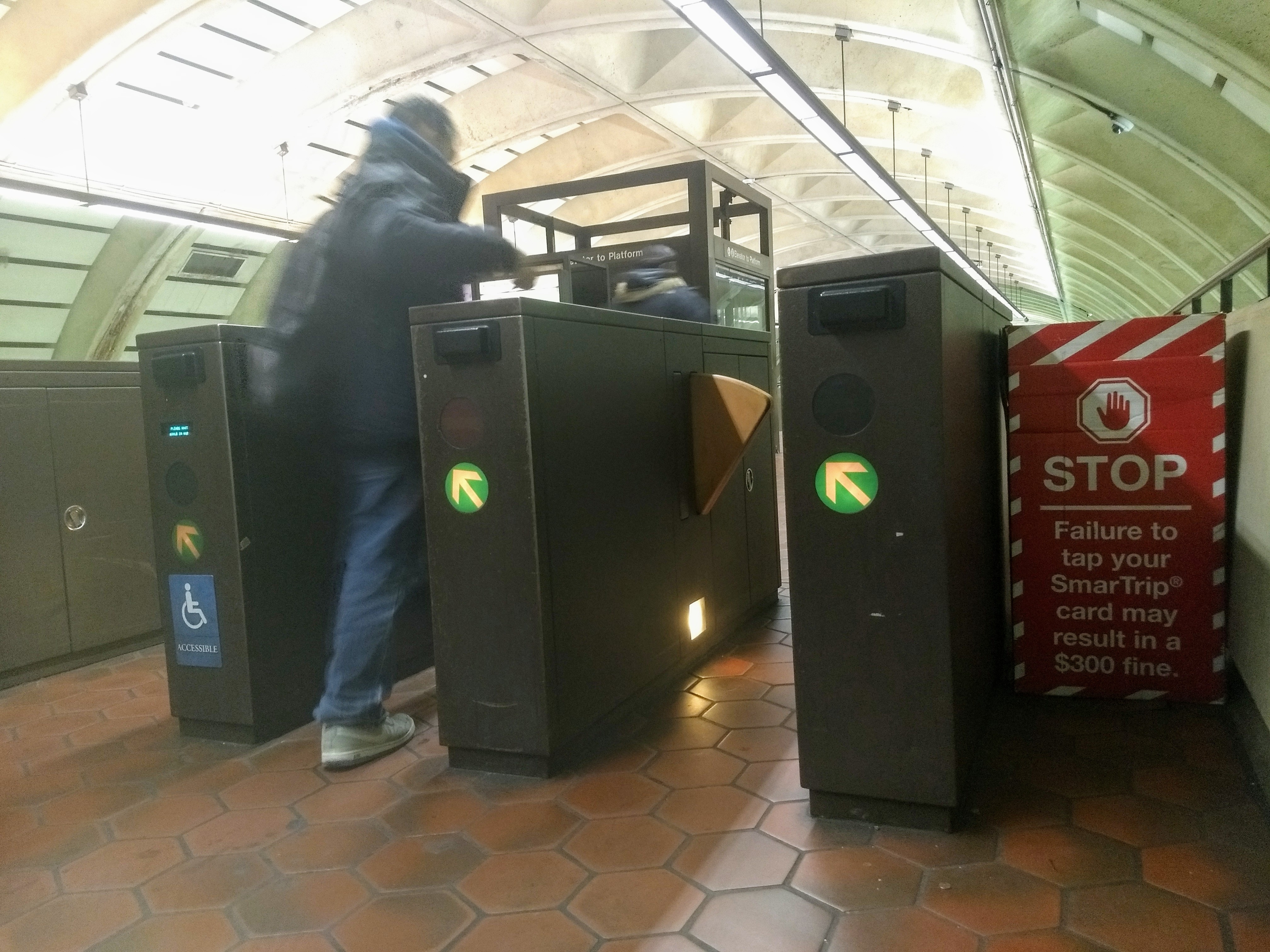 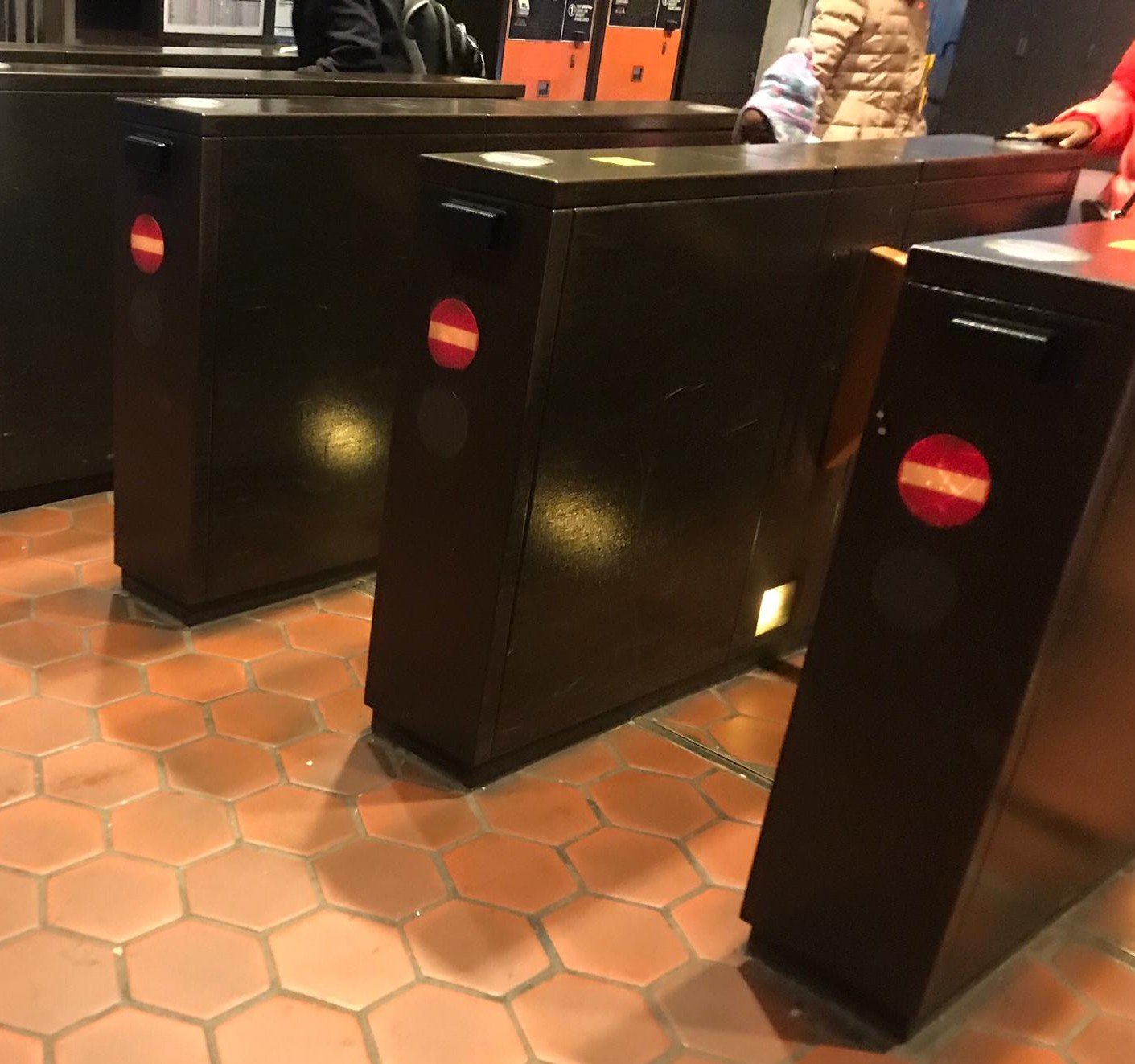 The only other vote against the bill aside from Evans’ came from Chairman Phil Mendelson.

“This about more than simply poor people who can’t pay the fare. These folks [are] deliberately and without evidence of inability to pay, deliberating avoiding the fare,” Mendelson said. “It’s people who are deliberately trying to cheat and they’re cheating the public transit system. It is theft. As legislators, we’re going to have to appropriate the subsidy to Metro. This is something that we have to pay for.”

WMATA echoed the financial concern, warning that “any increase in fare evasion as a result of a change in the law in the District would create additional requirements for subsidy increases or fare hikes to support Metro’s operating budget.” 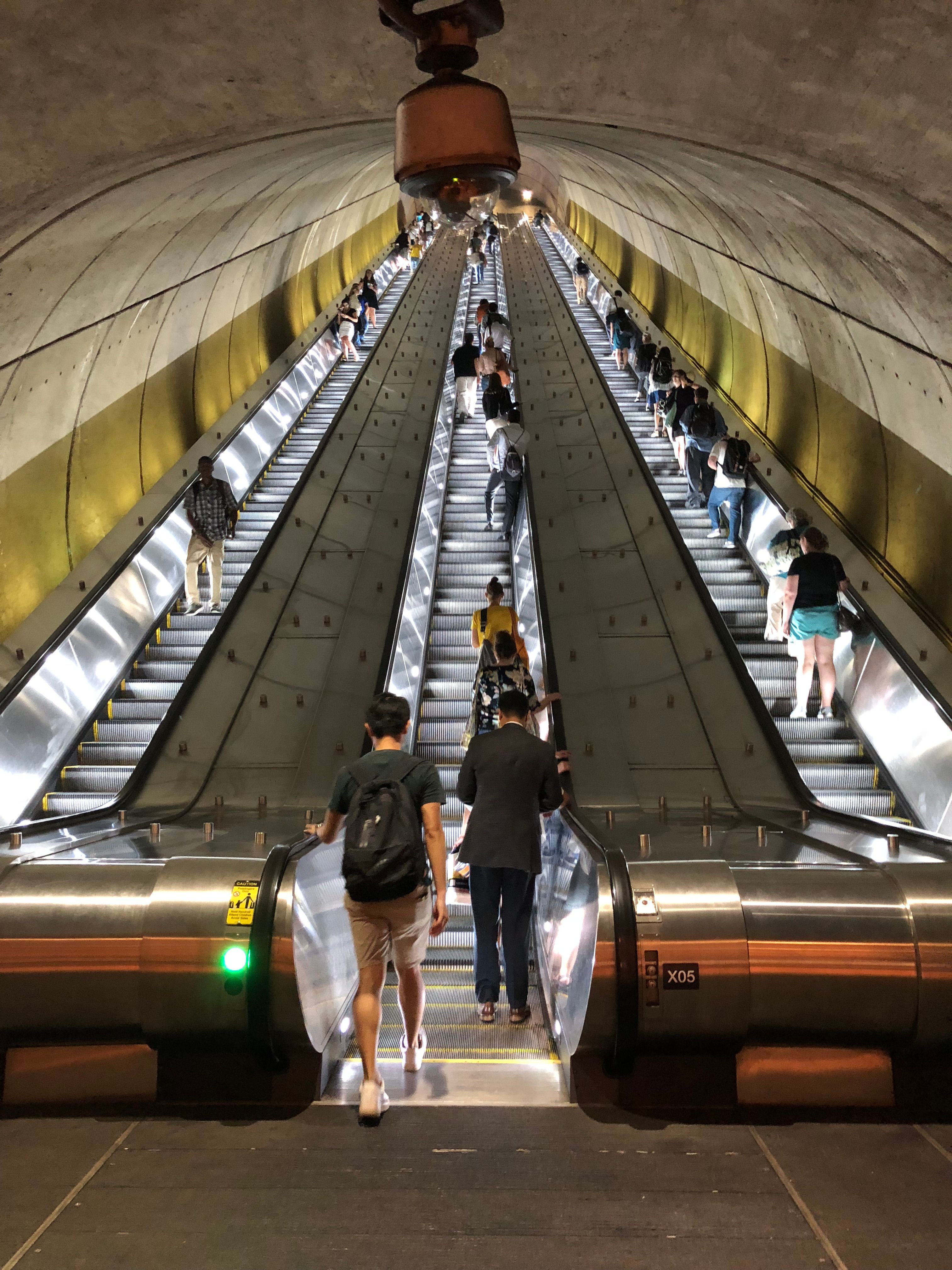 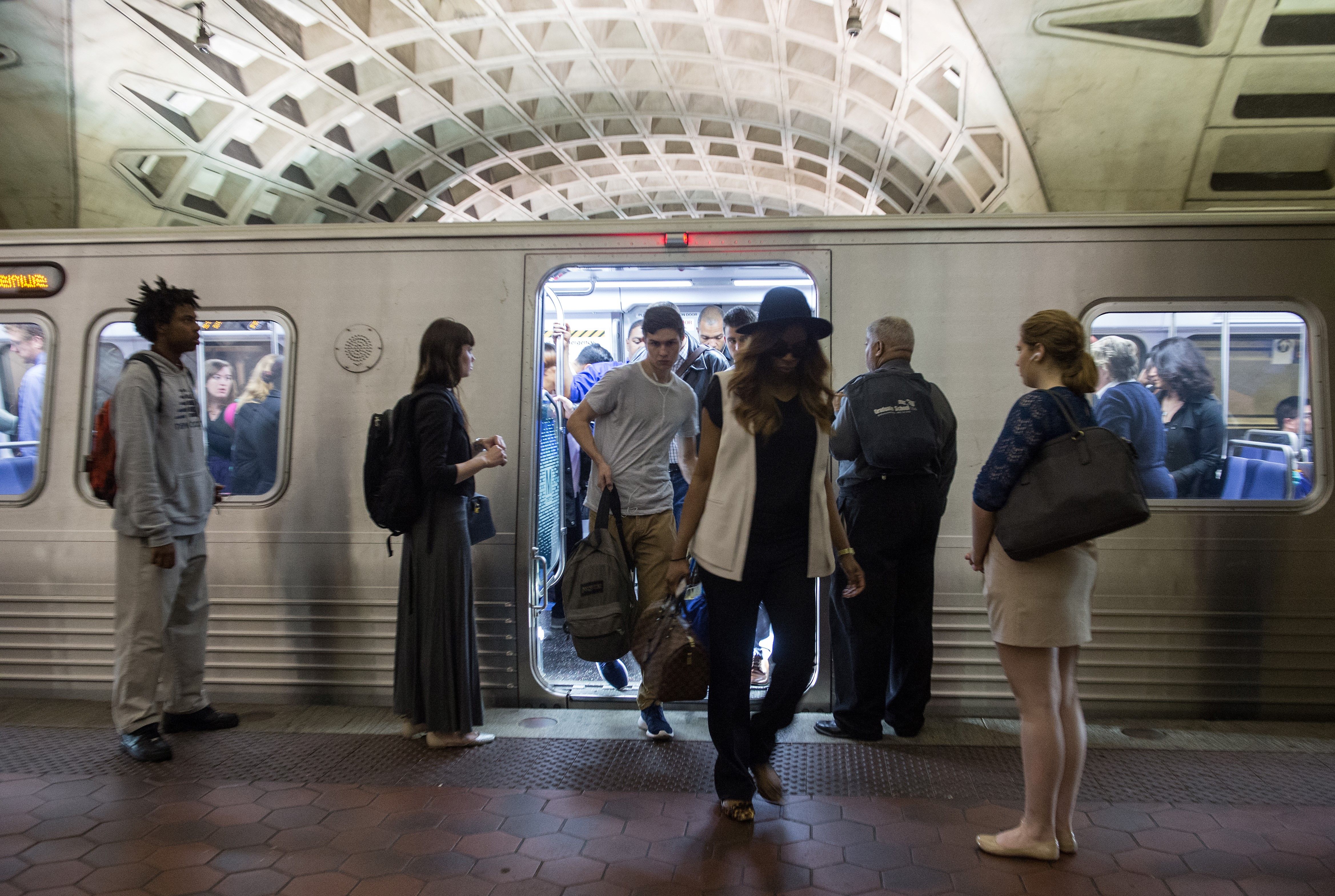 Commuters get off a Metro train as others wait to go aboard at the L’Enfant Plaza station in Washington, DC, on May 24, 2016. (Photo: NICHOLAS KAMM/AFP/Getty Images)

“It’s a feel-good thing,” said Evans. “I got it, and it’ll pass, but mark my words — this is a concern that we should all have about decriminalizing stealing.”

The bill, which also decriminalizes smoking, eating, spitting, littering and playing music without headphones, will be sent to Mayor Muriel Bowser for consideration. It is not clear when it will ultimately be decided on. (RELATED: EXCLUSIVE: DC’s Metro Couldn’t Document Its Complaint Responses; Then It Could)

“We raised serious concerns around safety and security and the financial impact of this action,” said Dan Stessel, chief communications officer for WMATA. “While we are extremely disappointed in the vote, it is our hope that the Council will revisit the issue once the effects are more fully understood.”