Senate Majority Leader Mitch McConnell announced Wednesday he would be introducing a short-term funding bill that would fund the government until Feb. 8, as funding is set to expire Friday.

The passing of the legislation is supposed to give both sides time to debate funding for a border wall, which has become the main issue for government funding. Republicans have continued to fight for billions of dollars in funding, while Democrats do not want to fund the wall at all.

“Later this morning I’ll introduce a continuing resolution that will ensure continuous funding for the federal government. The measure will provide the resources necessary to continue normal operations through February the 8th,” McConnell said in a floor speech Wednesday morning. 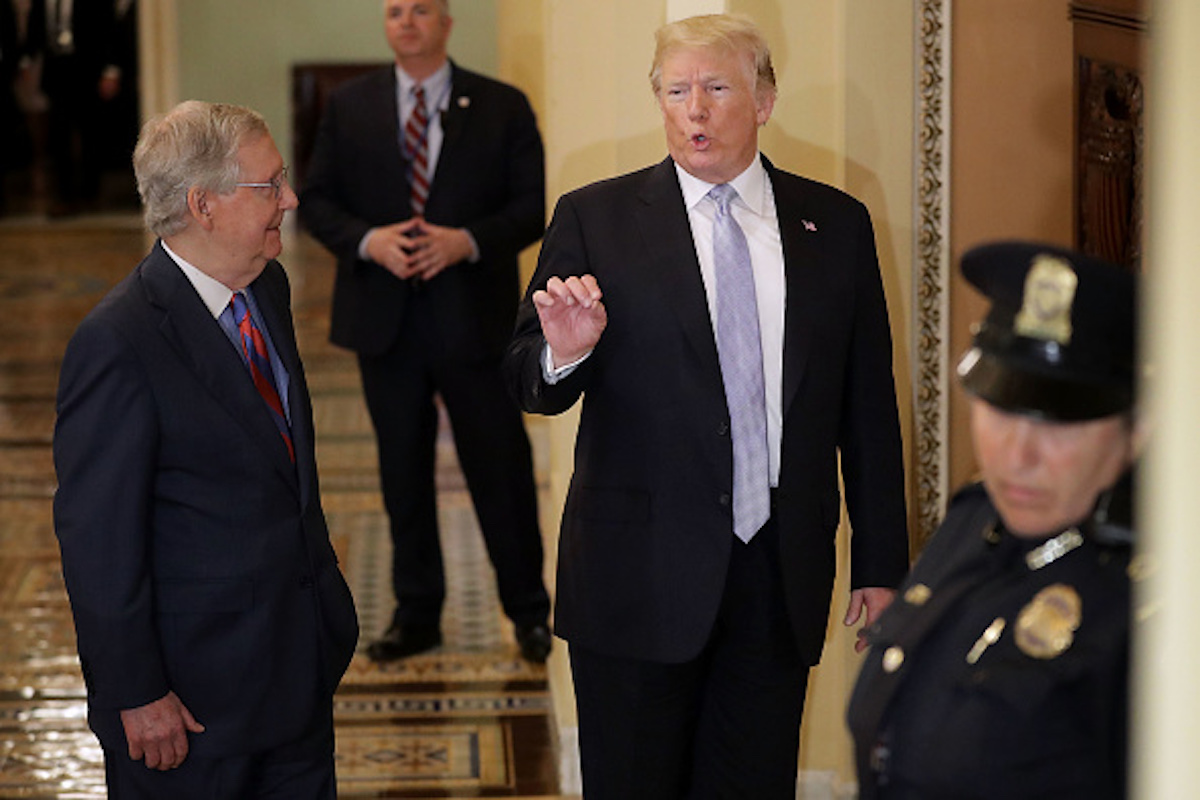 President Donald Trump is escorted by Senate Majority Leader Mitch McConnell to the weekly Senate Republican policy luncheon at the U.S. Capitol on May 15, 2018 in Washington, D.C. (Photo by Chip Somodevilla/Getty Images)

“I’m glad the leader thinks the government should not shut down over the president’s demand for the wall, and democrats will support this CR,” Senate Minority Leader Chuck Schumer said on the Senate floor after McConnell’s announcement.

Funding for the government was set to expire on Dec. 7. However, the House passed a two-week resolution to avoid a government shutdown by unanimous consent in a voice vote, meaning members did not have to be present for the vote. The bill was then approved by the Senate, which is in session, funding the government until Dec. 21. (RELATED: Congress Passes Two-Week Funding Bill To Avoid Government Shutdown)

If approved, McConnell’s bill will fund the government until Feb. 8 and give both sides more time to work out their differences on the border wall.