Host Jimmy Fallon asked Obama what was going through her mind as she and her husband, former President Barack Obama, waved goodbye from Air Force One after the inauguration.

“A lot was going on that day … that was a day,” she responded, adding an anecdote about how her daughters wanted to have a sleepover with friends the night before the busy day. (RELATED: Obama Responds To Obamacare Ruling, Decries Republicans Trying To Overturn Law In Courts)

“So there was that and the Tiffany’s box … it was just a lot,” Obama said, as she made a face in apparent attempt to take a swipe at Trump and the exchange the media deemed “one of the biggest mysteries of the Trump administration,” and one that “befuddled” the Obamas.

Melania brought Michelle a Tiffany’s box, and no one knew what to do with it. #Inauguration pic.twitter.com/CaC86LsgH4

Many on Twitter had fun postulating at the time what could be inside the box, with guesses ranging from Cheeto dust to a note that says “take me with you” to President Donald Trump’s infamous tax returns.

Eventually it emerged on The Ellen Degeneres Show that it was a “lovely frame,” but Obama also added she felt uncomfortable during the exchange because it wasn’t protocol for the moment.

“Well, there’s all this protocol. I mean, this is like a state visit, so they tell you that you’re going to do this, they’re going to stand here,” Obama recalled. “Never before do you get this gift, so I’m sort of like, ‘Okay, what am I supposed to do with this gift?”

“I was like, what do you do with the box?” the former first lady added. 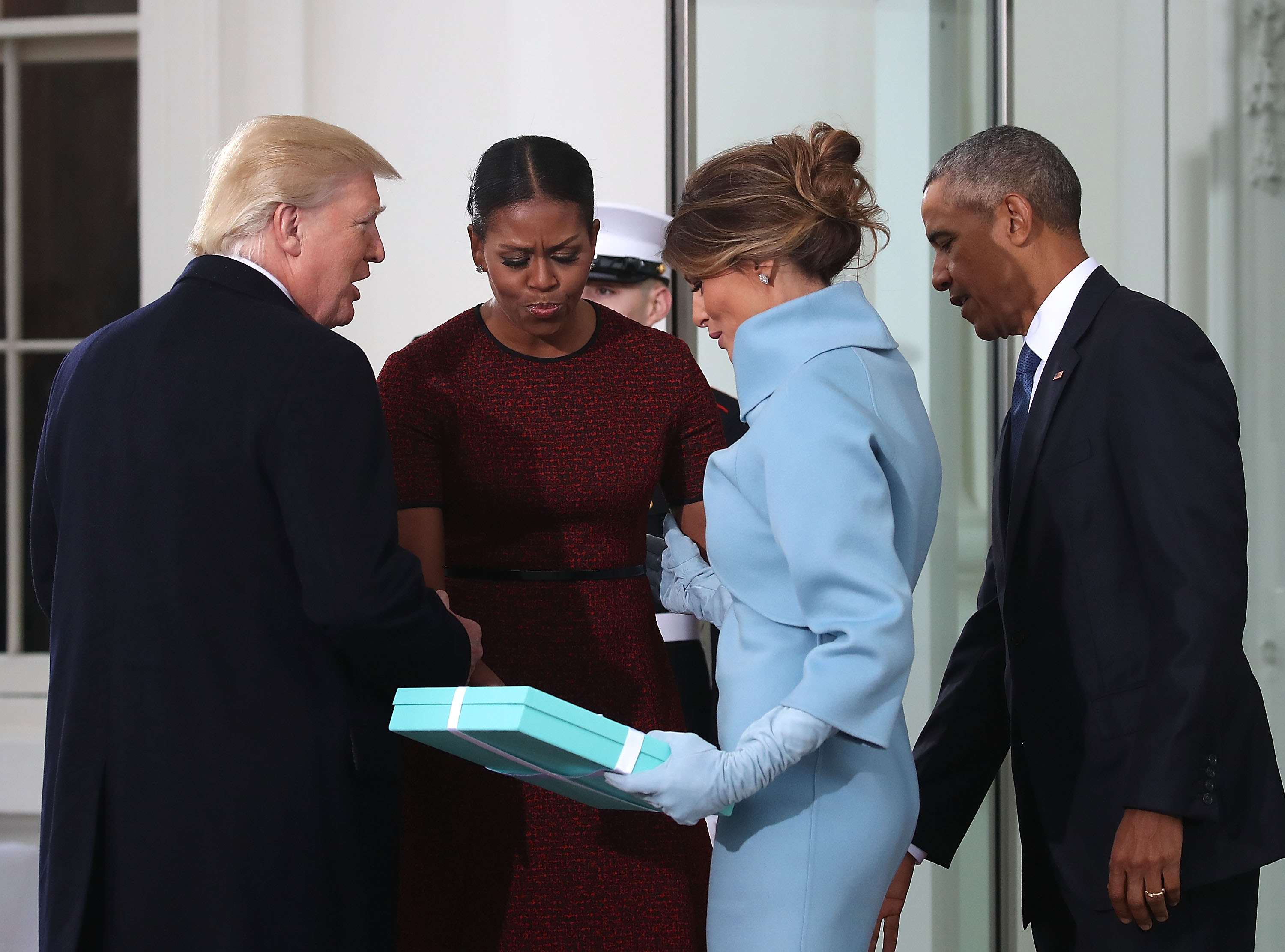 WASHINGTON, DC – President-elect Donald Trump and his wife Melania Trump are greeted by President Barack Obama and his wife first lady Michelle Obama, upon arriving at the White House on January 20, 2017 in Washington, DC. (Photo by Mark Wilson/Getty Images)

But after Obama brought up the viral gift exchange again on Tuesday with Fallon, CNN White House reporter Kate Bennett pointed out Obama did the same thing at the same event in 2009, when she and her husband greeted former President George W. Bush and former first lady Laura Bush on the steps of the White House. 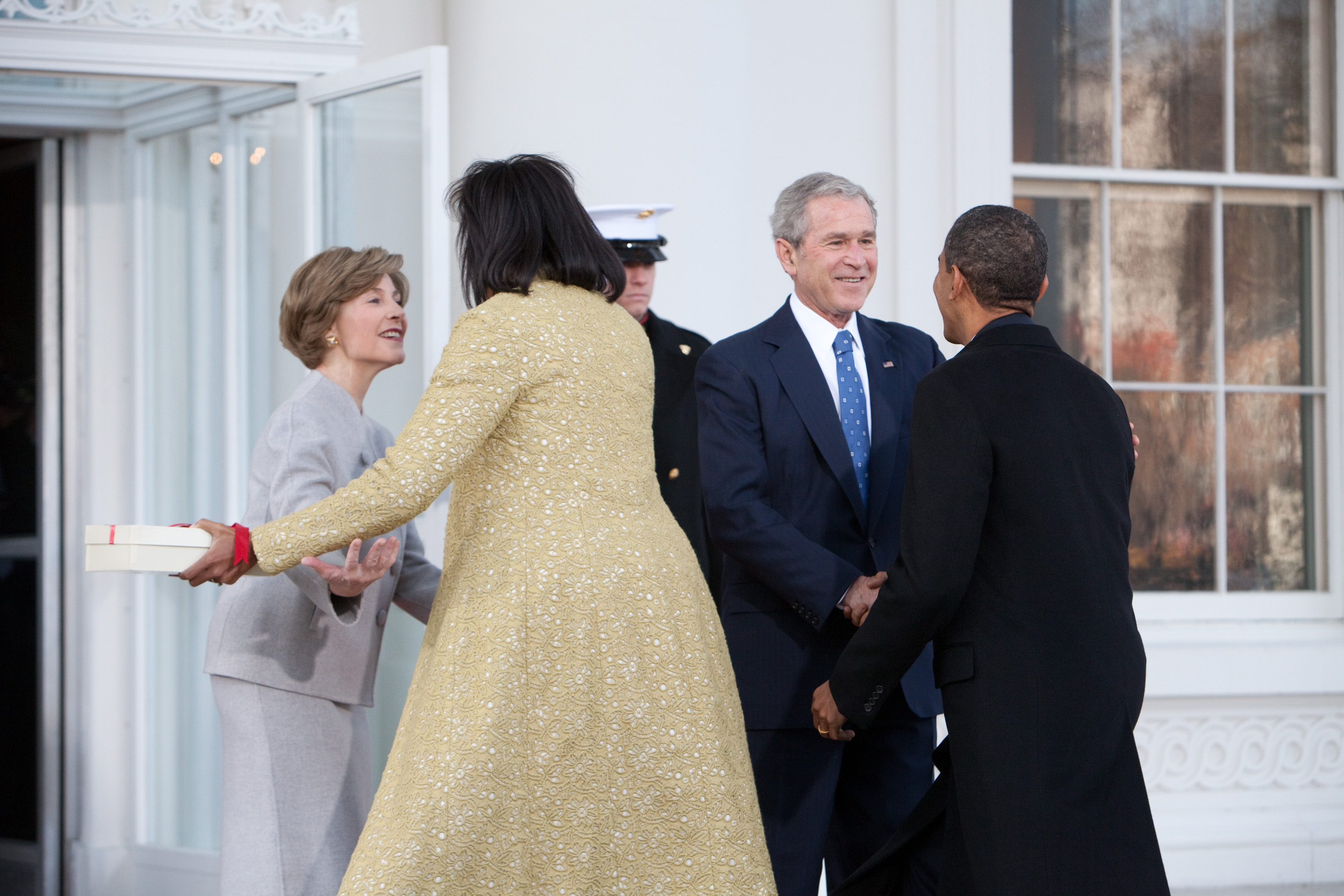 “It was sort of a rude thing to say, I thought; Melania Trump was just trying to be nice; she didn’t need to make fun of her for it. But whatever,” Bennett wrote in her newsletter.