The Financial Times named billionaire financier George Soros person of the year Wednesday for being a “standard bearer for liberal democracy” and an opponent of Europe’s growing populist movement.

FT honored Soros partially because of his outspoken opposition to populism and support of open societies. Many of the philanthropist’s supporters in the media and elsewhere believe reports criticizing him are tantamount to anti-Semitism. Soros is Jewish.

“From his native Hungary to his adopted America, the forces of nationalism and populism are battering the liberal democratic order he has tirelessly supported,” FT noted in their writeup. “The man once described as the only individual with a foreign policy must contend with the rise of strongmen across the globe — and a vicious backlash designed to delegitimise him” 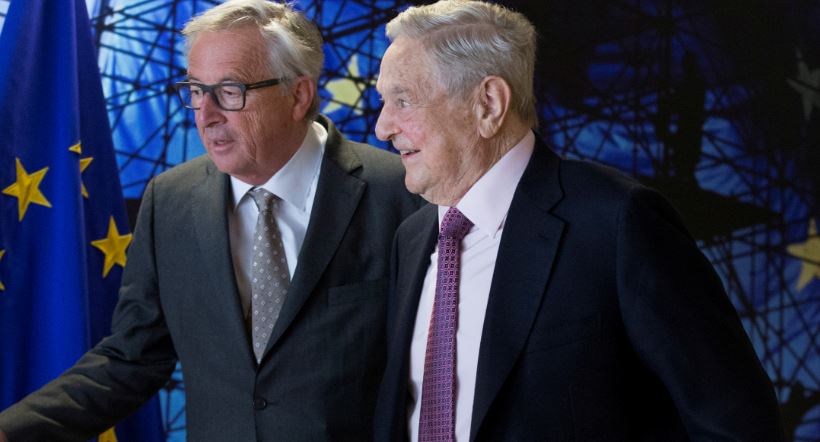 FILE PHOTO: EU Commission President Jean-Claude Juncker (L) meets U.S. financier George Soros as part of consultations on a new Hungarian law that has threatened to force the closure of a university he funds prior to a meeting in Brussels, Belgium, April 27, 2017.

The outlet even managed to get in a barb at President Donald Trump. “He (Soros) is the standard bearer of liberal democracy and open society. These are the ideas which triumphed in the cold war. Today, they are under siege from all sides, from Vladimir Putin’s Russia to Donald Trump’s America,” FT added.

Soros lamented his image as a liberal boogeyman, telling the reporters: “I’m blamed for everything, including being the anti-Christ … I wish I didn’t have so many enemies, but I take it as an indication that I must be doing something right.”

His main group — Open Society Foundation — announced in May plans to leave Hungary because of what Soros calls that country’s repressive government.