A twice-deported illegal immigrant felon allegedly killed a man and injured numerous others Sunday, and authorities are blaming the criminal’s violent actions on California’s sanctuary state law for allowing the violence to occur.

Gustavo Garcia, 36, shot a farm worker in Tulare County in California Sunday before stealing $2,000 from an AA Gas and Grub mini mart in Exeter, The Washington Post reported Thursday. Garcia went on to shoot a woman in the parking lot of a Motel 6 in Tulare, spray bullets into a Shell gas station, shoot and kill a man at a second gas station in Visalia, and finally attack his ex-girlfriend’s house, the Post reported.

The farm worker and motel occupant are expected to survive, according to the Post.

Authorities described Garcia’s 24-hour violent rampage as a “reign of terror,” according to the Post.

Garcia stole a truck and drove at speeds exceeding 100 mph in an attempt to evade police following his shooting spree, according to Tulare County Sheriff Mike Boudreaux. Garcia collided with multiple vehicles before flying through the car’s windshield.

Four people were taken to the hospital with injuries, and one remains in critical condition, according to the Post.

Garcia was arrested on Dec. 13 for erratic behavior. He tested positive for drugs and spent 10 hours in custody before he was released.

“Maybe, just maybe, if we could have reached out to our law enforcement counterparts, these acts of violence could have been prevented,” Boudreaux said, according to the Post.

“That tool has been removed from our hands,” he added. “And because of that, our county was shot up by a violent criminal.”

Law enforcement may only act on detainer requests if ICE presents an arrest warrant signed by a federal judge. 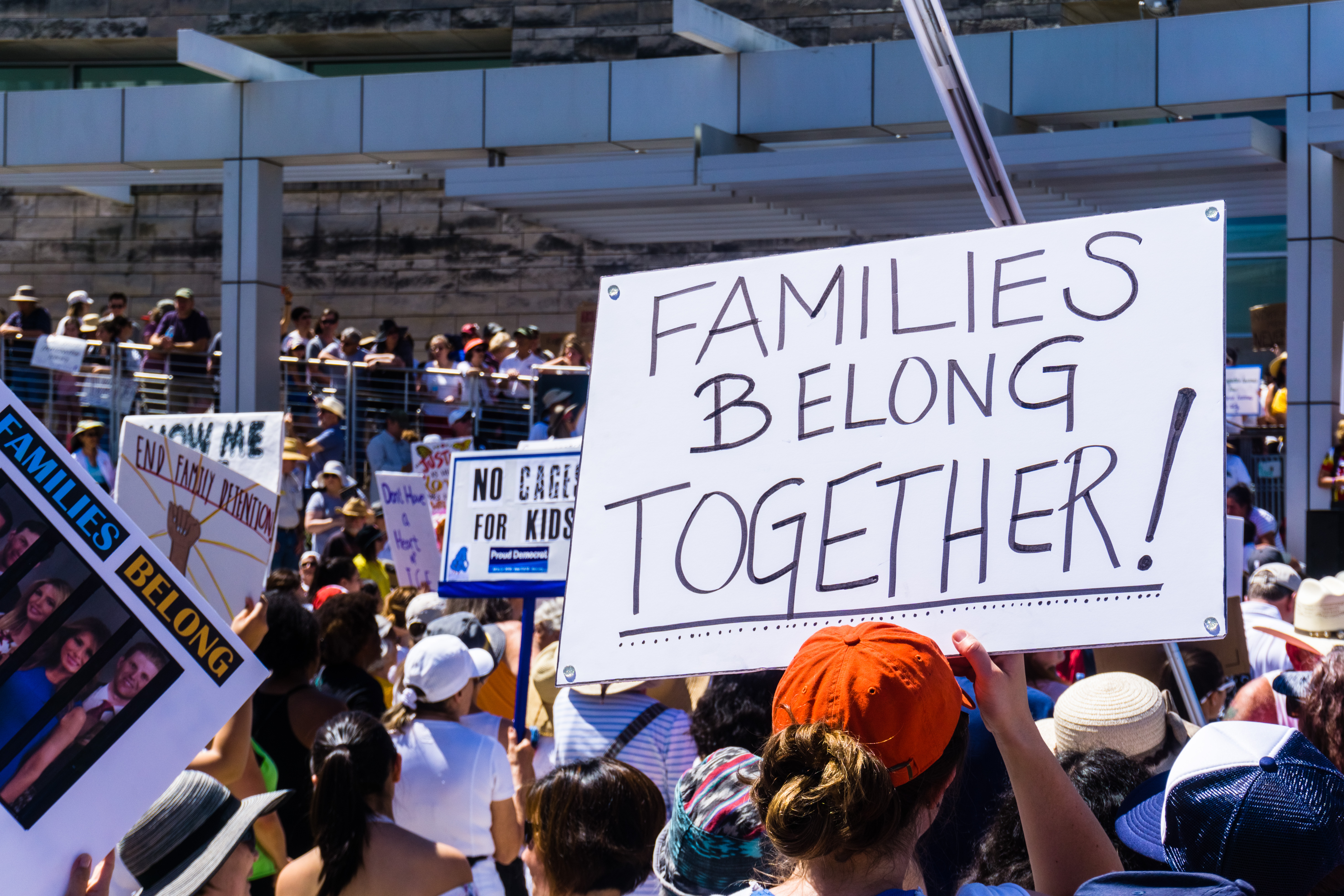 A “Families belong together” sign is raised on June 30, 2018 at a rally held in front of the City Hall in downtown San Jose, California, a sanctuary city in the south San Francisco bay area. Shutterstock/Sundry Photography

Garcia was deported in 2004 and again in 2014, ICE said in a Wednesday statement. Following his second entry into the U.S., Garcia spent 27 months in prison for illegal reentry.

He had also previously been convicted of armed robbery, according to authorities, the Post reported.

Garcia’s violent spree is “an unfortunate and extremely tragic example of how public safety is impacted with laws or policies limiting local law enforcement agencies ability to cooperate with ICE,” ICE officials said a statement, according to the Post.

Authorities are investigating a second homicide that Garcia may be responsible for.