WASHINGTON — D.C. Metro Transit Police arrested a 31-year-old man on charges of indecently exposing himself to children on a Metro train this week.

Police said that shortly before 5 p.m. on Tuesday, William Dienno boarded a Red Line train between Woodley Park and Gallery Place stations and approached two 12-year-old children, a girl and a boy, and asked them each if he could have sex with them. According to the report, after the man exited the train at Gallery Place, he exposed himself to them through the train windows.

After the juveniles provided Metro Transit PD with a description of the suspect, officers obtained images from Metro’s digital surveillance system and apprehended him at Union Station. The footage also confirmed that the suspect evaded paying the fare multiple times throughout the day of the incident, an act that the D.C. City Council recently voted to decriminalize. (RELATED: Washington DC Decriminalizes Stealing — In The Form Of Fare Evasion) 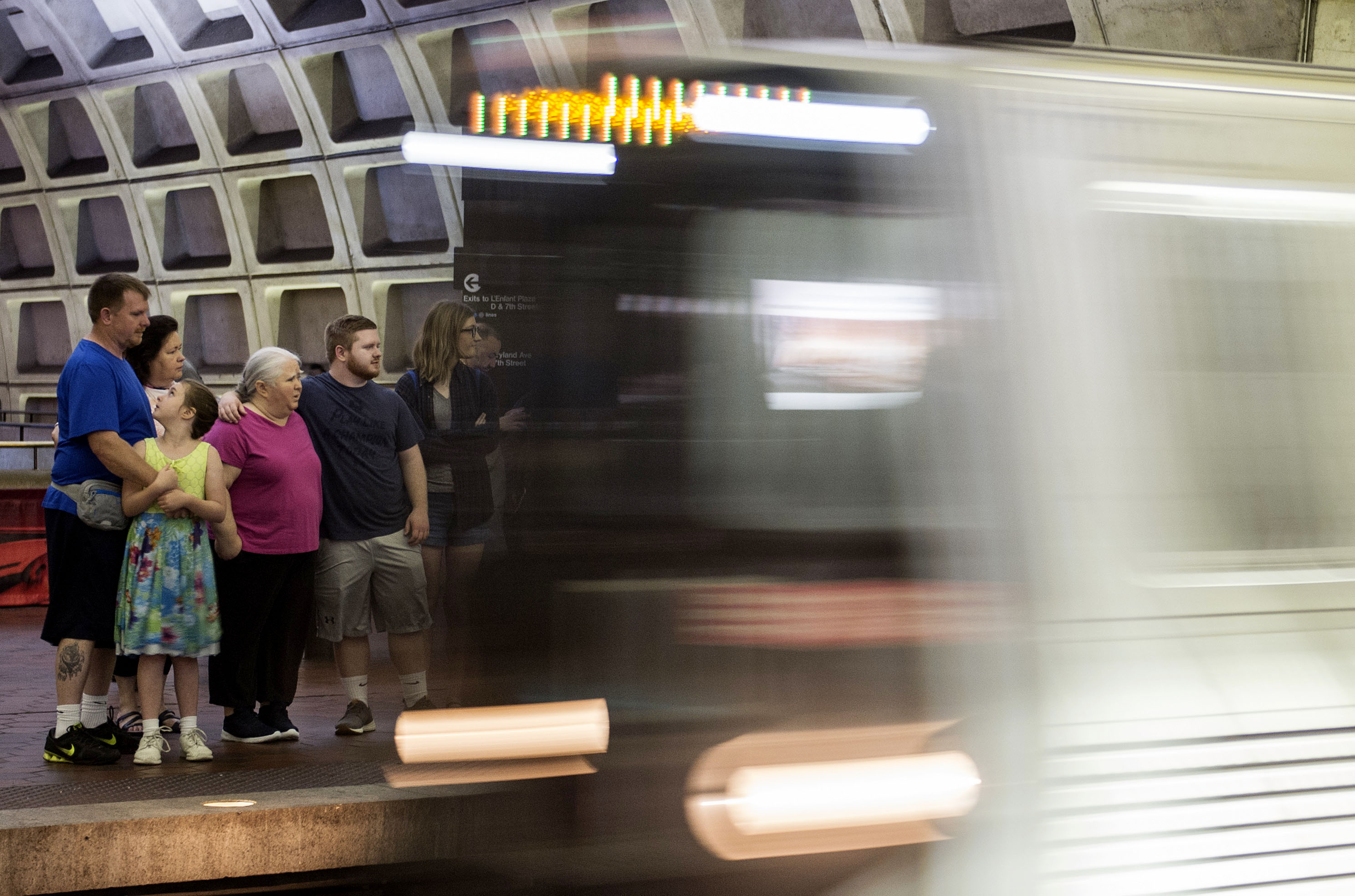 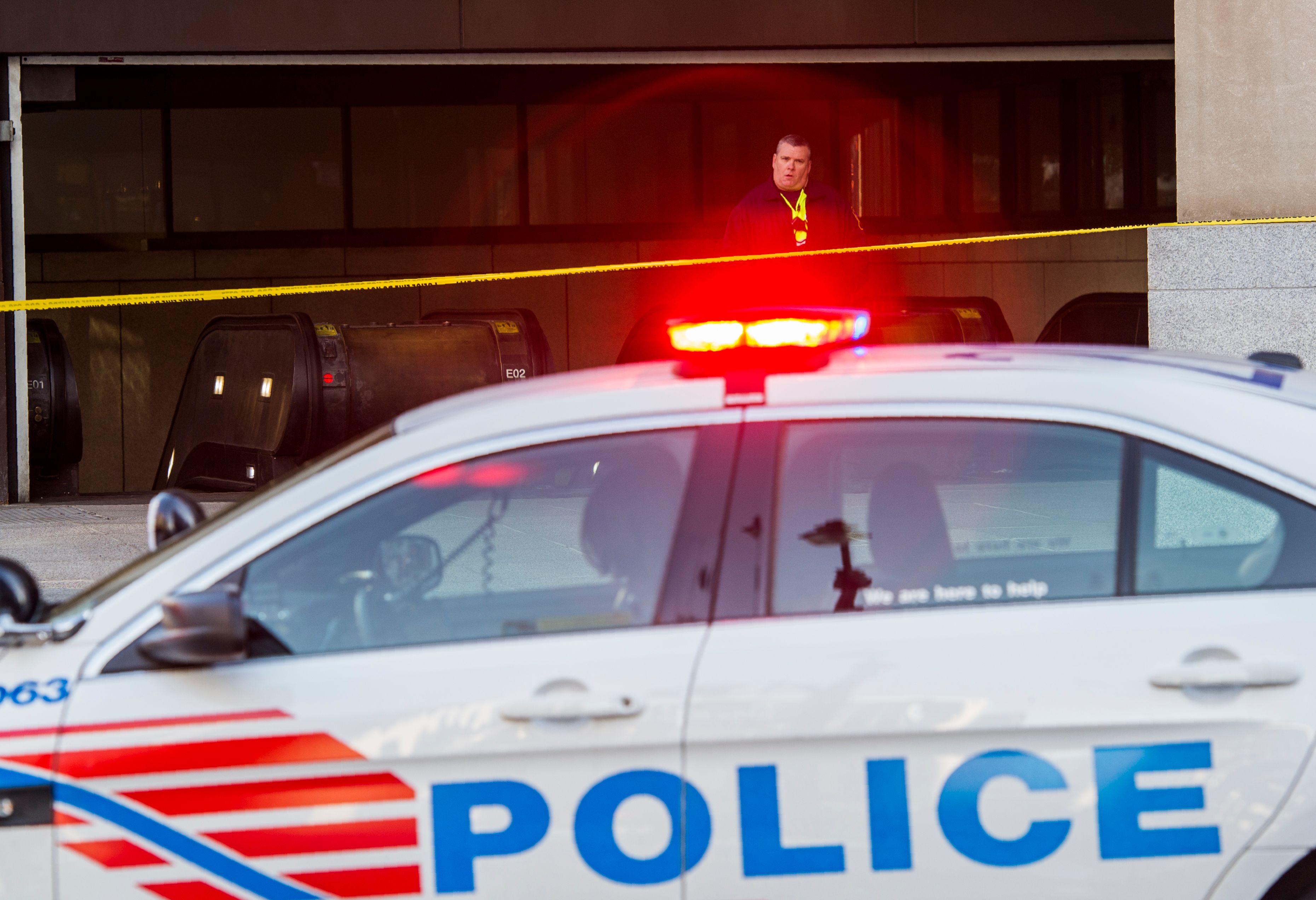 A police officer stands near the entrance of the Farragut North metro station on January 15, 2018. (Photo: ANDREW CABALLERO-REYNOLDS/AFP/Getty Images)

“It’s an incredibly disturbing incident,” said Dan Stessel, chief communications officer for the Washington Metropolitan Area Transit Authority (WMATA).  “The victims in this case, as young as they are, did absolutely the right thing in reporting it quickly. Thanks to that report and the information they were able to provide, plus good police work, we were able to apprehend and arrest the suspect.”

In a letter to PoPville, a blog covering D.C.’s neighborhoods, parents expressed dismay that a WMATA station manager reportedly laughed at the children when they reported the crime, and adults onboard the train did nothing to assist them when they were initially harassed. (RELATED: Metro station inspectors plagiarized reports while concrete was falling from the ceiling)

“[My son] said there were at least 20 other people in the car with them,” read the letter. “I can’t imagine not at least standing up and telling this guy to leave the kids alone. My son and his friends almost didn’t tell me because they were so upset and ashamed that this happened. One of his female friends was terrified that her dad would find out and she would “get in trouble.” That blew my mind. And it’s worth mentioning that the station manager at Union Station laughed at them when they got off the train and tried to report it to them. That probably added to their shame.”

The letter went on to praise the detective who handled the case.

“The detective we spoke to was really sweet to the kids and told them (and us parents) that they may feel a certain way about it today but things might be different tomorrow or in a few days because that’s how trauma works,” the letter said.

“Our detectives unfortunately deal with sexually related crimes more often than they have to. We have our share of indecent exposure,” said Stessel. “We want Metro to be a safe space for all of our riders, no matter who they are.”

The suspect first entered the metro system without paying at Tenleytown Station, where the emergency gate has not yet been secured with an alarm system as part of an ongoing process to crack down on fare evaders.

“The suspect simply slipped through the emergency gate,” Stessel said. 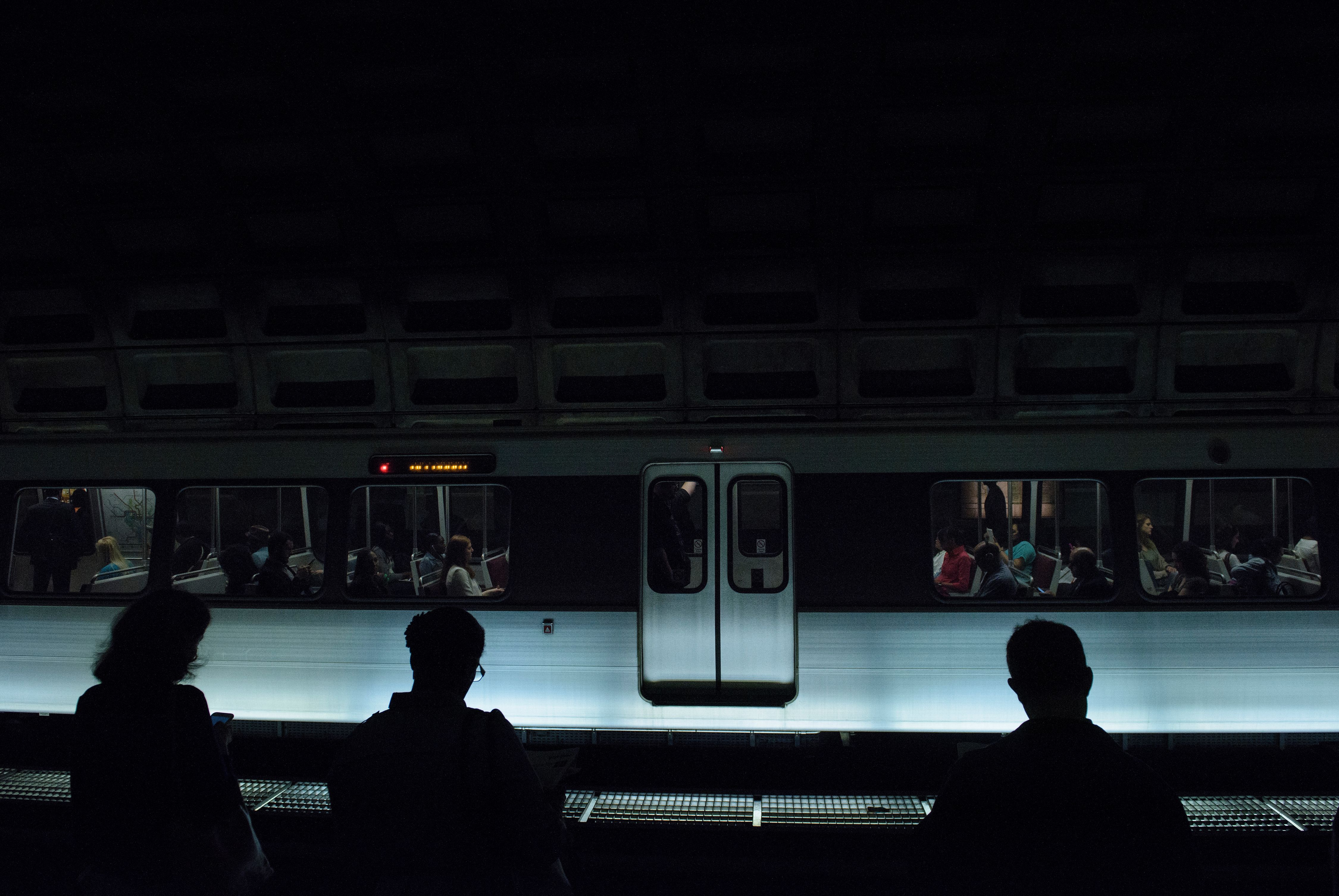 People are seen in the Chinatown Gallery Place in the Metro transit system May 25, 2016 in Washington, DC. (Photo: BRENDAN SMIALOWSKI/AFP/Getty Images)

Currently, officers are able to stop people for fare-jumping or using the emergency gate to get around the turnstiles without paying. But that could change with D.C.’s new legislation.

“When you stop someone for a criminal offense, they have to stop for you,” said Stessel. “You’re a sworn law enforcement officer and you’ve just witnessed a crime. But if it’s not a criminal stop anymore, it definitely makes things more complicated from a legal standpoint.”

Police were able to confirm the suspect’s fare evasion by checking both surveillance footage and his SmarTrip card, which tracks when and where it’s swiped at the turnstiles — or in this case, not swiped.

“Just about every crime on metro — purse snatching, assault, crimes of a sexual nature — has a fare evasion component,” Stessel said. “If you address fare evasion, you’re addressing other crime on Metro. Correlation doesn’t equal causation, but over the last three years in which we’ve increased stops for fare evasion, we’ve seen a decrease in crime. This year we’re tracking 14 percent lower on crime than last year. Now, what happens next year is a great concern to us.”