The family of Otto Warmbier wants $1 billion in damages from North Korea over their son’s death, according to a testimony Wednesday.

Warmbier was a University of Virginia student who allegedly stole a propaganda poster while touring the country in January 2016. The student was convicted and sentenced to 15 years of hard labor by the state for the alleged crime in March 2016. He was released with the help of U.S. President Donald Trump in June 2017, but Warmbier, 22, died a week after his return at the University of Cincinnati Medical Center in Ohio.

Those seeking repayment for the damages from the Democratic People’s Republic of Korea include parents Fred and Cindy Warmbier along with Otto Warmbier’s estate, The Washington Post reported Wednesday.

The testimony took place in front of Chief Judge Beryl A. Howell of the U.S. District Court for the District of Columbia, WaPo reported. The Warmbiers said they wanted the judge to hold North Korea accountable for holding hostage, torturing and killing Otto Warmbier.

“We are not going to be the victims,” Cindy Warmbier said, according to The Hill. “I want them [North Korea] to feel victimized.”

The Warmbiers are also asking for $46 million to make up for the family’s suffering, The Hill reported. (RELATED: Here Are The 17 Prisoners Trump Has Freed Since He Took Office) 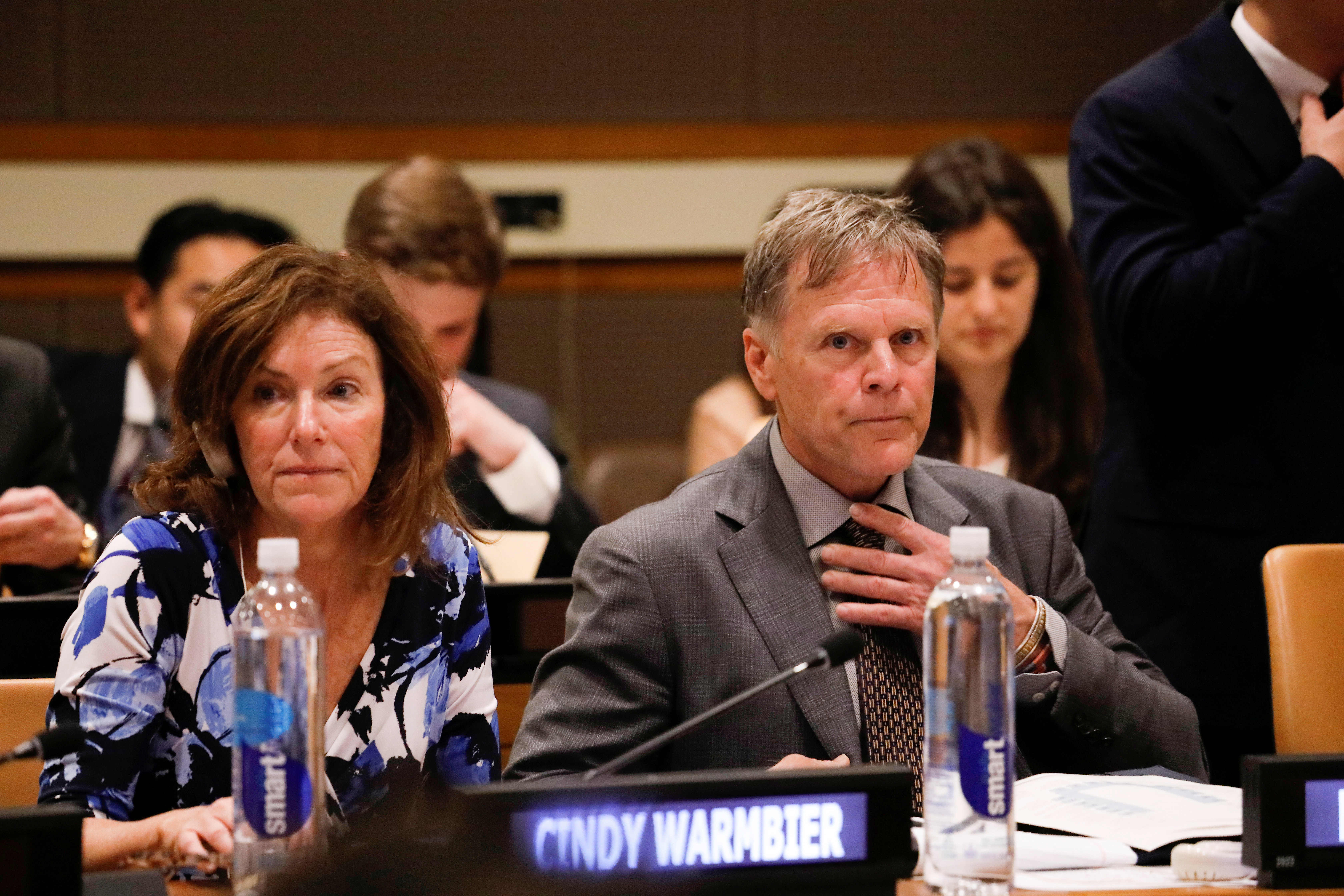 Fred Warmbier and his wife Cindy, parents of Otto Warmbier, attend a symposium on possible ways of international cooperation to urge the Democratic Republic of Korea (DPKR) to take concrete actions to improve the human rights situation in the DPRK at the United Nations headquarters in Manhattan, New York, U.S., May 3, 2018. REUTERS/Shannon Stapleton

North Korea has repeatedly denied torturing Otto Warmbier, claiming the student developed a rare form of food poisoning called botulism and went into a coma after ingesting a sleeping pill. Medical officials, however, did not find any proof to support the country’s claim. Medical personnel also did not find signs of physical abuse like abnormal scars or bone fractures.

Experts who testified Wednesday said many methods of torture in North Korea do not leave a trace, WaPo reported. They added that Otto Warmbier could have been abused for political purposes.

Otto Warmbier’s parents claimed their son returned to the U.S. blind and deaf. Fred Warmbier added that his son’s teeth looked like they were rearranged with pliers.

Fred and Cindy Warmbier first filed the lawsuit against North Korea on April 26.