His statement left several important facts about the so-called experiment unaddressed, including a detailed accounting of everyone involved in the caper, as well who crafted and executed the campaign. The effort was the subject of a closed-door presentation in Washington, D.C., to a group of liberal technology experts, The Washington Post reported, citing anonymous sources.

“I find the tactics that have been recently reported highly disturbing,” Hoffman said in his statement. “For that reason, I am embarrassed by my failure to track AET — the organization I did support — more diligently as it made its own decisions to perhaps fund projects that I would reject.”

The Hoffman-financed group allegedly used Facebook and Twitter to undermine support for Moore and boost Democrat Doug Jones, who narrowly won the race. Hoffman referred to a group he funded, American Engagement Technologies (AET), as being involved in the effort.

He poured $750,000 into the organization, much of it going to the project, the report notes. Democratic operatives associated with the plan explained in an internal report leaked to The New York Times how the project sought to implant ideas into people’s heads.

“We orchestrated an elaborate ‘false flag’ operation that planted the idea that the Moore campaign was amplified on social media by a Russian botnet,” the operatives recounted in the internal report, which was published on Dec. 19. 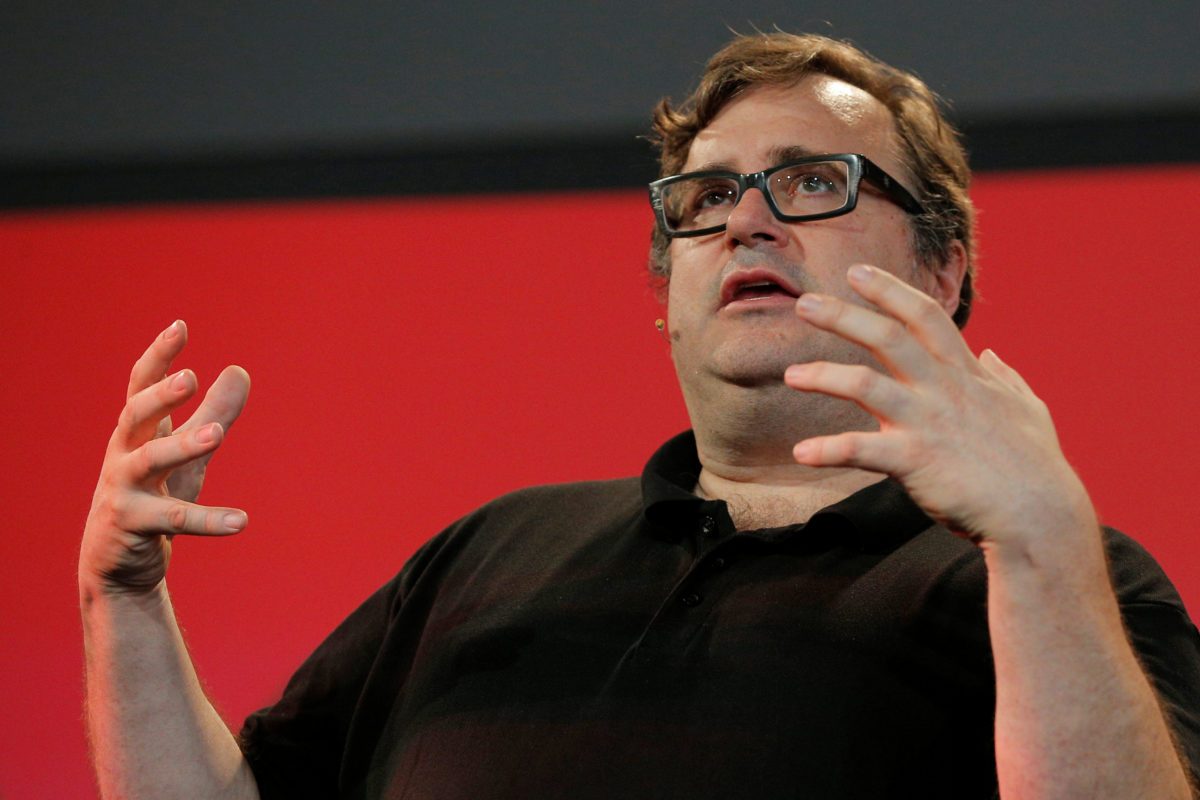 Reid Hoffman, co-founder of LinkedIn, speaks before presenting the inaugural Disobedience Award, which he funded, during “Defiance!” at Massachusetts Institute of Technology (MIT) in Cambridge, Massachusetts, U.S., July 21, 2017. REUTERS/Brian Snyder

“Roy Moore flooded with fake Russian Twitter followers,” read the headline on a 2017 New York Post story, which cited the Advertiser. WaPo, for its part, focused on the fact that Moore blamed Democrats for the fake accounts.

One writer at ThinkProgress, Zack Ford, who covers LGBTQ issues, told his Twitter followers in October 2017: “Roy Moore doesn’t know much about journalist, does he” Ford linked to a WaPo tweet noting Moore’s allegations that Democratic operators were behind the ruse.

Hoffman, reeling after former Secretary of State Hillary Clinton’s loss in 2016, became one of biggest funders of efforts to elect Democrats. The LinkedIn founder spent millions of dollars on “dozens of organizations,” according to his statement Wednesday.

Hoffman, like Jones, who barely beat Moore, supports any investigations into the matter. “I proudly support aggressive campaigning – both on the ground and digitally – and that is why we’ve funded organizations that help expand civic engagement,” the Silicon Valley billionaire said, adding that the funding was made on the promise that the organization would use the money to combat “fake news and bot armies.”

It is not yet known who executed the project and how many people were involved in the effort, but Hoffman’s recent investments in politicking have him tied to several former officials in the Obama administration.

He dumped $35 million on a campaign to create a database that would store all of the progressive community’s voter data, Politico reported on Dec. 10. Todd Park, the former U.S. chief technology officer to former President Barack Obama, is leading the campaign, and Mickey Dickerson will operate as the CTO. Dickerson is the founder of AET and was an Obama organizer in 2012.

Dickerson has not yet responded to The Daily Caller News Foundation’s request for comment.