An Affordable Care Act program that penalized hospitals for readmitting Medicare patients within a month of being discharged may have led to increased mortality rates among adults who experienced pneumonia and heart failure, according to a study published Tuesday.

The program was changed in September so that hospitals serving lower-income, older adults were not hit as hard by the penalties, but the study in the Journal of the American Medical Association shows that damage may have already been done, and not just to hospitals’ bottom lines.

The Affordable Care Act of 2010, also known as Obamacare, included a program that imposed financial penalties on hospitals with too-high readmission rates for patients with heart failure, heart attacks or pneumonia starting in 2012. It was supposed to encourage better care. But the program was not popular, wrote Reason managing editor Peter Suderman:

Hospital groups have argued that these payments are punitive and unfair, particularly to so-called safety net hospitals that serve the poorest, sickest patients. These patients tend to have higher readmissions rates, and the hospitals that treat them were more likely to be hit with payment reductions.

But those decreases may have come at the cost of patients’ lives, according to the study. The HRRP’s implementation was associated with a “significant increase” in post-discharge mortality trends among Medicare beneficiaries hospitalized for heart failure and pneumonia, the study’s authors wrote. 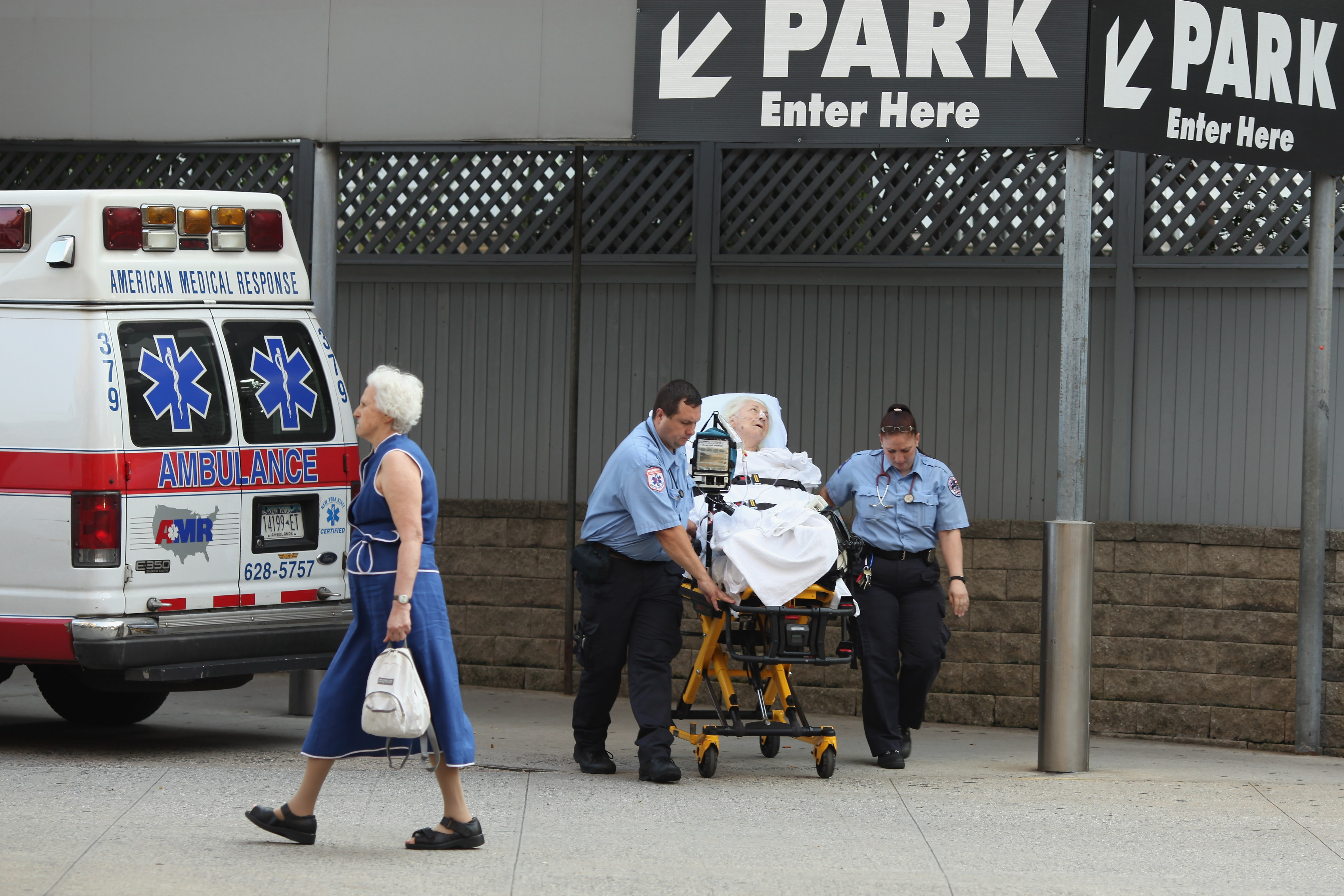 Paramedics and EMTs evacuate patients from NYU Langone Medical Center after the hosptial was ordered to to discharge or move about 400 patients to other hospitals Aug., 2011 in New York City. (Photo by Chip Somodevilla/Getty Images)

The study looked at roughly 8 million Medicare beneficiary fee-for-service hospitalizations from 2005 to 2015. The study authors were not able to definitively link the program to increased post-discharge mortality and said the correlation “requires further research.”

The Centers for Medicare & Medicaid Services is still fining hospitals for readmitting patients at too high a rate, but the penalties will be spread more evenly among safety-net hospitals that serve low-income patients and more affluent institutions, according to NPR.

Medicare had levied approximately $2 billion in penalties on hospitals because of HRRP since 2012, according to Reason.

HRRP-related factors that could have contributed to increased post-discharge mortality include hospital tactics “like increasing observation stays, delaying admissions or shifting care to emergency departments,” according to Health Care Dive.

Meanwhile, several seemingly ineffective treatments have drained hundreds of millions of dollars from Medicare between 2011 and 2016, according to a June report from the Medicare Payment Advisory Commission.

And although a bill to give physicians tax credits for pro bono work has not been passed by the 115th Congress, a senior group is touting the Good Samaritan Charitable Physicians’ Services Act as a way to provide health care to Medicaid-eligible individuals and save the federal government billions.