Two U.S. airmen who were diagnosed with HIV years after joining the Air Force filed suit against Defense Secretary James Mattis Wednesday, claiming the decision to discharge them because of their diagnoses violates the equal protection clause of the Constitution.

Airmen who have chronic or progressive illnesses are evaluated on a case-by-case basis, a U.S. Air Force spokeswoman told The Daily Caller News Foundation in an email Thursday. She wrote:

“The Air Force does not find all Airmen with asymptomatic HIV unfit, and has returned more than 150 such Airmen to duty,” the spokeswoman told TheDCNF. (RELATED: Here’s Where Six Potential 2020 Democratic Contenders Stand On Health Care)

Voe and Roe work in logistics and maintenance, according to an exclusive story by The Washington Post.

The airmen allege in the suit that they were found physically fit to deploy by their doctors but will be separated in 2019. Formal Physical Evaluation Boards (FPEBs) recommended 10 percent Veterans Affairs disability ratings for both Roe and Voe. VA disability ratings go up to 100 percent and are usually awarded for service-connected disabilities. 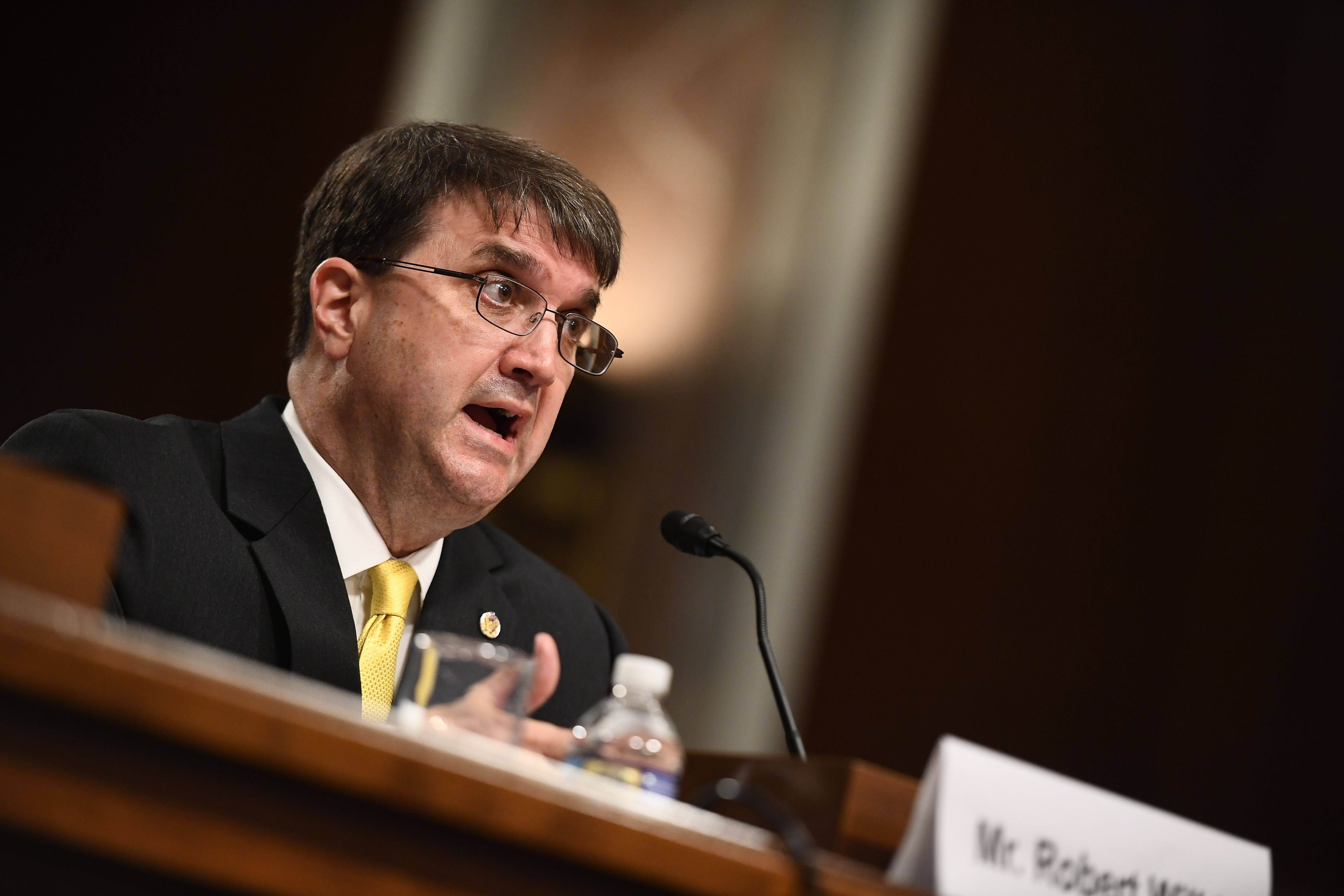 Robert Wilkie, nominee to lead the Department of Veterans Affairs, testifies on June 27, 2018, before the US Senate Veterans Affairs Committee in Washington, DC. (MANDEL NGAN/AFP/Getty Images)

“The 10 percent disability rating would result in a modest severance payment, but not any ongoing benefits,” Scott Schoettes, Lambda Legal HIV Project Director, told TheDCNF in an email Thursday.

Lambda Legal blames the airmen’s situation on “‘the ‘Deploy or Get Out’ policy, unveiled by the Trump administration in February 2018,” according to a Wednesday blog post.

Veterans Affairs Secretary Robert Wilkie testified about the policy in front of a Senate panel while he was under secretary of Defense for Personnel and Readiness in February.

“This new policy is a 12-month deploy or be removed policy,” Wilkie said, according to Military Times. “However, there are exceptions. … On any given day, about 13 to 14 percent of the force is medically unable to deploy. That comes out to be about 286,000 [service members].”

Mattis, a former Marine Corps general, addressed the policy himself as well.

“You’re either deployable, or you need to find something else to do. I’m not going to have some people deploying constantly and then other people, who seem to not pay that price, in the U.S. military,” he said in February, according to WaPo. “If you can’t go overseas [and] carry a combat load, then obviously someone else has got to go. I want this spread fairly and expertly across the force.” 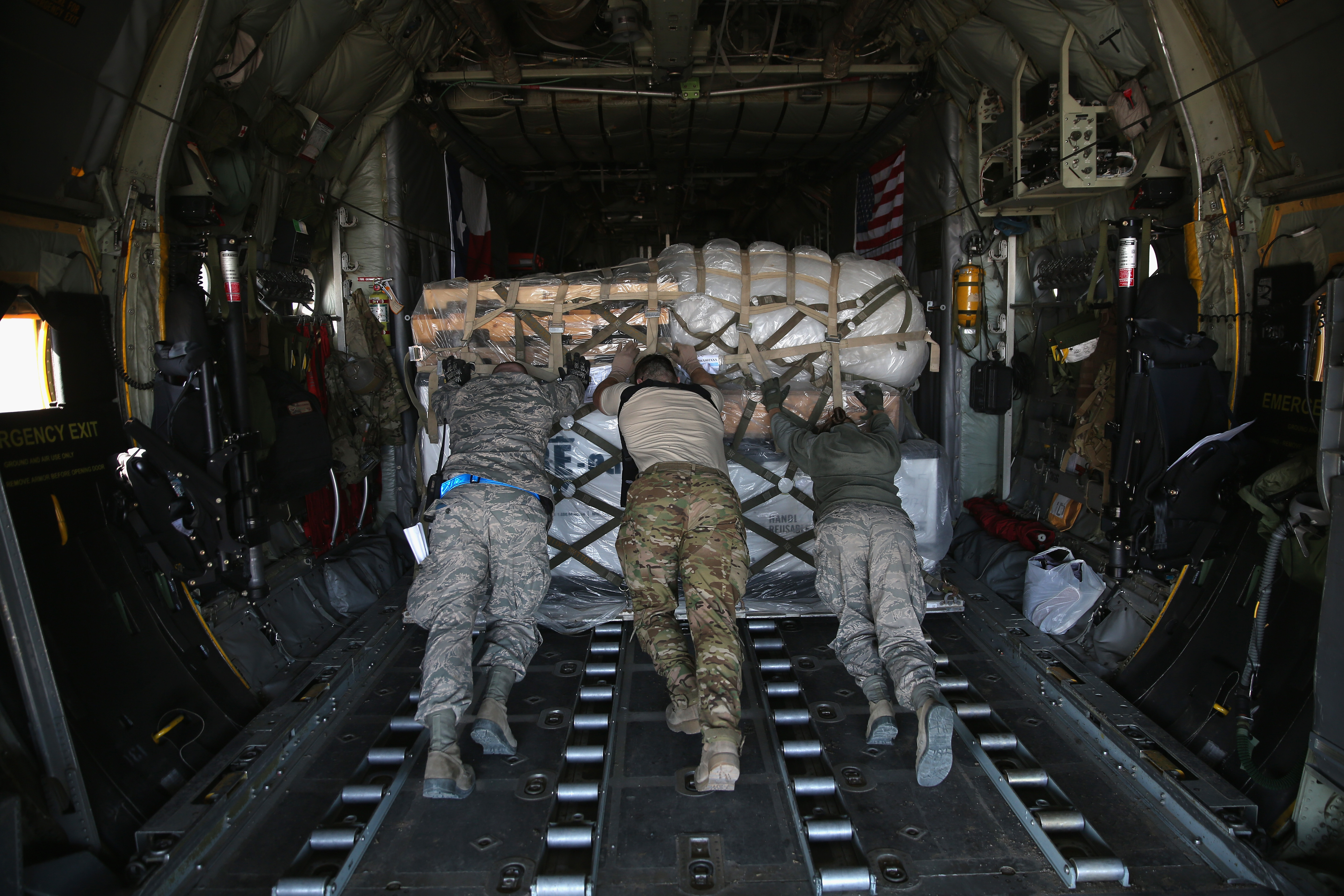 U.S. Air Force service members push cargo onto a Texas Air National Guard C-130 cargo plane bound for Iraq on January 10, 2016 from a base in an undisclosed location in the Persian Gulf Region. (Photo by John Moore/Getty Images) 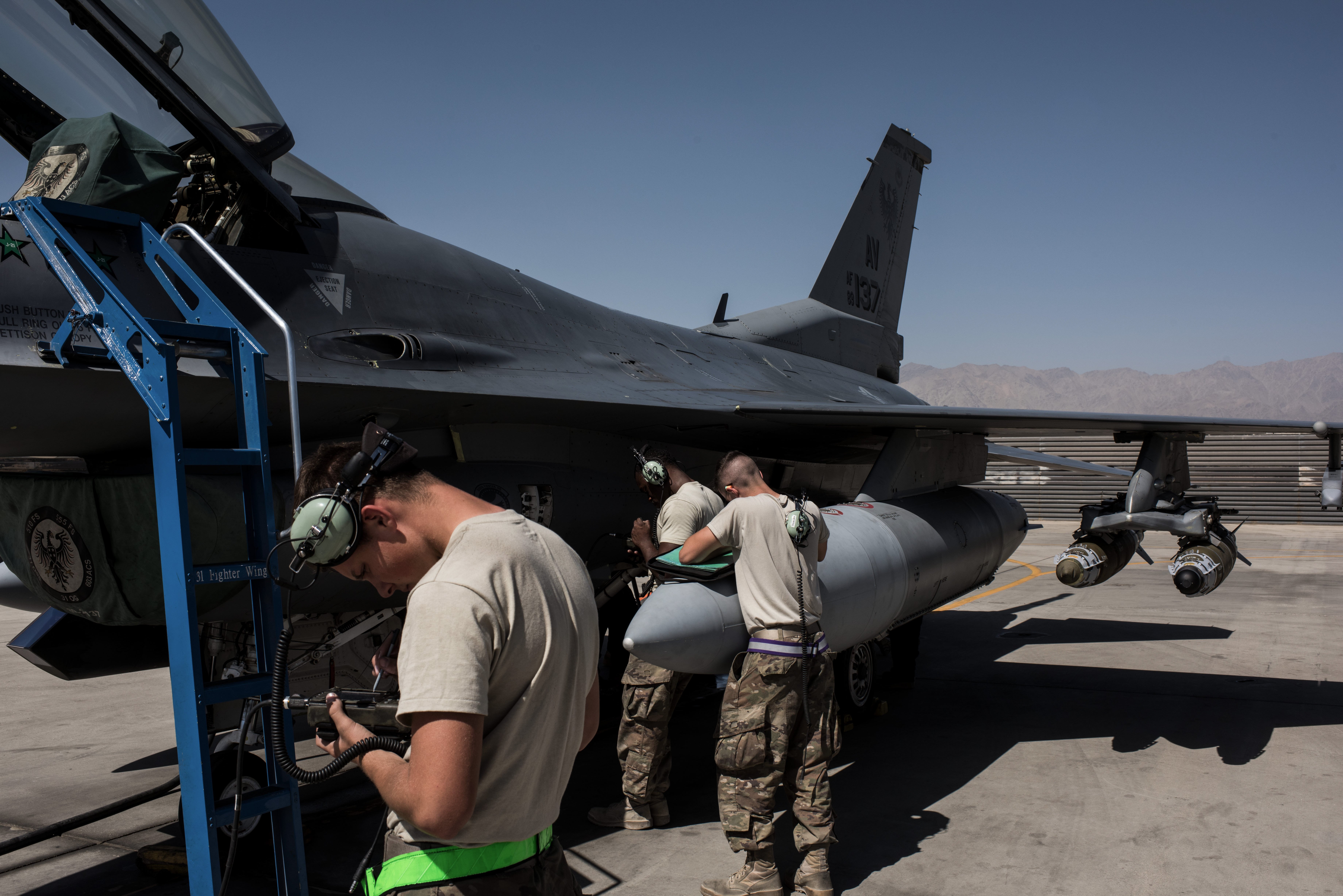 Members of the United States Air Force deployed for Mission Resolute Support prepare an F-16 Jet for a flight at Bagram Air Field on September 5, 2017 in Bagram, Afghanistan. (Photo by Andrew Renneisen/Getty Images)

The decision to discharge the airmen may have hinged on the U.S. military’s ban on deploying HIV-positive personnel to the Middle East “where the majority of Air Force members are expected to go,” reported WaPo. Both plaintiffs are on antiretroviral treatments to combat HIV, or human immunodeficiency virus.

“Lambda’s intention is to change the policy regarding the deployment of people living with HIV,” Schoettes told TheDCNF. “Given the current state of HIV medicine, there is simply no reason to prevent them from deploying worldwide.”

Voe and Roe say it would be simple for them and other HIV-positive service members to bring the medication on a deployment, Schoettes told WaPo.

“Policies singling out service members living with HIV for starkly different treatment are an unfortunate vestige of a time when HIV was untreatable and invariably fatal,” the suit alleges. “These anachronistic policies are no longer justified in light of modern medical science.”

Mattis told reporters on Oct. 15 about how his years in the U.S. Marine Corps shaped his political philosophy.

“When I was 18, I joined the Marine Corps, and in the U.S. military we are proudly apolitical,” he said according to CNN journalist Jake Tapper. “By that, I mean that in our duties, we were brought up to obey the elected commander in chief, whoever that is. … Since I was in the military longer than some of you have been alive, I have seen Republicans and Democrats come and go.”