The effort to rename a Senate office building after the late Republican Sen. John McCain has seemingly gone to the wayside as months pass without any further action.

Following McCain’s death in August, Senate Minority Leader Chuck Schumer pledged to introduce a resolution that would change the name of the Russell Senate Office Building as a tribute to the Arizona senator.

“As you go through life, you meet few truly great people. John McCain was one of them,” Schumer tweeted the day of McCain’s passing. “His dedication to his country and the military were unsurpassed, and maybe most of all, he was a truth teller — never afraid to speak truth to power in an era where that has become all too rare.” (RELATED: Who Was Richard Russell And Why Does Chuck Schumer Want A Fellow Democrat’s Name Removed From A Building?)

“The Senate, the United States, and the world are lesser places without John McCain,” he continued. “Nothing will overcome the loss of Senator McCain, but so that generations remember him I will be introducing a resolution to rename the Russell building after him.”

Schumer, however, never introduced the aforementioned resolution, but according to his office it is still pending.

“Given that Senator McConnell indicated he would not bring up this resolution for a vote in 2018, we intend to continue trying to get Republican co-sponsors and introduce the resolution in the New Year,” Justin Goodman, Schumer’s press secretary, told The Daily Caller News Foundation. 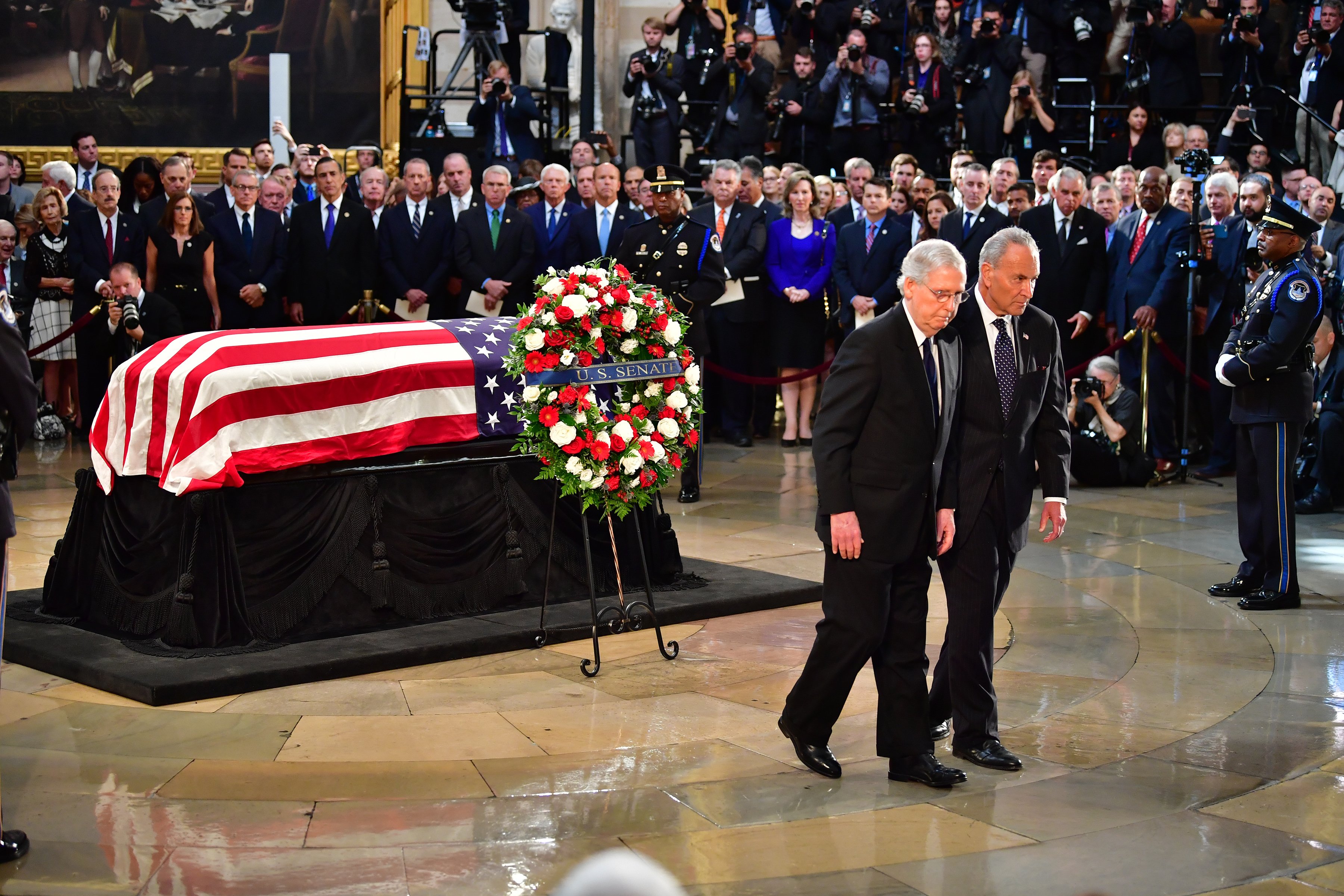 The Senate can officially rename the building without the input of the House of Representatives or White House, however, they do need to vote on a resolution once it is introduced. (RELATED: The Media Is Lavishing Praise On McCain After His Passing, But Look At What It Had To Say When He Ran Against Obama)

Senate Majority Leader Mitch McConnell put forth an alternative to a resolution, proposing at the time to assemble a bipartisan “official group” that would “bring together ideas from current members, former colleagues, and friends” to determine how to honor McCain.

McConnell’s office is reportedly still corresponding with the McCain family concerning possible tributes, according to The Washington Times. As of December, it is still “not ready to announce anything” regarding future plans.