“Attempting to make a 6-hour Bolognese I’ve made like eleven times before and it’s not coming together and I feel like an utterly worthless human.” — Helen Rosner, The New Yorker, food writer.

“Dear Libs, Presidential trips to conflict zones are NOT scheduled days in advance. They’re scheduled weeks in advance w/advance teams on the ground up to 1-2 weeks prior. Your dopey suggestion that Trump took this Iraq trip in response to your criticisms this week is just dumb.” — Dan Bongino, conservative podcaster, former Secret Service agent.

Acosta responded to himself, saying, “WH made the announcement minutes after some news outlets had begun reporting the trip and hours of rampant speculation on social media.”

OOPS! (Trump and Melania were in Iraq visiting the troops)

But neither Montel Williams nor Alyssa Milano knew that…

“Instead of visiting the troops, @realDonaldTrump has: Crashed the stock market, gone to war with Jim Mattis, delivered a nice Christmas gift to Vlad (Syria) and presided over an ‘immigration policy’ that has killed two kids in a week.” — Montel Williams, washed up talk show host and Twactivist.

Montel Williams: “You should probably speak to a therapist, Carlos. @brithume can pay for it!”

A note to people who celebrate Christmas…

“Alright, goyim. Your holiday is almost over. We’re all about to get back on a level playing field.” — Andy Lassner, executive producer, The Ellen Show.

But there seems to be a happy ending.

“Disappointed by @SunriaseSrLiivng. Not good service or attention to detail. Ruining my grandfather’s Christmas,” wrote Tom Rogan, a commentary writer for The Washington Examiner. “Then he showed a picture of a dirty napkin and wrote, “Nice @SunriseSrLiving cleaning of napkins.” And finally, “Ashley, a manager of @SunriseSrLiving has restored my respect. You should promote her.”

“I found out that due to a clerical error my three year-old accidentally became uninsured on November 1. Thanks to a good HR team the problem is getting fixed but this is not a great system even for people whose jobs offer good insurance.” — Matthew Yglesias, Managing Editor, Vox.

TV punditry at a glance

Michael Crick, C4 News: “Everyone, politicians, media, people on social media, should be more willing to admit mistakes, to say sorry, to be more courteous. I’m waiting for day somebody in a broadcast admits their opponent In studio has made points they hadn’t thought of, & made them change their mind.”

Maria Le Conte, freelancer: “Counterpoint to this: I’ve done a whole bunch of TV/radio stuff where a producer came up to me afterwards and politely asked me to disagree more on air next time.”

Gross but creative: A man eats a different hamburger every day for a year. Here. (P.S. He gained 25 pounds.) 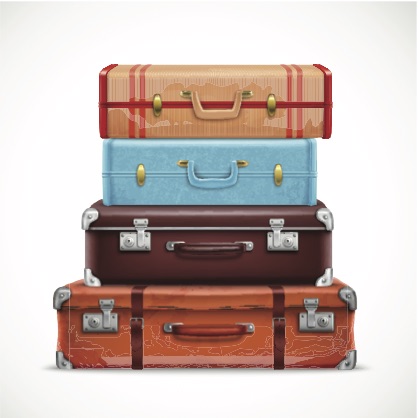 “My @AmericanAir ⁦‪flight was supposed to depart at 1:20. It was delayed to 1:40. I’ve now been on the plane for nearly an hour & we just pulled back to the gate so people can deplane to use the restroom. No explanation, just ‘apologies for the inconvenience!!’  Y’all are trash. The best part @AmericanAir, we had to be bused to the plane so now all the people leaving to use the restroom are being bused back to the terminal. What a waste of a day.” — Natalie Johnson, defense and national security reporter, Washington Free Beacon.

“I knew I had to get to the bottom of the burp-and-blow phenomenon, especially when my friend Jordyn told me that she too had noticed it. ‘It’s fucking disgusting, because they think they can conceal it in a suave way,’ she told me. ‘It’s almost the act of thinking they can smoothly disguise it that is so disturbing.'” — New York Mag. Here.