Blue-dog Democratic lawmakers are wincing as the leaders of their party continue adopting measures that some believe could be perceived as anti-business in states dominated by Republicans.

Democrats are haggling over how far to push climate change policies at a time when President Donald Trump is dominating American politics. Liberals are wanting to push the envelope, but moderate Democrats are blanching.

Democratic Rep. Henry Cuellar of Texas, who co-chairs the centrist Blue Dog Coalition, told reporters that he will talk with Energy and Commerce Chairman Frank Pallone, a New Jersey Democrat, about the direction and scale of climate legislation.

“We must … face the existential threat of our time: the climate crisis,” Pelosi, a California Democrat, said in her opening address to Congress. “The entire Congress must work to put an end to the inaction and denial of science that threaten the planet and the future.”

The new panel is called the “Select Committee on the Climate Crisis” and focuses on ending fossil fuels. Cuellar is objecting. “We’ve got to find a way that we can accommodate our goals and not be seen as anti-business,” he said. “A lot of the oil-and-gas state folks feel the same way.”

Meanwhile, many of the progressives leading the charge were dismayed that the panel’s final structure did not require Democratic members to swear off campaign contributions from fossil fuel companies. They are also upset that the committee is in a purely advisory role. 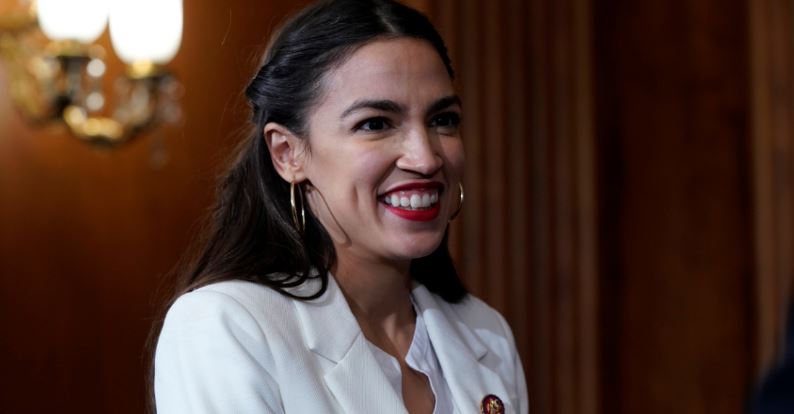 “This committee is toothless and weaker than the first Climate Select Committee from a decade ago, and it does not get us meaningfully closer to solving the climate crisis or fixing our broken economy,” Varshini Prakash, a spokeswoman for the Sunrise Movement, said in a statement.

Newly elected Democratic Rep. Alexandria Ocasio-Cortez of New York is one of the biggest proponents of the mission to force Democrats toward a more anti-fossil fuel message. Her strident objection to energy production does not appear to be winning her many converts among the middle-class union workers.

“To me the Green New Deal is just a regurgitation of the keep it in the ground movement,” he said, referring to the so-called Green New Deal, an environmental push by Ocasio-Cortez. “What I’ve seen so far I’m not that impressed with. It scares the heck out of me.”