President Donald Trump is considering declaring a national emergency at the southern border in order to use his powers as commander-in-chief to begin construction of his proposed wall, he told reporters Sunday. 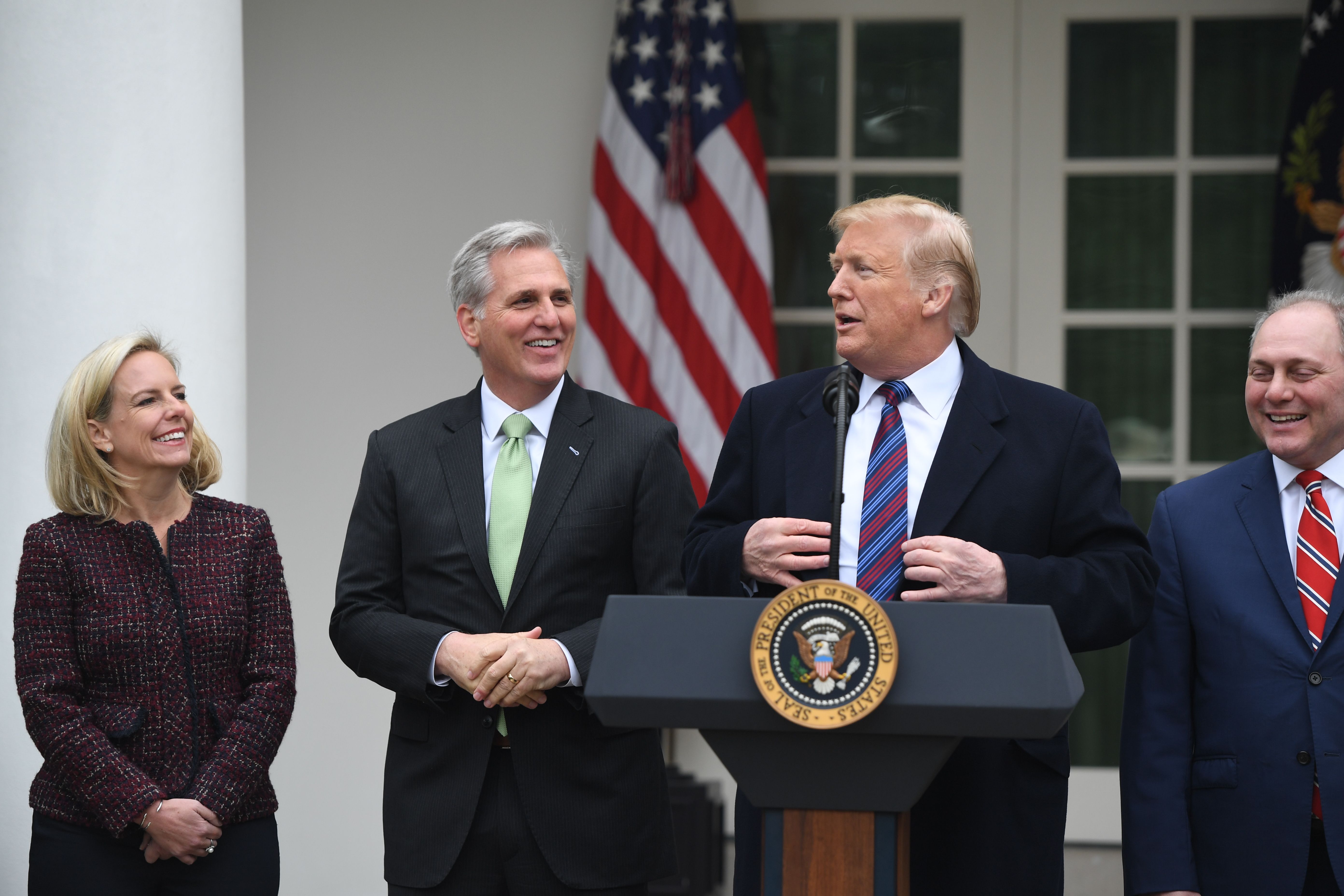 US President Donald Trump, with (L-R) Secretary of Homeland Security Kirstjen Nielsen, US Representative Kevin McCarthy and Representative Steve Scalise, speaks at a press conference in the Rose Garden of the White House in Washington, DC, on January 4, 2019. – Trump said Friday he was prepared to keep the US government closed for a year or more, as he stood firm on his contentious demand for billions of dollars to fund a border wall with Mexico. (Photo by SAUL LOEB / AFP)

“I may decide a national emergency depending on what happens over the next few days,” Trump said Sunday, continuing to float an option as his administration negotiates with Democratic leaders over how to end a partial government shutdown. The partial government shutdown is stretching into its third week and centers on a high-stakes fight over funding for a wall along the southern border.

Trump is demanding $5.6 billion in funding for a barrier while Democratic lawmakers are offering up $1.3 billion. Neither side has budged despite extensive negotiations with Trump heading to Camp David Sunday to receive briefings on the status of talks that occurred Saturday. Trump has agreed to reconvene with congressional leadership next week in order to continue progress. (RELATED: Trump Refuses To Budge in Shutdown Demand: ‘As Long As It Takes’)

US President Donald Trump chairs a Cabinet meeting at the White House in Washington, DC, on January 2, 2019. (Photo by NICHOLAS KAMM / AFP)

Trump first told reporters Friday he is able to declare a national emergency using his authority as commander-in-chief, but that he was not going to do it at this time.

“We can call a national emergency and build it very quickly. It’s another way of doing it. We can do it through a negotiated process, we’re giving that a shot,” he said.

Trump said the suggestion was not a threat to Democratic lawmakers but merely noted that it was an option available to him. Trump held his press conference with reporters in the Rose Garden after emerging from a nearly two-hour long meeting at the White House with congressional leaders of both parties.