A new regulation aimed at ending the practice of secret divorces in Saudi Arabia requires that women be notified by text message when their husbands divorce them, a move some are calling “a step in the right direction” as Saudi men previously did not have to inform their wives of such a decision.

“Saudi courts have started to send such [marital status] notifications starting on January 6, 2018 … a step aimed at protecting the rights of female clients, and enhancing digital transformation with more services,” the Saudi Ministry of Justice said in a statement on its website.

The statement added that women in Saudi Arabia could also check their marital status on the ministry’s website or visit a court to obtain the divorce papers, if any exist. (RELATED: Five Israeli Minors Arrested In Fatal Stoning Of Palestinian Mother Of Nine)

“In most Arab countries, men can just divorce their wives,” Suad Abu-Dayyeh of global rights group Equality Now told Reuters. “At least women will know whether they are divorced or not. It is a tiny step, but it is a step in the right direction.”

Abu-Dayyeh cautioned that this new measure does not guarantee divorced women in Saudi Arabia will receive alimony or custody of their children. 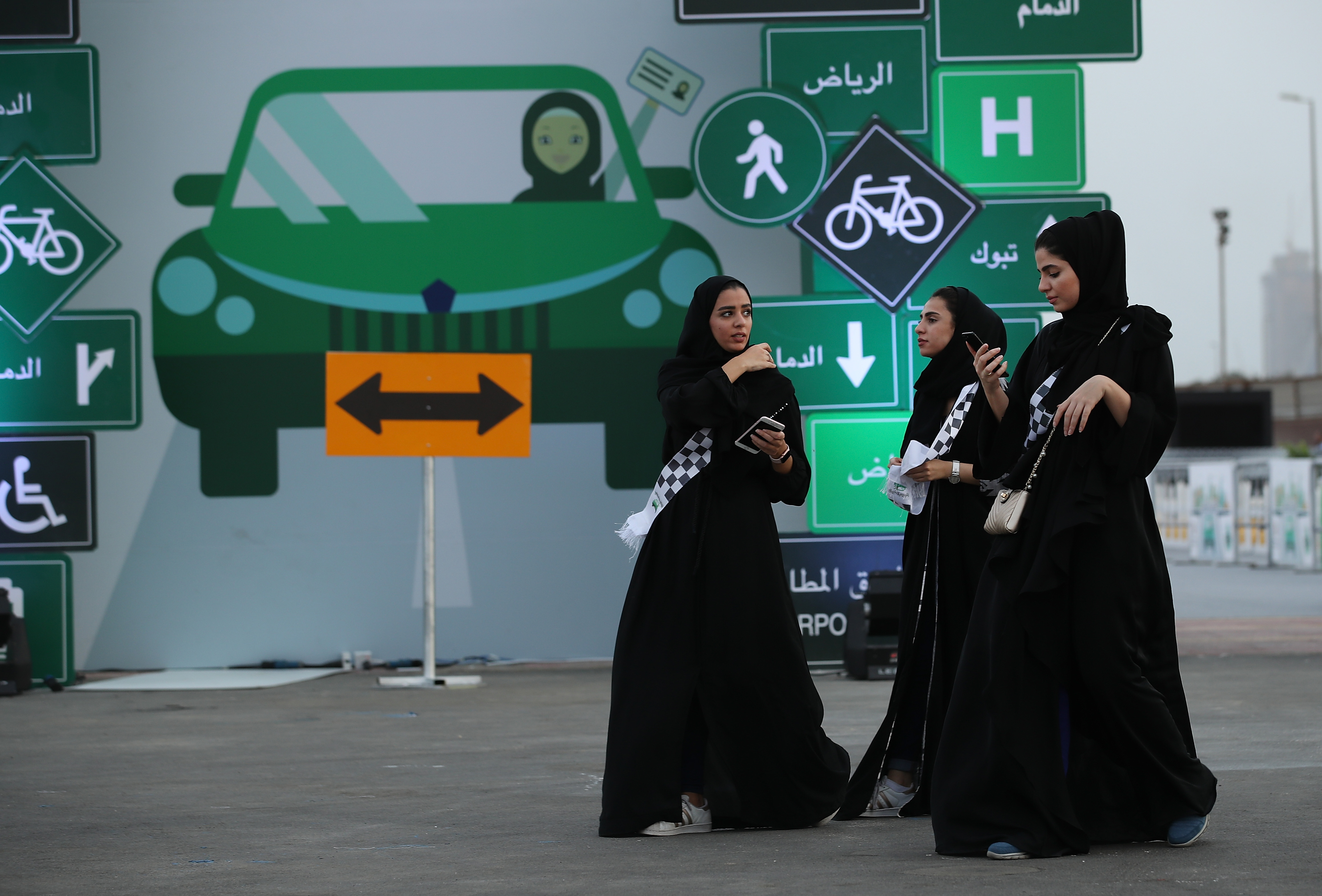 Young women wearing the traditional abaya walk past a sign as they help to organize an outdoor educational driving event for women on June 21, 2018 in Jeddah, Saudi Arabia. (Photo by Sean Gallup/Getty Images)

Saudi Arabia’s guardianship laws continue to hinder women’s rights in the kingdom as they’re still required to receive permission from a male, whether it be a son, father, husband, uncle or brother, to make most decisions regarding work, travel, marriage, education and clothing.

A young Saudi woman reportedly ran away from her family while on vacation in Kuwait last week and boarded a plane to Thailand, where she is currently being detained, claiming her family was abusive.

“They will kill me,” Rahaf Mohammed Alqunun, 18, told The New York Times.

“[B]ased on the 1951 Convention and the 1967 Protocol, I’m rahaf mohmed, formally seeking a refugee status to any country that would protect me from getting harmed or killed due to leaving my religion and torture from my family,” she wrote Sunday on Twitter.

based on the 1951 Convention and the 1967 Protocol, I’m rahaf mohmed, formally seeking a refugee status to any country that would protect me from getting harmed or killed due to leaving my religion and torture from my family.

Alqunun was apprehended by Thai security officials after her family filed a missing persons report on her.

“Saudi women fleeing their families can face severe violence from relatives, deprivation of liberty, and other serious harm if returned against their will,” Michael Page, the deputy Middle East director at Human Rights Watch, told The Times.

“Thai authorities should immediately halt any deportation,” he added.