A Transportation Security Administration higher-up threatened to classify missing workers as absent without furlough status Monday as many TSA screeners consider calling in sick later in January if the partial government shutdown lasts long enough to affect their pay.

Martin Elam, the deputy federal security director overseeing five airports in California, wrote the following in an email to TSA personnel at Palm Springs International Airport, according to CNN:

Due to excessive unscheduled absences recently experienced at PSP (Palm Springs International airport) that has adversely impacted security operations, if you have an unscheduled absence, you will NOT be placed in an intermittent furlough status.

Your unauthorized unscheduled absence will be coded by payroll as absent without leave (AWOL). At the conclusion of the government shutdown, an employee’s AWOL status may result in progressive disciplinary action.

Workers calling in sick have had “a minimal impact on operations,” TSA spokesman Michael Bilello told The Wall Street Journal. (RELATED: See How The Shutdown Racks Up Against The Longest In History)

But air travelers could see growing airport security lines if lawmakers do not come to an agreement over the border wall, which has majorly impacted the government shutdown.

There are conflicting reports about TSA callouts having a substantial impact on lines. Dallas/Fort Worth International Airport saw over 5 percent of TSA employees calling in sick Friday in comparison to the typical 3.5 percent, reported TheWSJ. 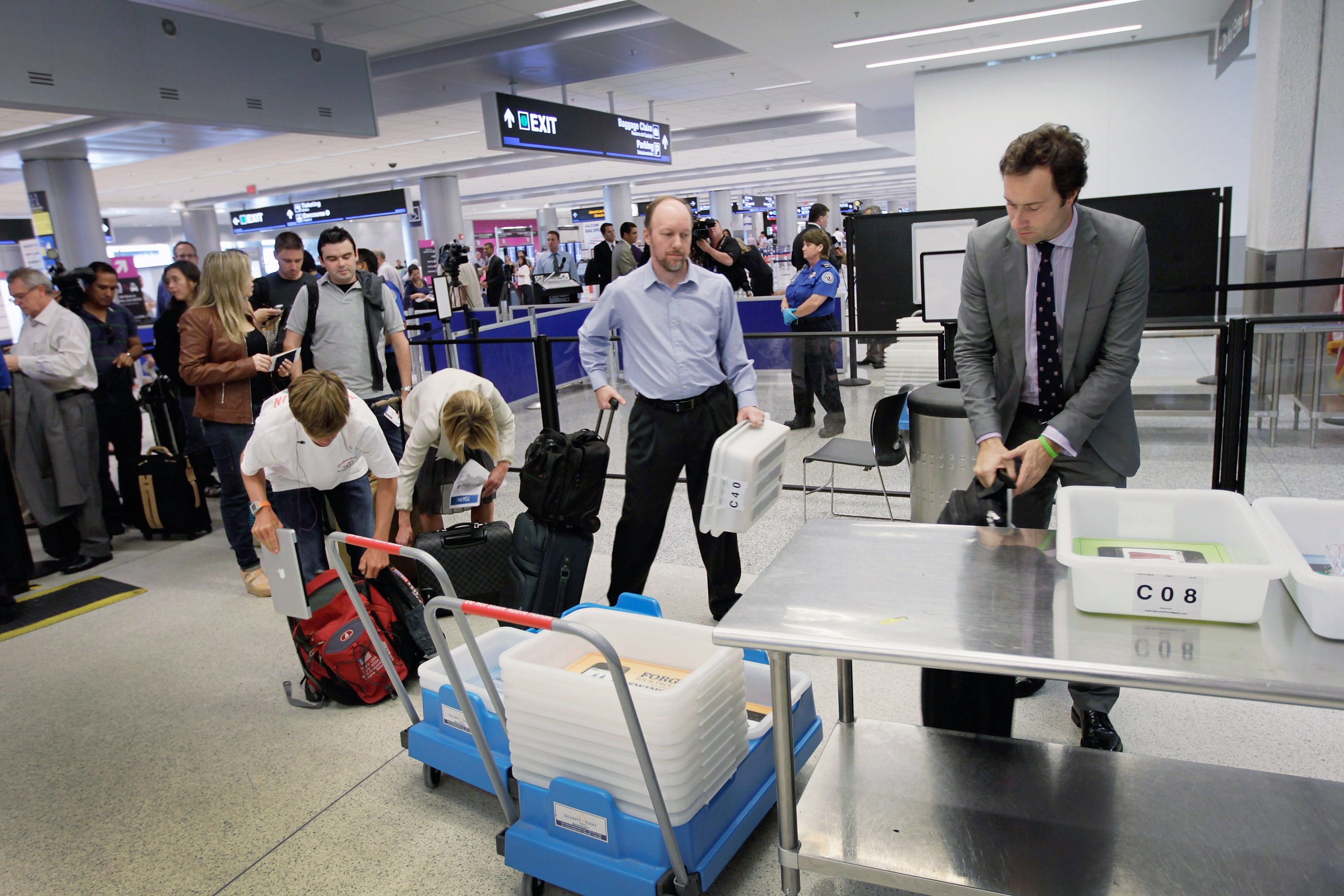 Passengers wait to clear security next to the newly opened TSA PreCheck lane which the Transportation Security Administration launched to cut down the time prescreened passengers need to stand in the traditional security line at Miami International Airport on October 4, 2011 in Miami, Florida. (Photo by Joe Raedle/Getty Images)

“This TSA line at SeaTac is out of this world. I’ve NEVER been in a line this long before,” one Twitter user wrote Sunday.

This TSA line at SeaTac is out of this world. I’ve NEVER been in a line this long before.

Over 99 percent of Sunday’s 2.2 million air travelers got through security checks in under half an hour, according to TSA. LaGuardia Airport, however, had an average wait of 52 minutes, but TSA blamed that on a “mismanagement of resources” rather than a sickout, reported CBS News.

“The agency is well prepared to handle these different contingencies without letting it impact the actual security,” said Kip Hawley, a former TSA administrator, according to TheWSJ.