The Supreme Court will consider the Trump administration’s request to intervene in the ongoing legal fight over the Deferred Action for Childhood Arrivals (DACA) program Friday.

DACA is an Obama-era amnesty initiative that extends temporary legal status to 700,000 foreign nationals who arrived in the U.S. as children.

The Trump administration took steps to terminate DACA in September 2017. Those moves were immediately challenged in federal court. U.S. District Judge William Alsup ordered the government to continue administering the program on Jan. 9, 2018. The Department of Justice broke with normal judicial procedure and asked the Supreme Court to overturn that decision, bypassing the 9th U.S. Circuit Court of Appeals.

The high court rejected that petition in February 2018, but ordered the 9th Circuit to “proceed expeditiously” in its review of Alsup’s decision. After months passed without a ruling from the 9th Circuit, the Justice Department returned to the Supreme Court on Nov. 5, 2018, and again asked the justices to take their case. Three days later on Nov. 8, the 9th Circuit issued a decision upholding Alsup’s order.

“More than ten months later, the court of appeals’ judgment is here and the Court is presented the opportunity it anticipated in February,” Solicitor General Noel Francisco — the government’s Supreme Court lawyer — wrote in court papers. “The Court should now grant [review] and resolve this important dispute this term.”

Other challenges to DACA’s repeal are pending before appeals courts in New York and Washington, D.C.

The Trump administration urged the justices to take its case because the 9th Circuit’s ruling conflicts with a prior decision of the 5th U.S. Circuit Court of Appeals upholding the Deferred Action for Parents of Americans (DAPA) program. (RELATED: Brett Kavanaugh Issues First Opinion As A Supreme Court Justice)

Like DACA, DAPA is an Obama-era policy that provides benefits to illegal aliens whose children are U.S. citizens or permanent residents. When multiple appeals courts disagree over the same question of federal law, the high court is much more likely to step in. 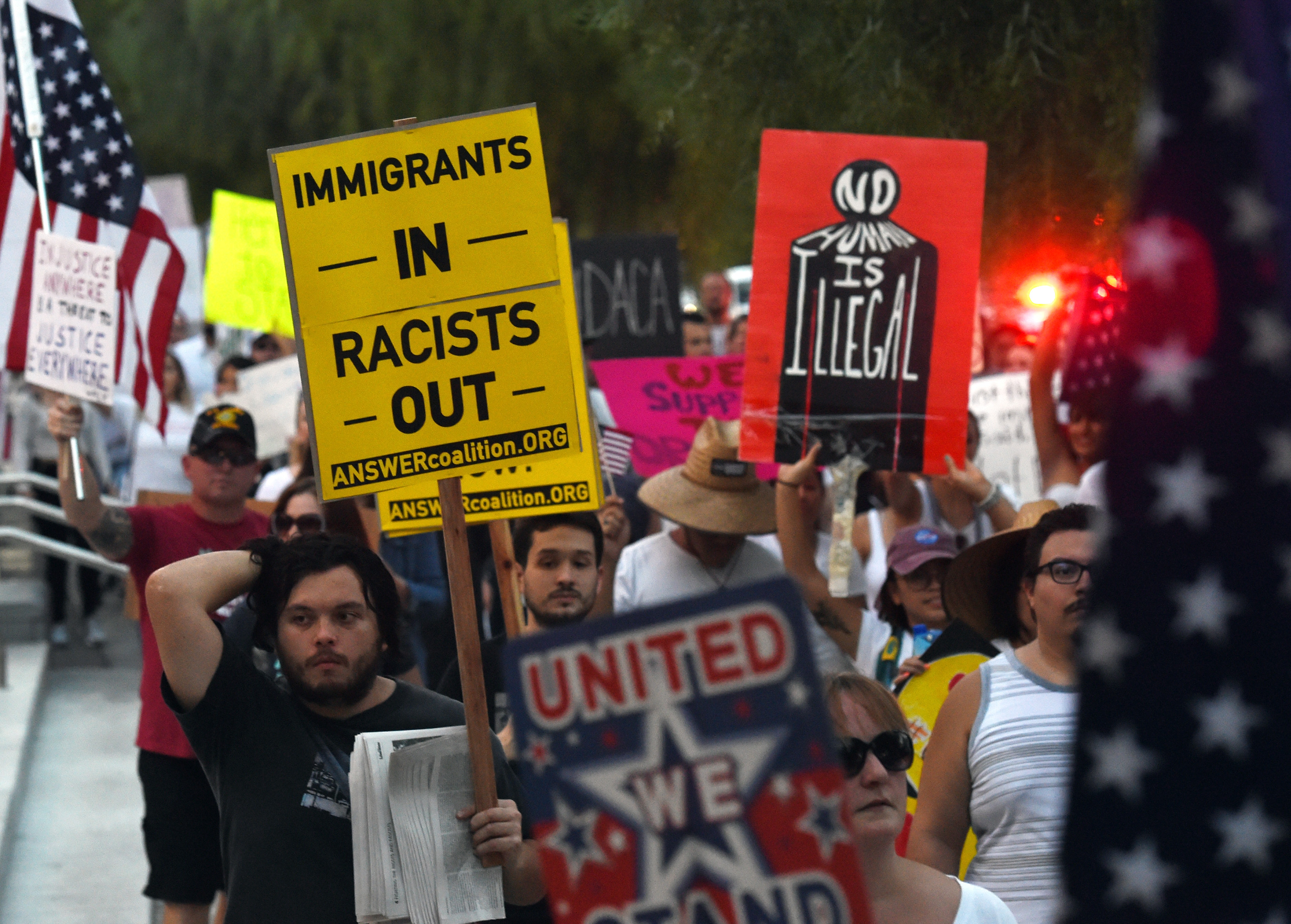 Immigrants and supporters march on the Las Vegas Strip during a “We Rise for the Dream” rally to oppose President Donald Trump’s order to end DACA on September 10, 2017 (Ethan Miller/Getty Images)

The government also said it will be forced to abide widespread disregard for immigration laws if the Supreme Court rejects its petition.

“The district court’s nationwide injunction commands the government to preserve a policy that affirmatively sanctions the ongoing violation of federal law by 700,00 aliens who have no lawful immigration status and no right to the policy’s continuation,” Francisco told the justices in court filings. “Absent this Court’s intervention, the government will be required to maintain the policy nationwide for years after DHS and the Attorney General determined that it should end.”

Some Republican lawmakers have floated the prospect of enacting DACA protections as part of a grand bargain to implement comprehensive immigration reform and reopen the government. Vice President Mike Pence said that the White House will not consider a deal that includes DACA until the Supreme Court decides on its legality during a gaggle with reporters Thursday afternoon.

The justices could announce a decision to take the case as soon as Friday afternoon.