Meghan Markle reportedly dropped another hint Monday about the due due for her royal baby during an appearance in Birkenhead, telling the crowd she was six months along.

“We asked her how her pregnancy was going and she said she was six months and she tapped her tummy,” one of the well wishers in the crowd, Carla Gandy, told People magazine. (RELATED: Celebrate Prince William’s Birthday With Unforgettable Shots Of Kate Middleton [SLIDESHOW]) 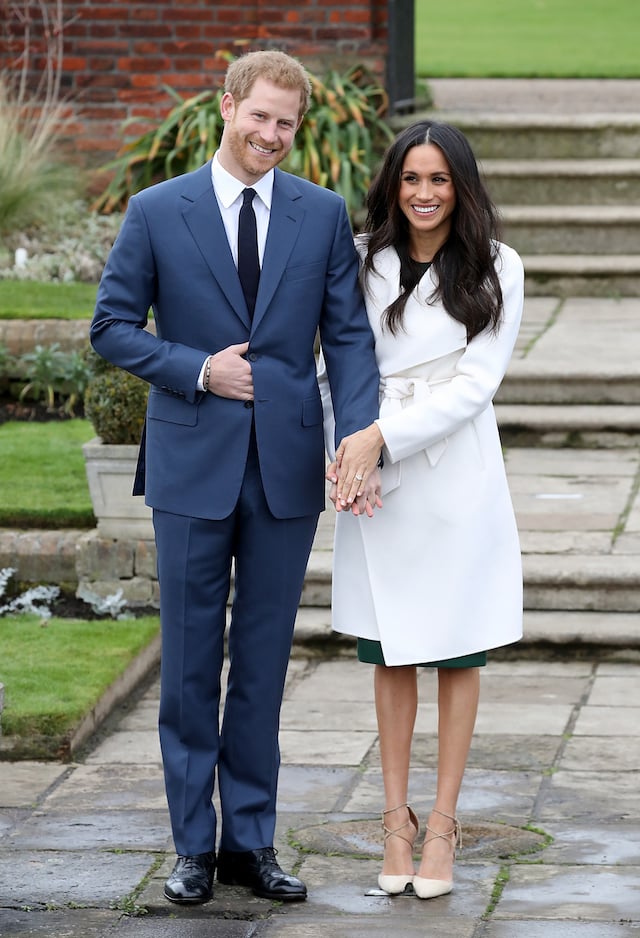 Prince Harry and actress Meghan Markle during an official photocall to announce their engagement at The Sunken Gardens at Kensington Palace on November 27, 2017 in London, England. (Photo by Chris Jackson/Chris Jackson/Getty Images)

“Meghan [Markle] came up straight after and said that he’s [Harry] going to be a fantastic dad,” another well-wisher shared.

One woman holding her son in the crowd reportedly spoke to the Duchess who remarked about how fast her pregnancy had gone.

“She said her pregnancy had gone so quickly,” the woman shared. “I asked her how she was coping on those high heels. She said, ‘One day at a time!'”

At one point, she reportedly commented on if they were expecting a boy or a girl, with the split being evenly divided.

“Meghan said there are ‘strong opinions about that, but it’s a 50/50 split!'” another person there, Jean Elliott explained.

The Duchess of Sussex reportedly told others gathered that she was due in April.

Markle and Prince Harry made headlines in October with news that they were expecting their first child in the spring.

The news comes only months after the royal couple tied the knot in May at a gorgeous ceremony at St. George’s Chapel at Windsor Castle in England.