Canadian Prime Minister Justin Trudeau is locked in an escalating diplomatic war with China after he criticized Beijing for sentencing a Canadian to death for a drug smuggling conviction.

Relations between the two countries were already bad after Canadian authorities arrested Huawei Technologies CFO Meng Mazhou in December at the reported request of the United States. The state of affairs appears to be somewhat ironic for Trudeau, who once declared China to be the state that he most “admired.”

According to Global News, China condemned Trudeau’s “irresponsible” remarks Tuesday after the prime minister suggested the Asian superpower was “arbitrarily” applying the death penalty because of the diplomatic standoff. (RELATED: Chinese CFO Arrested For Fraud Out On $10.000,000 Bail)

Canadian Robert Schellenberg was convicted Monday in a Chinese court of smuggling 500 pounds of methamphetamines, but his lawyer announced Tuesday that he would be appealing that sentence. China has also arrested two other Canadian citizens, a former diplomat and a businessman, on charges of endangering state security. 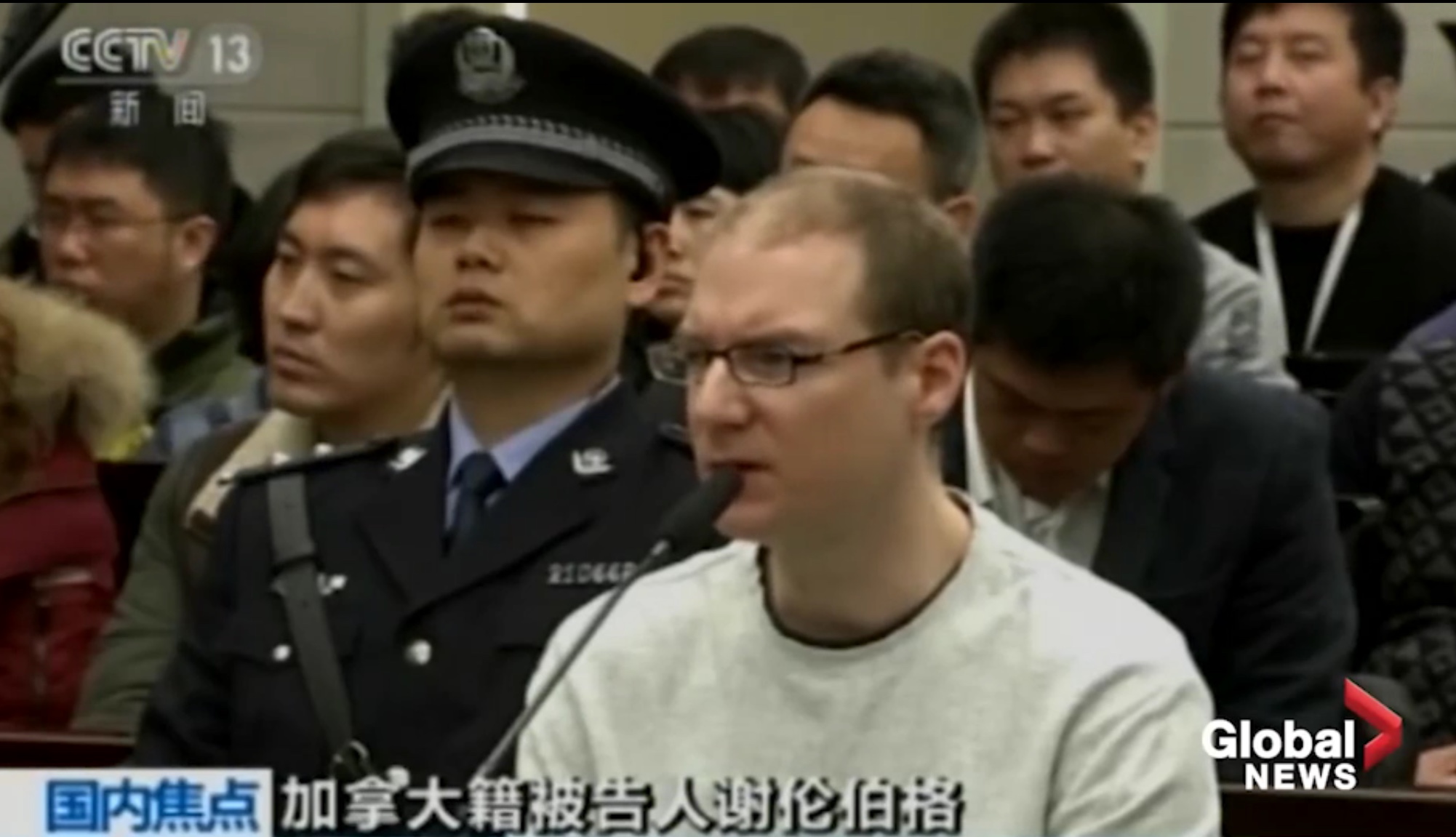 Canadian Robert Schellenberg is sentenced to the death penalty in a Chinese court on Jan. 14, 2019. Global News screenshot.

Although China has not suggested the flurry of legal law enforcement has anything to do with Meng’s arrest and potential deportation to the U.S., its foreign affairs department has warned Canada of consequences for its actions.

At a Monday morning news conference viewed by The Daily Caller, Trudeau told reporters that it is always the government’s policy to try to intervene when a Canadian is facing the death sentence at the hands of a foreign government. “It is of extreme concern to us as a government, as it should be to all our international friends and allies, that China has chosen to … arbitrarily apply the death penalty … in this case facing a Canadian,” he said. (RELATED: Sick Of Trudeau’s Agenda, China Won’t Agree To Free Trade Talks)

When asked if he viewed the situation as an escalation in the diplomatic war, Trudeau would only reiterate that he was “extremely concerned” and promised to “engage strongly with China.”