A Google executive sparked a fierce backlash from employees by using the word “family” in a weekly, company-wide presentation, according to internal documents obtained by The Daily Caller News Foundation.

Many Google employees became angry that the term was used while discussing a product aimed at children, because it implied that families have children, the documents show. The backlash grew large enough that a Google vice president addressed the controversy and solicited feedback on how the company could become more inclusive.

TheDCNF received the documents from a source who insisted upon anonymity in order to share them. (RELATED: Google Employees Debated Burying Conservative Media In Search)

One employee stormed out of the March 2017 presentation after a presenter “continued to show (awesome) Unicorn product features which continually use the word ‘family’ as a synonym for ‘household with children,'” he explained in an internal thread. That employee posted an extended rant, which was well-received by his colleagues, on why linking families to children is “offensive, inappropriate, homophobic, and wrong.”

This is a diminishing and disrespectful way to speak. If you mean “children”, say “children”; we have a perfectly good word for it. “Family friendly” used as a synonym for “kid friendly” means, to me, “you and yours don’t count as a family unless you have children”. And while kids may often be less aware of it, there are kids without families too, you know.

The use of “family” as a synonym for “with children” has a long-standing association with deeply homophobic organizations. This does not mean we should not use the word “family” to refer to families, but it mean we must doggedly insist that family does not imply children.

Even the sense, “suitable for the whole family”, which you might think is unobjectionable, is totally wrong too. It only works if we have advance shared conception of what “the whole family” is, and that is almost always used to mean a household with two adults, of opposite sex, in a romantic/sexual relationship, with two or more of their own children. If you mean that as a synonym for “suitable for all people” stop and notice the extraordinary unlikelihood of such a thought! So “suitable for the whole family” doesn’t mean “all people”, it means “all people in families”, which either means that all those other people aren’t in families, or something even worse. Use the word “family” to mean a loving assemblage of people who may or may not live together and may or may not include people of any particular age. STOP using it to mean “children”. It’s offensive, inappropriate, homophobic, and wrong.

“Using the word ‘family’ in this sense bothers me too,” wrote another employee, who felt excluded by the term because she was neither married nor a parent.

“It smacks of the ‘family values’ agenda by the right wing, which is absolutely homophobic by its very definition,” she wrote, adding: “[I]t’s important that we fix our charged language when we become aware of how exclusionary it actually is. As a straight person in a relationship, I find the term ‘family’ offensive because it excludes me and my boyfriend, having no children of our own.”

“My family consists of me and several other trans feminine folks, some of whom I’m dating. We’re all supportive of each other and eventually aspire to live together. Just because we aren’t a heterosexual couple with 2.5 kids, a white picket fence, and a dog doesn’t mean we’re not a family,” another employee added in agreement.

Another employee wrote that “using ‘family’ to mean ‘people with kids’ is also annoying to me as a straight-cis-woman who doesn’t have or want kids. My husband, my parents, and my pets are my family.” 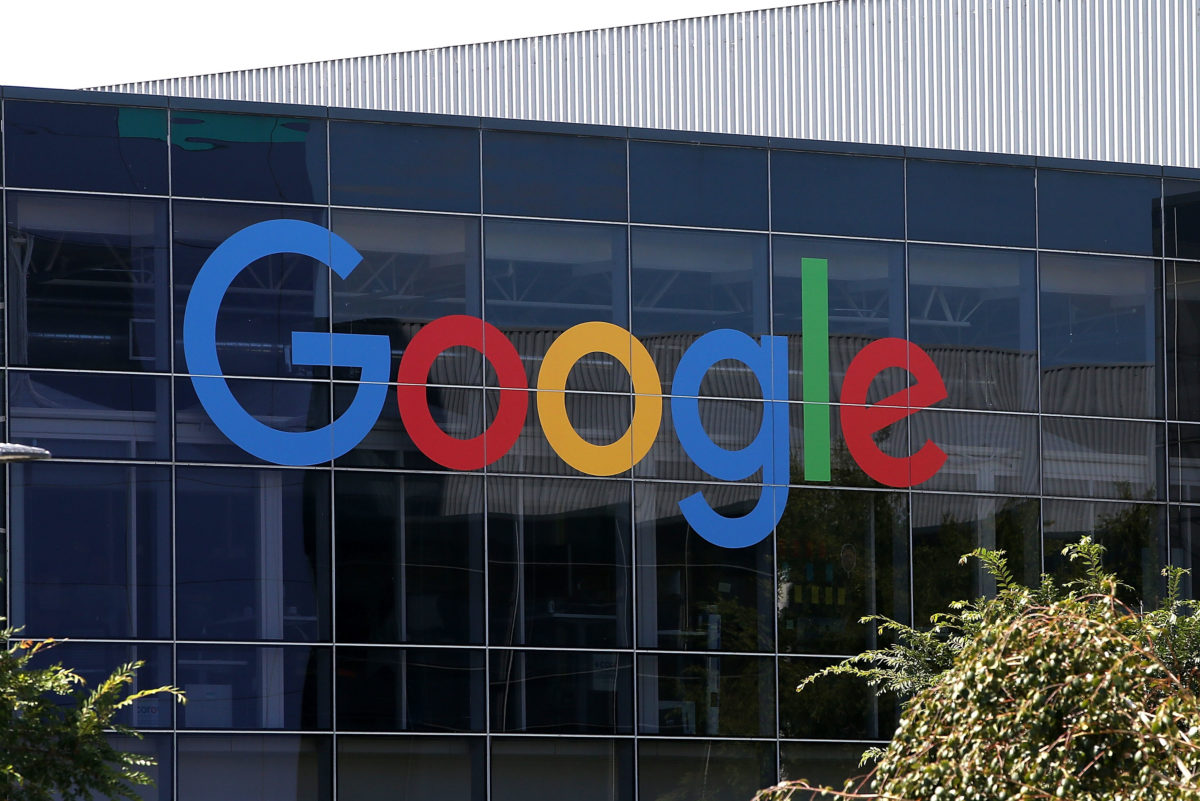 The new Google logo is displayed at the Google headquarters on Sept. 2, 2015 in Mountain View, California. (Photo by Justin Sullivan/Getty Images)

Google vice president Pavni Diwanji joined the conversation and acknowledged that use of the term “family” had sparked “concerns.”

“Hi everyone, I realize what we said at tgif might have caused concerns in the way we talked about families. There are families without kids too, and also we needed to be more conscientious about the fact that there is a diverse makeup of parents and families,” Dwiwanji wrote.

“Please help us get to a better state. Teach us how to talk about it in inclusive way, if you feel like we are not doing it well. As a team we have very inclusive culture, and want to do right in this area. I am adding my team here so we can have open conversation,” Dwiwanji concluded.

Google did not return a request for comment on the controversy, which is yet another example of left-wing Google employees bringing their politics to work with them.

TheDCNF previously reported that Google employees had internal debates about whether to suppress right-of-center media outlets, including The Daily Caller and Breitbart, in the company’s search function. That conversation, too, included a Google vice president: David Besbris.

Besbris and other participants in that conversation advocated providing contextual information about media sources in search results, and the company later did so with a short-lived fact check feature at the end of 2017.