A group of Republican and Democratic senators are teaming up to put together a letter to send to President Donald Trump, asking him to reopen the government.

“We believe that such requests deserve consideration, through regular order, a process we support,” the draft of the letter reads, which was first obtained by Politico. The letter asks Trump “to give Congress time to develop and vote on a bipartisan agreement that addresses your request. We commit to working to advance legislation that can pass the Senate with substantial bipartisan support.”

Among the senators working on the letter are Republicans Susan Collins of Maine, Lindsey Graham of South Carolina, Lamar Alexander of Tennessee and Rob Portman of Ohio as well as Democrats Joe Manchin of West Virginia, Kyrsten Sinema of Arizona and Chris Coons of Delaware. Senators are reportedly trying to get more names to sign the letter before they send it to the White House. 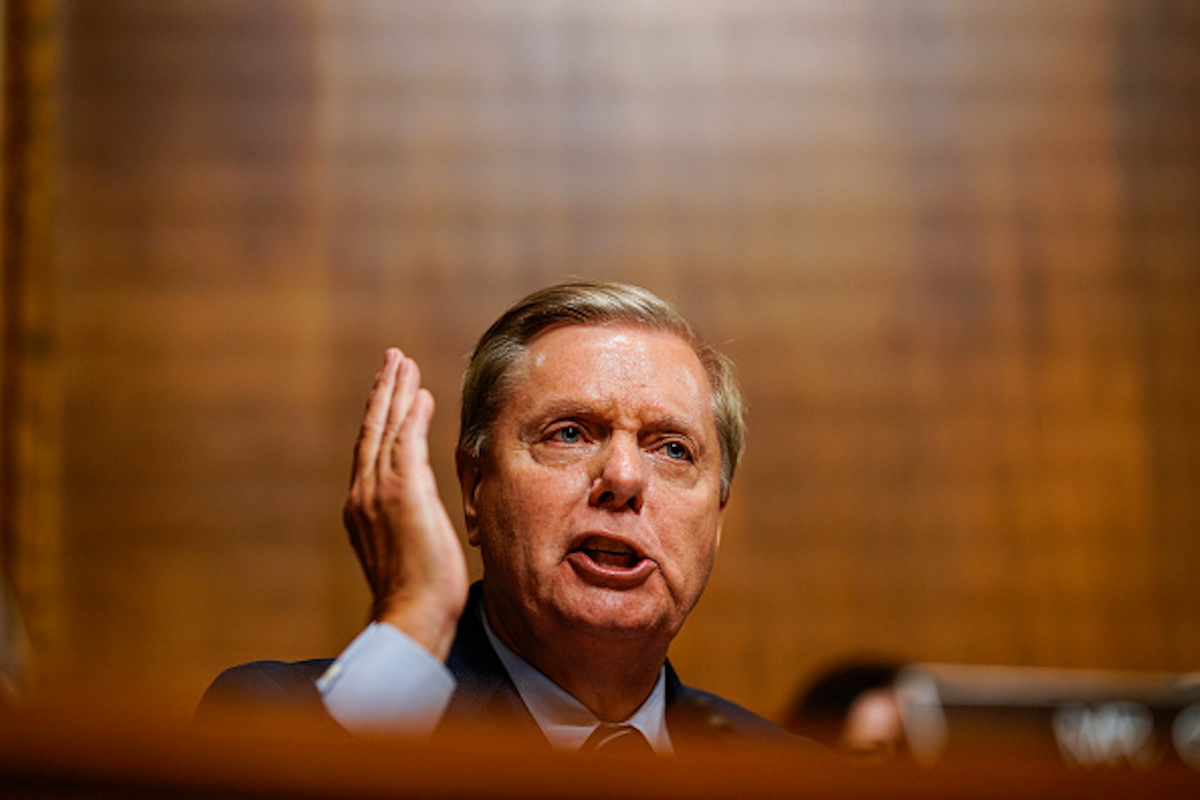 Sen. Lindsey O. Graham is animated in comments during a hearing with Judge Brett M. Kavanaugh with the a Senate Judiciary Committee on Thursday, Sept. 27, 2018 on Capitol Hill. (Photo by Melina Mara-Pool/Getty Images)

“We will make our best efforts following regular order in the appropriate committees and mark up bipartisan legislation relating to your request. This would include debating and voting on investments on the Southern border that are necessary, effective, and appropriate to accomplish that goal,” the draft continues.

This comes as Graham asked Trump to declare a national emergency in order to build a wall on the southern border after meeting with him Friday.

“I just met with President Trump and his team. It’s clear to both of us that Democrats don’t want to make a deal and will never support border wall/barriers on President Trump’s watch, even though they did so in the past,” Graham said in a statement after meeting with Trump.

“They hate President Trump more than they want to fix problems, even problems they acknowledged to be real and serious in the past. Democrats will do everything in their power to defeat Trump in 2020,” Graham continued. (RELATED: After Meeting With Trump, Graham Says ‘Declare A National Emergency Now’)

Trump has warned Democrats he might declare a national emergency if they cannot come to an agreement soon.

Graham and Manchin’s offices did not immediately respond to The Daily Caller News Foundation when asked about the bipartisan bill and the likelihood of the president approving it.