Minnesota Democratic Rep. Ilhan Omar defended asking Allah to help the world see how “evil” the actions of the nation of Israel are and how Israel has “hypnotized” the people of the world during a segment on CNN Thursday.

Hosts brought up a tweet the freshman congresswoman posted in 2012: “Israel has hypnotized the world, may Allah awaken the people and help them see the evil doings of Israel.”

Israel has hypnotized the world, may Allah awaken the people and help them see the evil doings of Israel. #Gaza #Palestine #Israel

“You wrote Israel has ‘hypnotized the world,'” CNN host Poppy Harlow asked Omar. “I wonder what your message is this morning to Jewish-Americans who find that deeply offensive.”

The new representative said that the question was “regrettable” and that she does not know how her comments would be “offensive” to Jewish people. 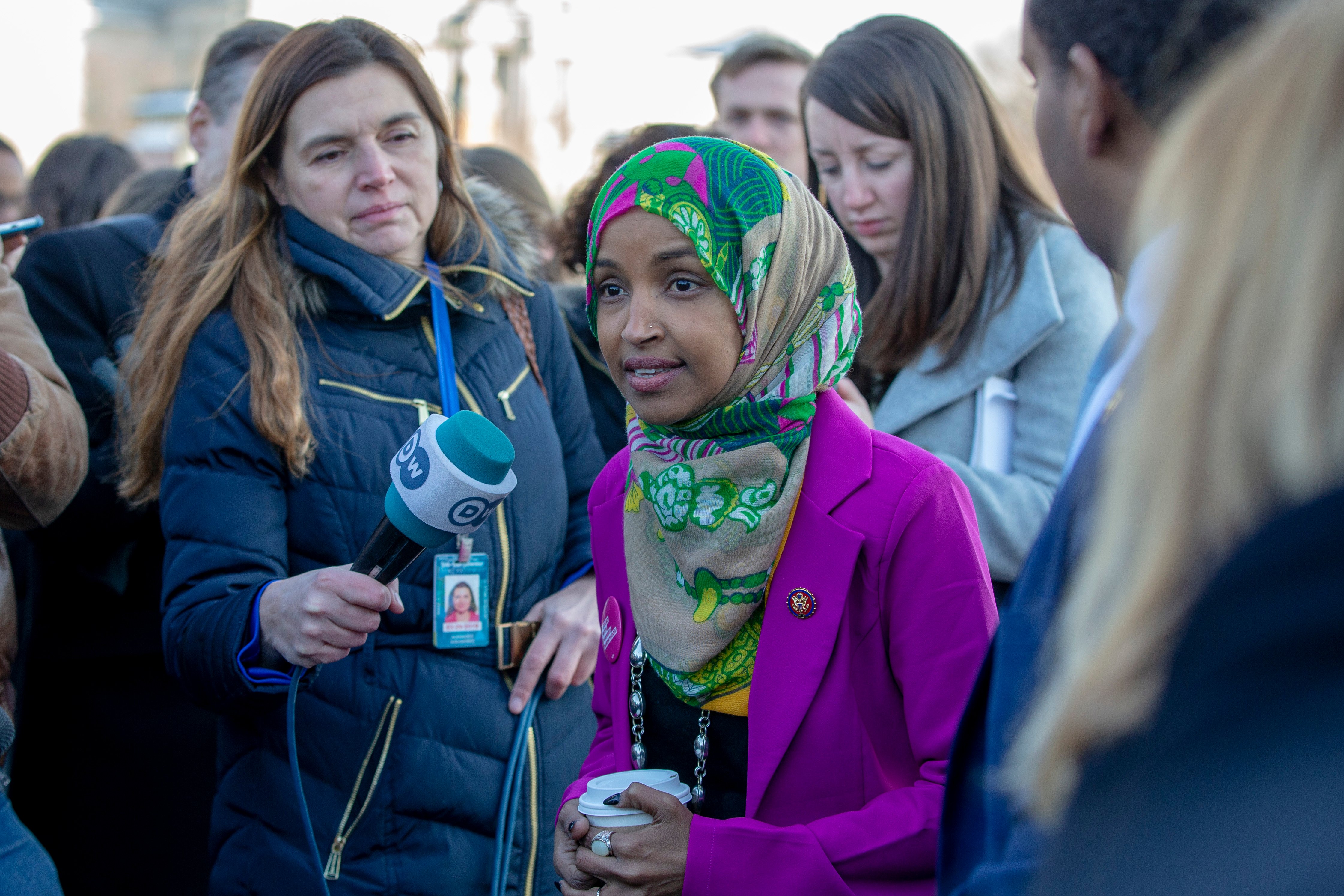 U.S. Rep Ilhan Omar (D-MN)speaks to media outside the US Captiol on January 15, 2019 in Washington, DC. Members of the Freshman Class held a press conference on the government shutdown. (Photo by Tasos Katopodis/Getty Images)

“That’s really a regrettable way of expressing that. I don’t know how my comments would be offensive to Jewish-Americans. My comments precisely are addressing what was happening during the Gaza War,” Omar said. (RELATED: Democrats Won’t Challenge The Anti-Semitism In Their Party)

The Somali-American congressman said she was criticizing the “Israeli regime” for how it was conducting itself.

Moments later in the interview, Omar called for GOP Rep. Steve King to be censured by Congress for “racism and bigotry” over controversial remarks made to the New York Times recently.

In the same segment, Omar also defended her recent remarks claiming Republican Sen. Lindsey Graham has been “compromised,” suggesting that the South Carolina congressman is being blackmailed for his sexuality — an allegation being pushed by MSNBC’s Stephanie Ruhle and other liberal activists this past week.