State Department employees are being called back into work amid the government shutdown and were told Thursday that they will be paid, unlike hundreds of thousands of federal workers currently working without pay.

“Recognizing the increasing hardship to employees caused by the ongoing lapse in appropriations, the Department is taking steps to make additional funds available to pay employee salaries,” Bill Todd, the department’s deputy undersecretary for management, told staffers in an “urgent” message.

“[A]ll State Department direct-hire employees and State Department locally employed staff are expected to report to work on their first work day in Pay Period 2,” the statement continues, which for most employees is Jan. 22. (RELATED: 50,000 Workers Are Headed Back To Work Without Pay As Government Shutdown Rages On)

Employees will be paid for work conducted beginning on or after Jan. 20, when some overseas employees are expected to head back to work, but employees will not be paid “until FY 2019 appropriations are enacted” for work they’ve done so far under the shutdown.

Todd added that it is “imperative” the department carry out its mission with “fully staffed embassies, consulates, and domestic offices.”

The decision was announced Thursday by Deputy Secretary of State John Sullivan, according to The Washington Post, at a lunch conference with more than 180 ambassadors. One official told WaPo that Sullivan received two rounds of applause. 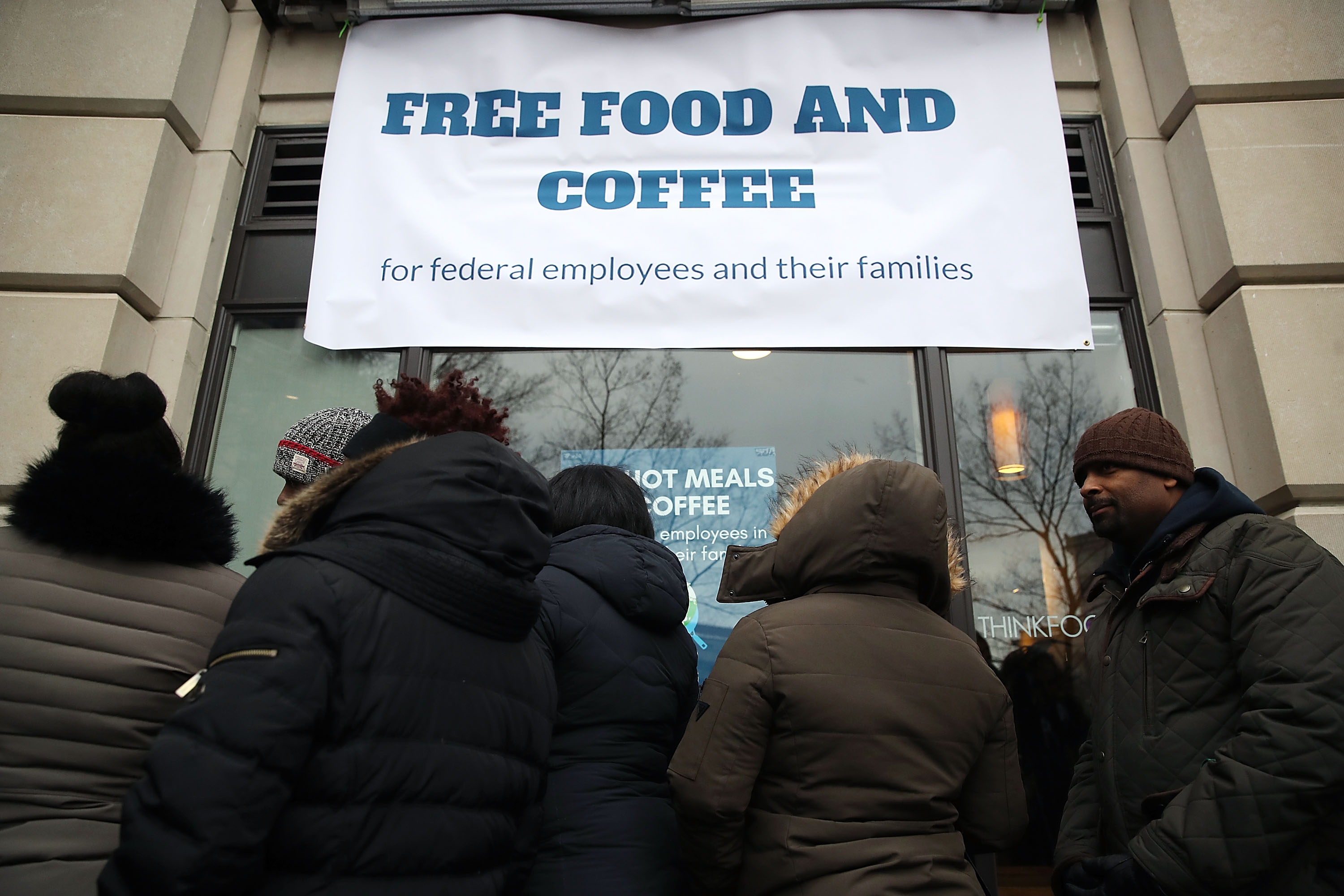 People line up to get a free lunch at a pop-up eatery hosted by celebrity Chef Jose Andres for furloughed government employees and their families, on Jan. 16, 2019 in Washington, D.C. (Photo by Mark Wilson/Getty Images)

Officials at the department reportedly were able to pull enough money from various accounts to pay half a month of payroll. Should the shutdown continue past that, officials will have to review.

Todd warned in his message that employees should be prepared to work on strict budget constraints “with regard to new spending for contracts, travel, and other needs.”

Thursday marks the 27th day of the shutdown.