A federal employees’ union lawsuit against the Trump administration over the shutdown is tied up in court because federal attorneys at the Department of Justice have been ordered not to work.

The lawsuits are stalled without any clear sign when they might be addressed. The federal shutdown, which started Dec. 22, 2018, and has entered its fifth week, caused many DOJ attorneys to go on furlough. Without any attorneys free to argue the government’s case, judges have refused to push the lawsuits forward.

“Neither the court nor the attorneys at the Department of Justice has the authority to change the present circumstances,” U.S. Court of Claims Judge Patricia Campbell-Smith said in ruling on the AFGE lawsuit Jan. 15, according to Reuters. (RELATED: What Shutdown? 82 Percent Of Small Businesses Are ‘Unaffected’ By Federal Lapse, Study Says)

The Trump administration has filed numerous requests for stays in court cases the federal government is a party to, including cases not directly linked to the shutdown. The federal government asked the 4th U.S. Circuit Court of Appeals in December 2018 to postpone all new filings in a lawsuit alleging President Donald Trump illegally profited from his hotel in Washington, D.C.

“The Department does not know when funding will be restored by Congress,” Justice Department lawyers wrote, according to Politico. “Absent an appropriation, Department of Justice attorneys and employees are prohibited from working, even on a voluntary basis, except in very limited circumstances, including ’emergencies involving the safety of human life or the protection of property.'” 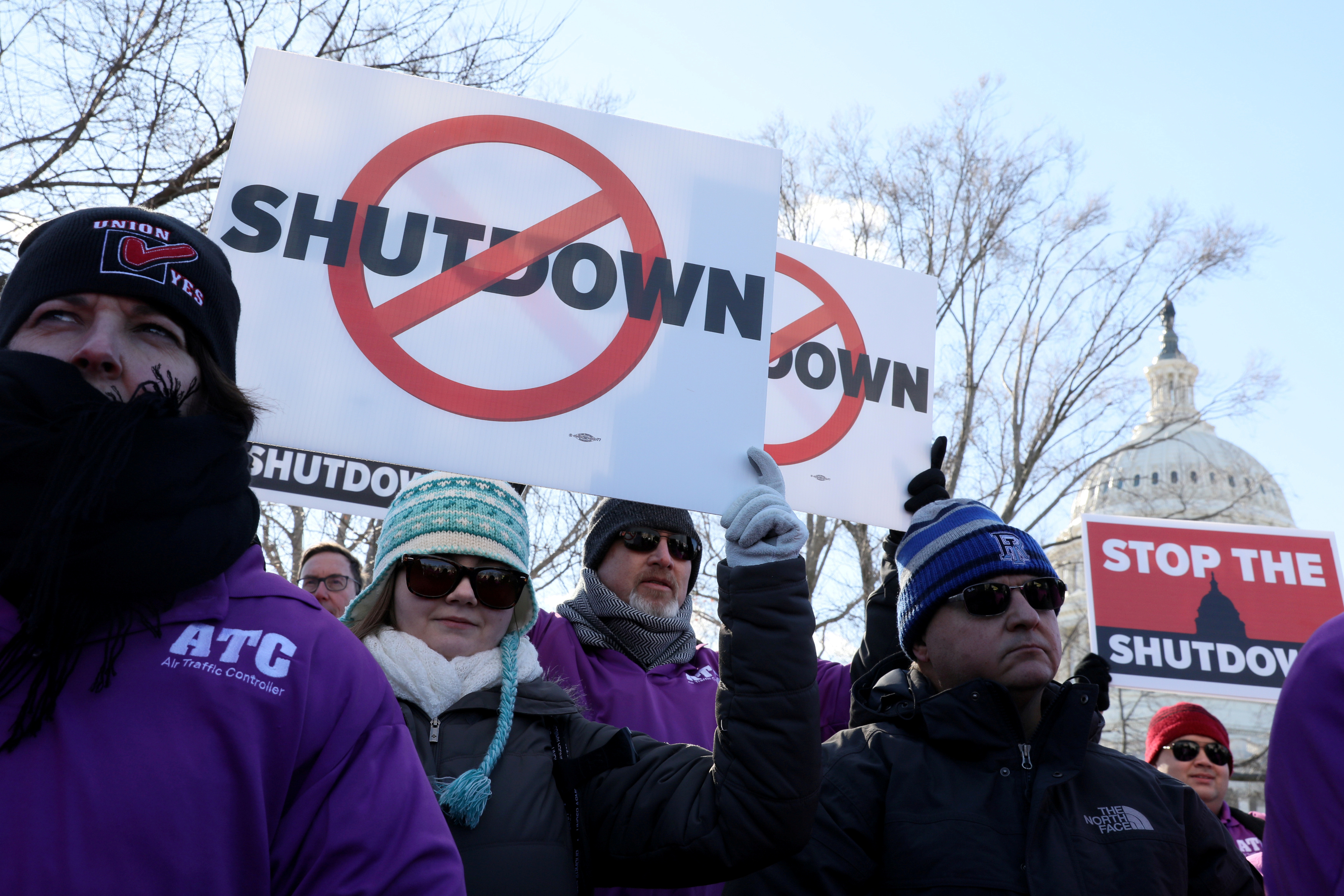 Court proceedings in criminal cases “involving the safety of human life or the protection of property” are ongoing because of the U.S. Constitution’s Sixth Amendment, which guarantees a right to a speedy trial, The Associated Press reports.

1
'This Is A Sham': Tucker Blasts Health Care Professionals Who Signed Letter Exempting George Floyd Protests From Coronavirus Restrictions
Media
2
Trump Orders Thousands Of US Troops To Leave Germany
World
3
82-Year-Old Attacked For Holding A Trump Sign Gets Emotional When He Receives A Call From Donald Trump Jr.
US
4
'You Are Something Else': Trump Chastises PBS Reporter After She Interrupts Him With Questions During Bill Signing
Media
5
'Total Chaos': Texas Sheriff Responds To The 'Defund Police' Movement
Editorial