Underneath Cardiff City’s squad lineup, Arsenal included Sala’s name in the game-day program with a symbolic daffodil next to his name instead of his team number and will hand out a daffodil to each fan in attendance.

Emiliano Sala would have made his Premier League debut for Cardiff at Arsenal tonight.
The programme at the Emirates includes his name, and a daffodil beside it. Classy touch.
What a terrible tragedy.
RIP Emiliano. pic.twitter.com/kLvuUdMc4U

The yellow flower will also be laid on the field by both team’s captain before kick-off and will be worn by each Cardiff City staff member in attendance, according to WalesOnline.

Sala was signed by the Welsh club Cardiff City from the French club FC Nantes for a record deal of £15 million. The daffodil represents a special meaning for both teams.

“It is a yellow flower, the flower of Wales and has significance to Nantes,” said Cardiff City CEO Ken Choo, “We feel for FC Nantes, their fans and players. They definitely know Emiliano better than we do and it is tougher for them, at this point in time.” 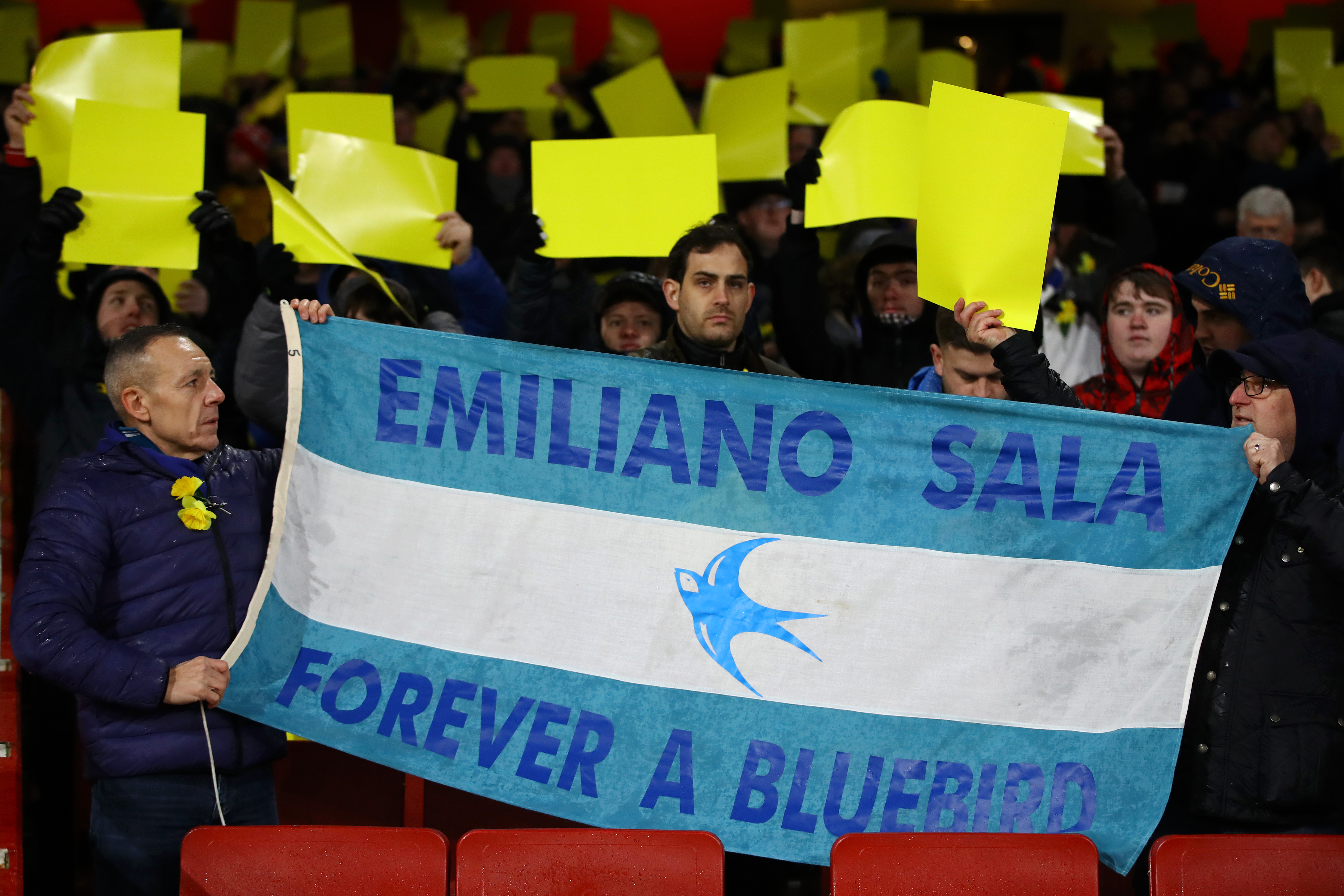 It has been over eight days since Sala’s and pilot David Ibbotson’s plane went missing over the English Channel on Jan. 21. After three days of searching from local police, the official search was called off.

However, a GoFundMe page created the next day by Sala’s management agency, Sport Cover, requested funds to continue the search. With the help of multiple donations, especially from other soccer players such as Kylian Mbappé, the page quickly reached its goal of €300,000 in three days and is now reaching upwards towards €400,000.

The funds from the 4,000 donations have led to the development of an underwater search that will begin this weekend, according to Sky Sports.

“We have sourced and hired a survey vessel equipped with state of the art search equipment, which will be used to conduct an underwater search for the wreckage in the area of the last radar contact,” said David Mearns of Bluewater Recoveries.

With a new search on the horizon, Sala’s family and the whole soccer community are hoping for a miracle to be found. (RELATED: Irish Soccer Says, ‘Basically, I’m Not Dead’ After Club Fakes Death To Get Out of Game)