A Belarusian model who originally said she had secret recordings that tied President Donald Trump to Russian tycoon Oleg Deripaska and showed collusion between Russia and the Trump campaign now says she lied.

Anastasia Vashukevich, who goes by the alias Nastya Rybka on the internet, told CNN in a report published Tuesday that she made up the whole story as a means of getting out of a Thai prison last year.

Vashukevich was doing hard time in Thailand for offering her sex coach talents to the locals. Arrested and convicted for solicitation, she was sent to prison. Allegedly fearing for life behind bars, she decided to attract some international media attention with her story of having information that would link Trump to the Russian oligarchy. (RELATED: Report: FBI Agents Interviewed Russian Oligarch About Collusion Prior To Election)

She asked for political asylum in the U.S. to tell her story. She eventually received deportation back to Russia. 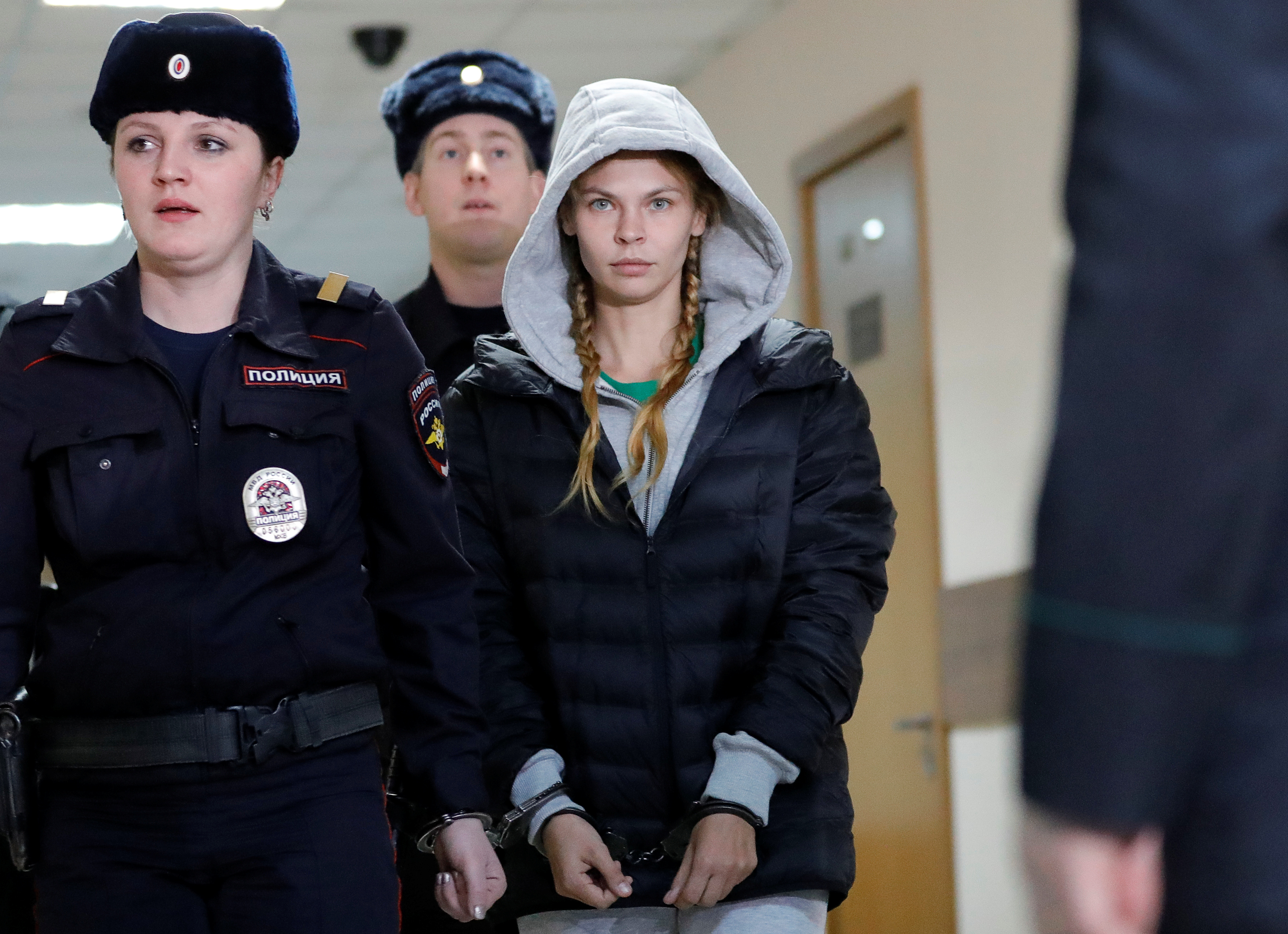 Model Anastasia Vashukevich, also known as Nastya Rybka, who was deported from Thailand to Russia after her arrest and pleading guilty to charges including conspiracy and soliciting, is escorted before a court hearing in Moscow, Russia Jan. 19, 2019. REUTERS/Tatyana Makeyeva

It appears the whole ordeal was about publicity.

“I think it saved my life, how can I regret it? If journalists had not come at that time and that story had not come to the newspapers, maybe I would die [be dead by] now,” she told CNN.

The model and reportedly high-priced escort says she has been counseled by Russian security to say no more about her alleged affair with Deripaska.

“They explained to me very clear[ly] what should I do, what should I say and what I shouldn’t say,” she said. “They said to me, ‘Don’t touch Oleg Deripaska anymore.'”

Deripaska is closely linked with Russian President Vladimir Putin and has had business dealings with Paul Manafort, who ran Trump’s presidential campaign. Manafort plea bargained with special counsel Robert Mueller for the investigation into alleged collusion between the Trump campaign and Russia. He had been charged with illegal lobbying on behalf of Ukraine. (RELATED: Manafort, WikiLeaks Deny Bombshell Report Of Assange Meeting)

Deripaska has never acknowledged any relationship with Vashukevich. He has been linked with Christopher Steele, the author of the salacious Trump dossier that purported to describe Trump’s sexual peccadilloes while in Russia.

Vashukevich’s checkered past also includes a nude protest in front of the U.S. Embassy in Moscow, when she and another internet model took off their clothes in support of disgraced Hollywood producer Harvey Weinstein. The two stated at the time: “We came here to support the producer who offered women sex. Sex is right, sex is cool!”