Amazon will not remain neutral on its New York City workforce’s attempts to unionize after the company builds one of its two headquarters in Queens, Amazon Vice President Brian Huseman said, angering residents and pro-union activists.

Huseman fielded questions from New York City council members Wednesday during a meeting at City Hall. Council Speaker Corey Johnson peppered Huseman on his company’s intent to fight unions after accepting a $3 billion payment in tax breaks and subsidies to locate a new facility in the city, The New York Post reported.

In a response to a question from Johnson on whether Amazon would stay neutral in any attempts by employees to unionize, Huseman replied, “No, sir, we would not.”

Amazon employs roughly 5,000 people in New York state, non of whom are unionized, according to Huseman.

The City Council also directed ire at New York City’s top development officer James Patchett for negotiating a deal that did not include a promise by Amazon to stay neutral in all unionization efforts. Instead, the deal negotiated gives preference to a few select unions.

“Shame on you, shame on you,” Councilmember Van Bramer said, who represents Long Island City, where Amazon’s facility will be built. “It’s a union-busting deal from the beginning.” (RELATED: Protesters Storm Amazon Store In New York)

Unions are split on the $3 billion Amazon deal. The Building and Construction Trades Council backs the project for the jobs it could provide for its members.

The Teamsters union wants the deal trashed if Amazon “will not change its ways” of “mistreating workers and violating their rights.” 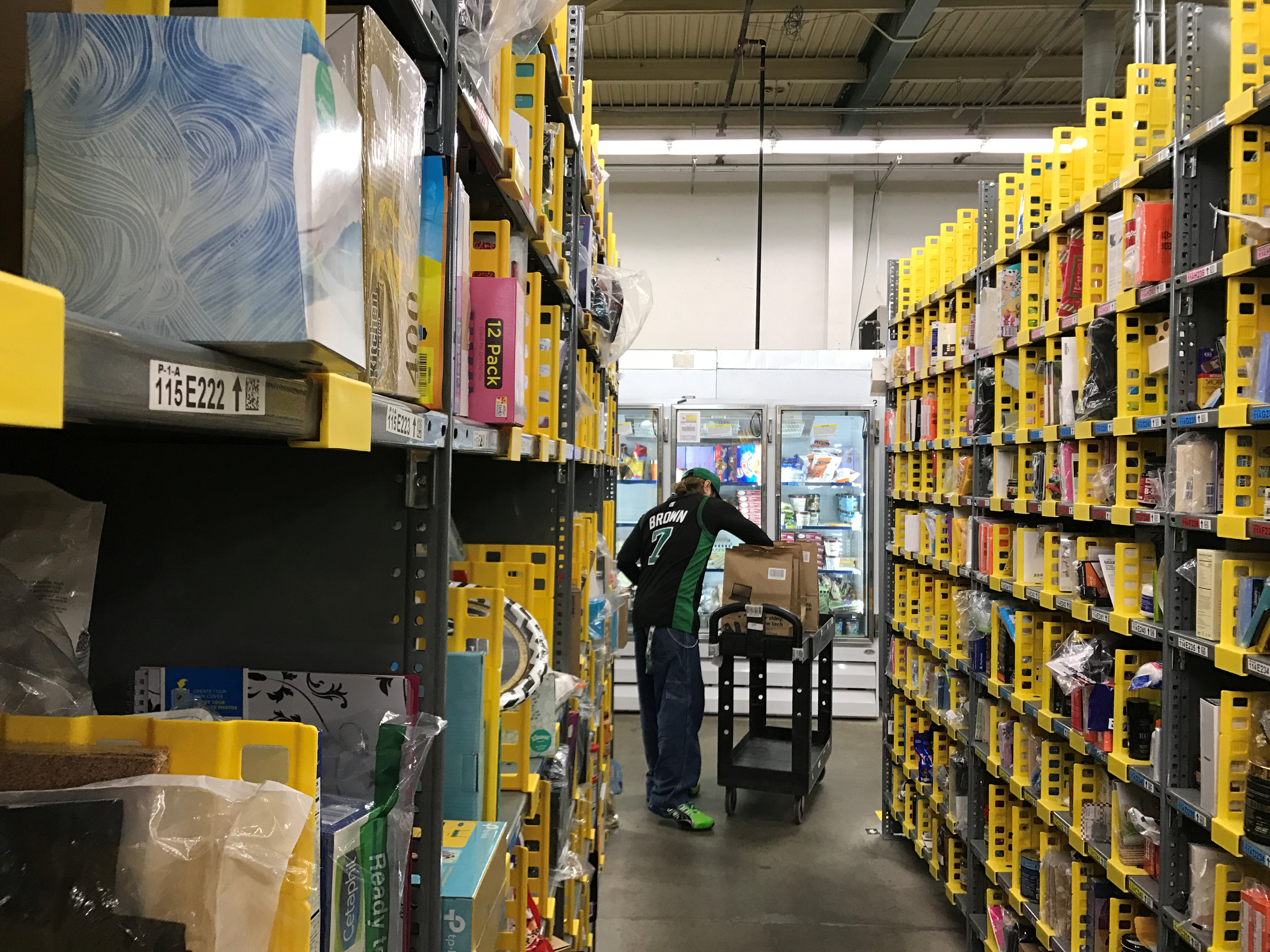 He was escorted from the building after the outburst.

Amazon’s allies in the Building and Construction Trades Council organized a counterprotest outside the building to stunt the effects of the anti-Amazon forces.