Redacted portions of Massachusetts’ suit against Purdue Pharma have not yet become public after a judge’s order Monday, but a Wednesday ProPublica story reports the blacked-out passages show the company was interested in entering the opioid addiction treatment market.

Internal correspondence dating back to 2014 shows Purdue Pharma executives discussing how selling opioids and opioid addiction treatment is “naturally linked,” necessitating an expansion across “the pain and addiction spectrum,” redacted portions of the suit allege according to ProPublica. ProPublica continued:

A member of the billionaire Sackler family, which founded and controls the privately held company, joined in those discussions and urged staff in an email to give ‘immediate attention’ to this business opportunity, the complaint alleges.

News that Purdue Pharma’s former chairman and president Richard Sackler had patented a new form of buprenorphine sparked outrage in summer 2018, reported The Washington Post. Buprenorphine is a mild opioid that is used to ease withdrawal symptoms. (RELATED: Judge Rules Public Can View Blacked Out Emails And More In Massachusetts Purdue Pharma Suit)

Purdue Pharma has sold Butrans, a branded version of buprenorphine, since 2011.

Judge Janet Sanders of the Suffolk County Superior Court ruled Monday for the complete filing to be released because of a motion filed by media organizations, including STAT News, the Wall Street Journal and the Boston Globe, reported STAT News. 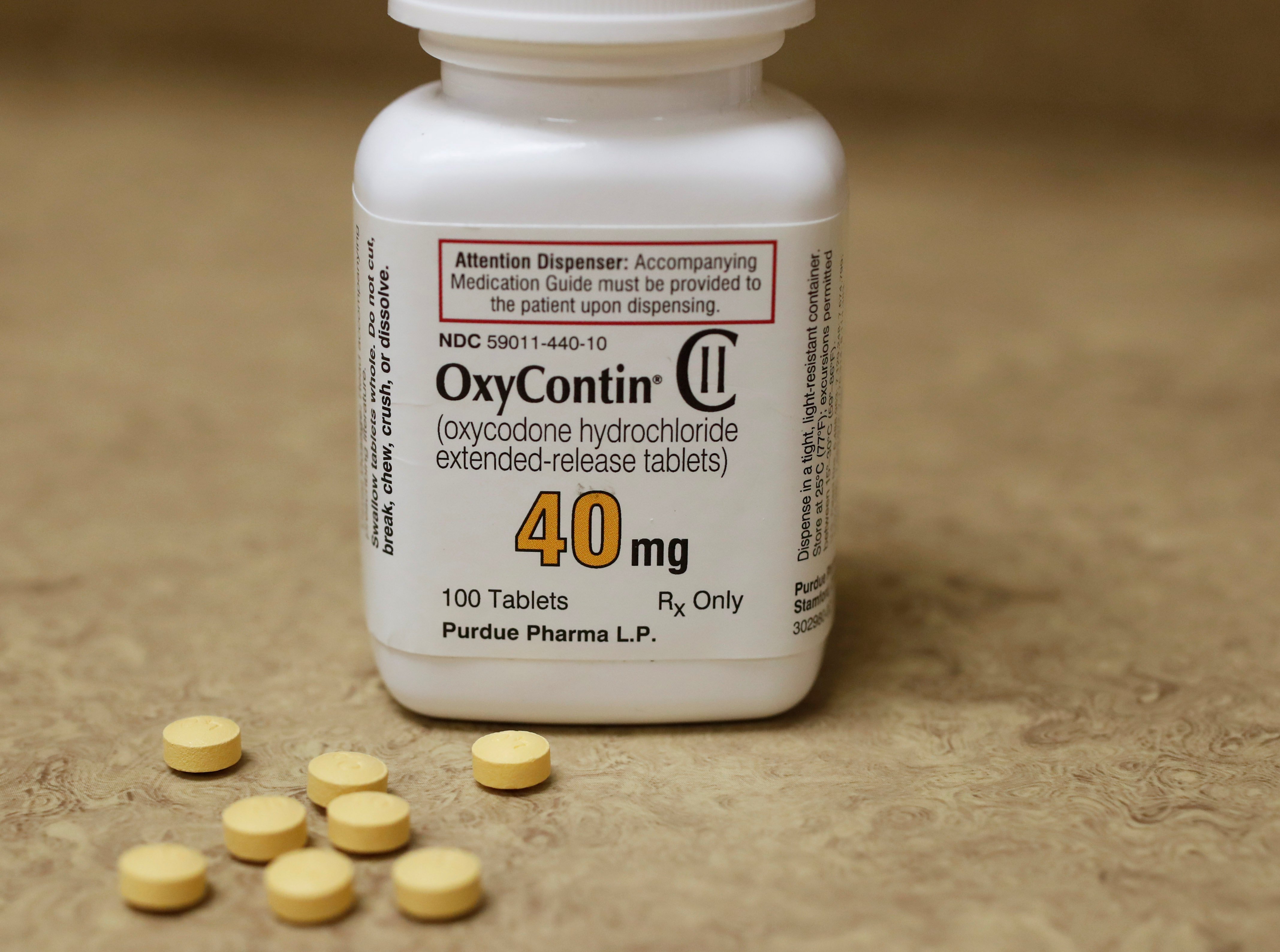 A bottle of prescription painkiller OxyContin, 40mg pills, made by Purdue Pharma L.D. sit on a counter at a local pharmacy, in Provo, Utah, U.S., April 25, 2017. REUTERS/George Frey

The lawsuit first filed by Massachusetts Attorney General Maura Healey in June asserts that Purdue Pharma and members of the billionaire Sackler family, who own the company, covered up the addiction risks of the moneymaking opioid OxyContin.

But much of the information in a nearly 300-page Jan. 15 filing is redacted for members of both the press and public. That includes numerous pages about former sales vice president Russell Gasdia, emails from Massachusetts sales representatives and what appear to be quotes from executives about “aggressive” sales strategies. The complete document could also “shed light on … how much money company executives made,” according to STAT News.

The Sacklers have given away millions for science, medicine and the arts in recent years, but a 2017 DCNF investigation found no evidence the family was using its vast personal wealth to help recovering opioid addicts. The Sacklers were the 19th-richest family in the U.S. in 2016 with an estimated $13 billion net worth, according to Forbes. OxyContin was Purdue Pharma’s biggest revenue stream with $35 billion in sales between 1995 and 2015.