Vermont is quietly seeking to pass a law that gives women the right to have elective abortions up until birth and strips away all rights of unborn babies.

Interference by the state, law enforcement or a public entity with an attempt to procure or induce an abortion is illegal under the proposal. Women have a “fundamental right the freedom of reproductive choice and to prohibit public entities from interfering with or restricting the right of an individual to terminate the individual’s pregnancy,” according to the bill’s text.

An unborn baby also has no rights, according to the bill, which reads, “A fetus shall not have independent rights under Vermont law.” Planned Parenthood was investigated in 2017 for the alleged illegal sale of baby body parts, a practice which would become legal under the Vermont proposal.

If the law passes, late-term abortion doctors can be expected to set up clinics in the state to which women would travel to seek elective abortions until birth.

There are 91 authors of the proposal.

Virginia is considering HB 2491 which would repeal the state’s current restrictions on late-term abortions. The bill would allow a doctor to perform an abortion when a woman is dilating, meaning she is about to give birth. The proposal eliminates the state’s requirement that second and third-trimester abortions be performed only to preserve the health or life of the woman. (RELATED: Gov Northam Tries To Walk Back Infanticide Comments. Sen Sasse Blasts Him Again For Being A ‘Coward’)

The bill also does away with a number of other restrictions, including a mandate that women obtain ultrasounds prior to aborting and that second and third-trimester abortions be performed in hospitals. Opinions from multiple physicians are not required under the proposal. 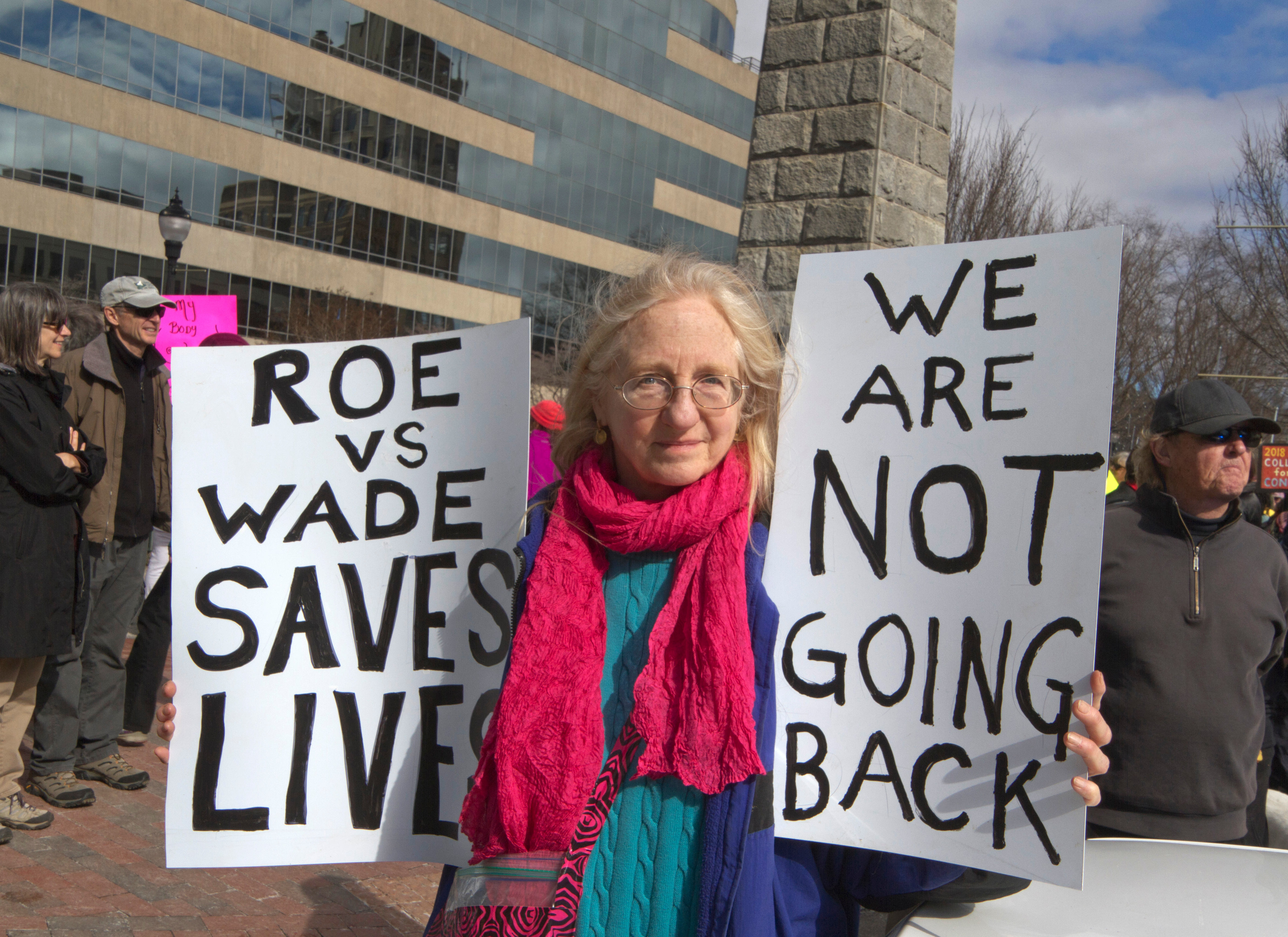 ASHEVILLE, NORTH CAROLINA, USA – JANUARY 20, 2018: An older white woman in the 2018 Women’s March holds signs saying abortion saves lives and that women are not going back to when it was illegal. Shutterstock/J. Bicking

“Democrats have forgone safe, legal and rare and have now staked their ground in abortion extremism,” March For Life President Jeanne Mancini said in a statement. “Abortion up until birth is not only brutishly callous, it is severely out of touch with mainstream America,” Mancini added.