Tom Brady has the next one.

The New England Patriots reached the pinnacle again Sunday night, defeating the Los Angeles Rams 13-3. The Patriots are now tied with the Pittsburgh Steelers for the most Super Bowl titles with six. Brady and head coach Bill Belichick improved their record to 6-3 in Super Bowls. 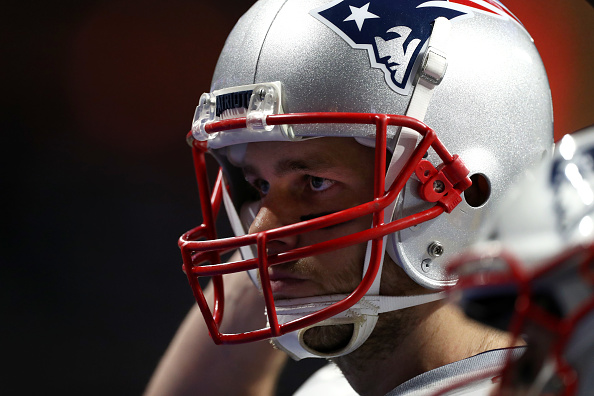 Brady and Belichick’s latest title may have been the most improbable since their first victory over the Rams in Super Bowl XXXVI. New England went 11-5 in the regular season, their most losses in nearly a decade. Once again, many wondered if the franchise’s championship run was over, if Brady was too old, and if the rest of the league could finally exhale. (RELATED: Patriots Favored By 2.5 Points Over The Rams In The Super Bowl)

Those questions were put to rest throughout New England’s Super Bowl run. Brady and Belichick may not be getting any younger, but they don’t appear to be getting dethroned any time soon either.

Perhaps the ultimate legacy of this Patriots run will be it’s durability. There are no words left to describe how impressive this run has been: 13 AFC Championship game appearances, nine Super Bowl appearances, and six Super Bowl titles.

Stephon Gilmore comes down with the big INT of Jared Goff.

And, despite the key cogs in the machine getting older, it has shown no sign of breaking down. In fact, it has just become better with age, like a fine wine.

Brady and Belichick secured their legacy as the best to ever do it long ago, but Sunday night showed they aren’t done grabbing titles.