Republicans will turn on President Donald Trump if he declares a national emergency in order to build a wall along the southern border, The New York Times reported.

“The whole idea that a president — whether it’s President Trump or President Warren or President Sanders — can declare an emergency and then somehow usurp the separation of powers and get into the business of appropriating money for specific projects without Congress getting involved is a serious constitutional question,” Republican Texas Sen. John Cornyn said Monday, The New York Times reported.

“It would be a bad precedent, I think, for the president to decide to invoke national security as a way to bypass a congressional logjam,” GOP Pennsylvania Sen. Patrick Toomey also said, The NYT reported. “And I can imagine future presidents using that for purposes I would find very objectionable.”

Other Republican leaders also expressed concern over Trump’s threat to declare a national emergency in order to build a wall to prevent illegal immigrants from entering the country. Among those voicing worry are Republican Sens. Marco Rubio, Roy Blunt and Lamar Alexander, according to The NYT. (RELATED: Bernie Is Giving His Own SOTU Response And Some Progressives Aren’t Happy About It)

“I don’t think much of that idea,” Senate Majority Leader Mitch McConnell said in early January. “I hope he [Trump] doesn’t go down that path.” 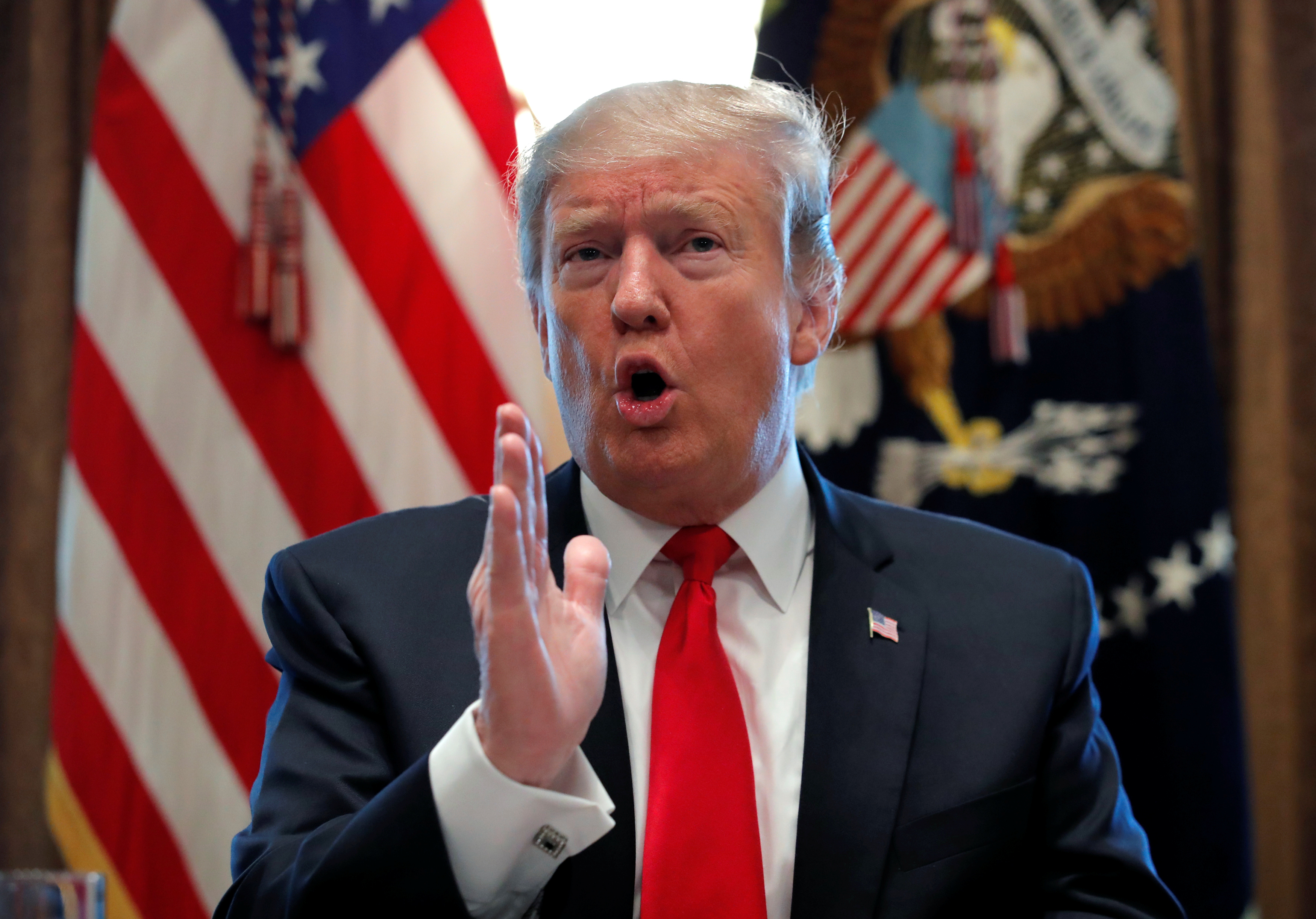 U.S. President Donald Trump speaks during a meeting to “discuss fighting human trafficking on the southern border” in the Cabinet Room of the White House in Washington, U.S., February 1, 2019. REUTERS/Jim Young

Republican Sen. John Thune of South Dakota has also rejected the option to declare a national emergency in order to build the wall, according to The Hill.

“[T]here could be a war within the Republican party over the wall,” according to South Carolina Sen. Lindsey Graham.

The shutdown, which began Dec. 22, centered over a battle on border wall funding. It was the longest in U.S. history, lasting 35 days.

Trump reopened the government from Jan. 25 until Feb. 15 in order to get a funding deal for the border wall. He demands $5.7 billion, but Democrats in Congress have refused.

“I think there is a lot of uneasiness about it, both because of the courts and secondly, because obviously it could seize dollars that have been directed by Congress for other issues,” Republican Sen. Bill Cassidy said, according to The Washington Examiner.

Trump is expected to address the status of the wall during his State of the Union address Tuesday night.

“You are also going to see the president call on Congress and say, look, we can either work together and get great things done or we can fight each other and get nothing done,” press secretary Sarah Sanders said in a preview of the president’s speech.

Border wall apprehensions jumped 61 percent in the first quarter of 2019, according to data from U.S. Customs and Border Protection.