Many of the female Democratic lawmakers stood and cheered after President Donald Trump trumpeted the increase of employment of women in the U.S. during the State of the Union speech Tuesday.

“You weren’t supposed to do that … thank you … Don’t sit yet, you’re going to like this,” Trump said after many of the Democratic lawmakers in the Rotunda stood and applauded his comments praising the high number of women in government.

Democratic New York Rep. Alexandria Ocasio-Cortez and others wore white during the speech as a form of unity. Other Democrats also expressed support for Trump’s comments. (RELATED: JOE MANCHIN STANDS UP, SMILES, GIVES TRUMP A WINK OF APPROVAL DURING SOTU)

“No one has benefited more from our thriving economy than women, who have filled 58 percent of the new jobs created in the last year,” he said to rousing cheers. “All Americans can be proud that we have more women in the workforce than ever before — and exactly one century after the Congress passed the Constitutional amendment giving women the right to vote, we also have more women serving in the Congress than ever before.” 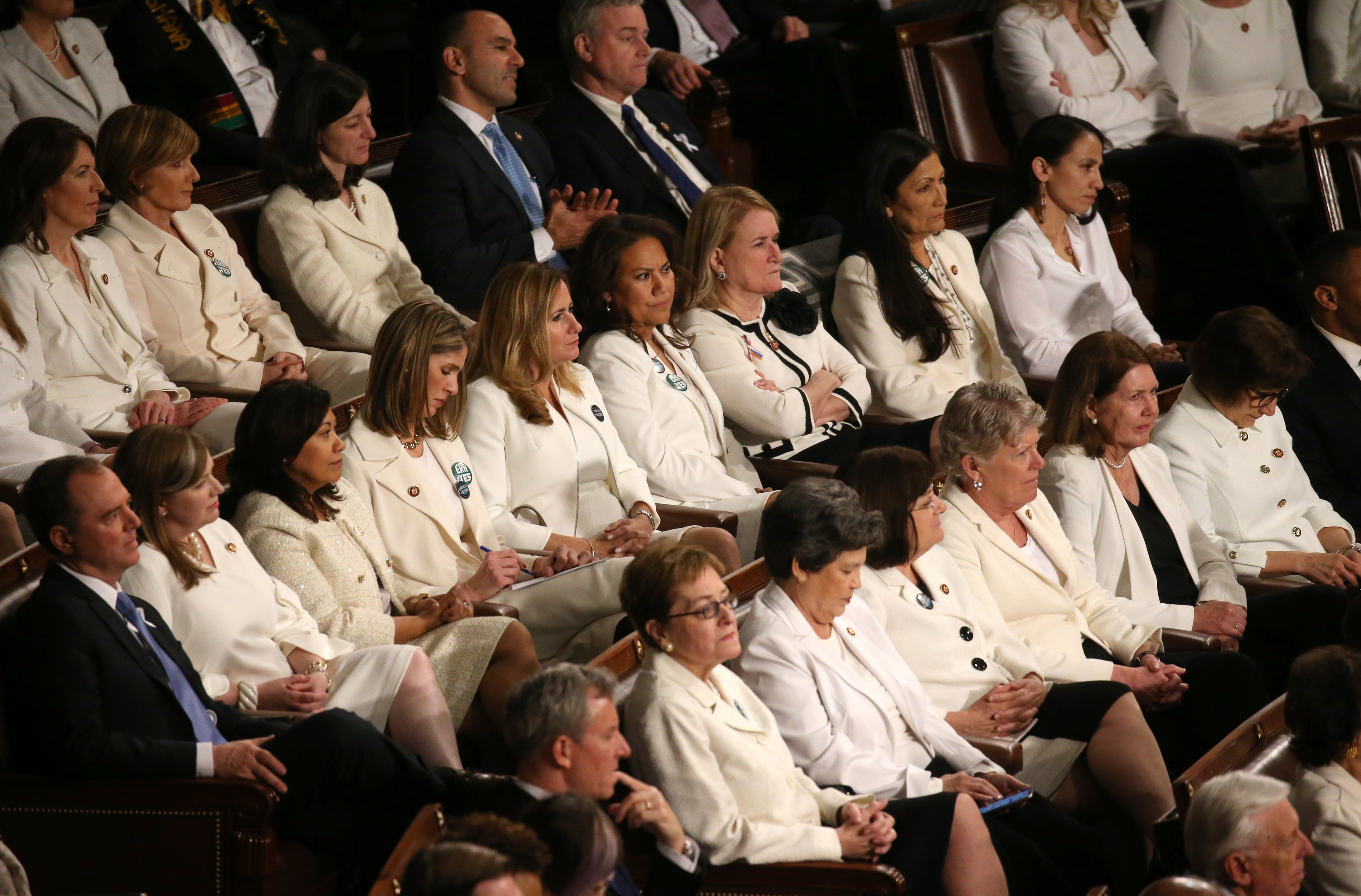 Democratic women of the U.S. House of Representatives listen to U.S. President Donald Trump’s second State of the Union address to a joint session of the U.S. Congress in the House Chamber of the U.S. Capitol on Capitol Hill in Washington, U.S. February 5, 2019. REUTERS/Leah Millis

Trump added: “As part of our commitment to improving opportunity for women everywhere, this Thursday we are launching the first ever government-wide initiative focused on economic empowerment for women in developing countries.”